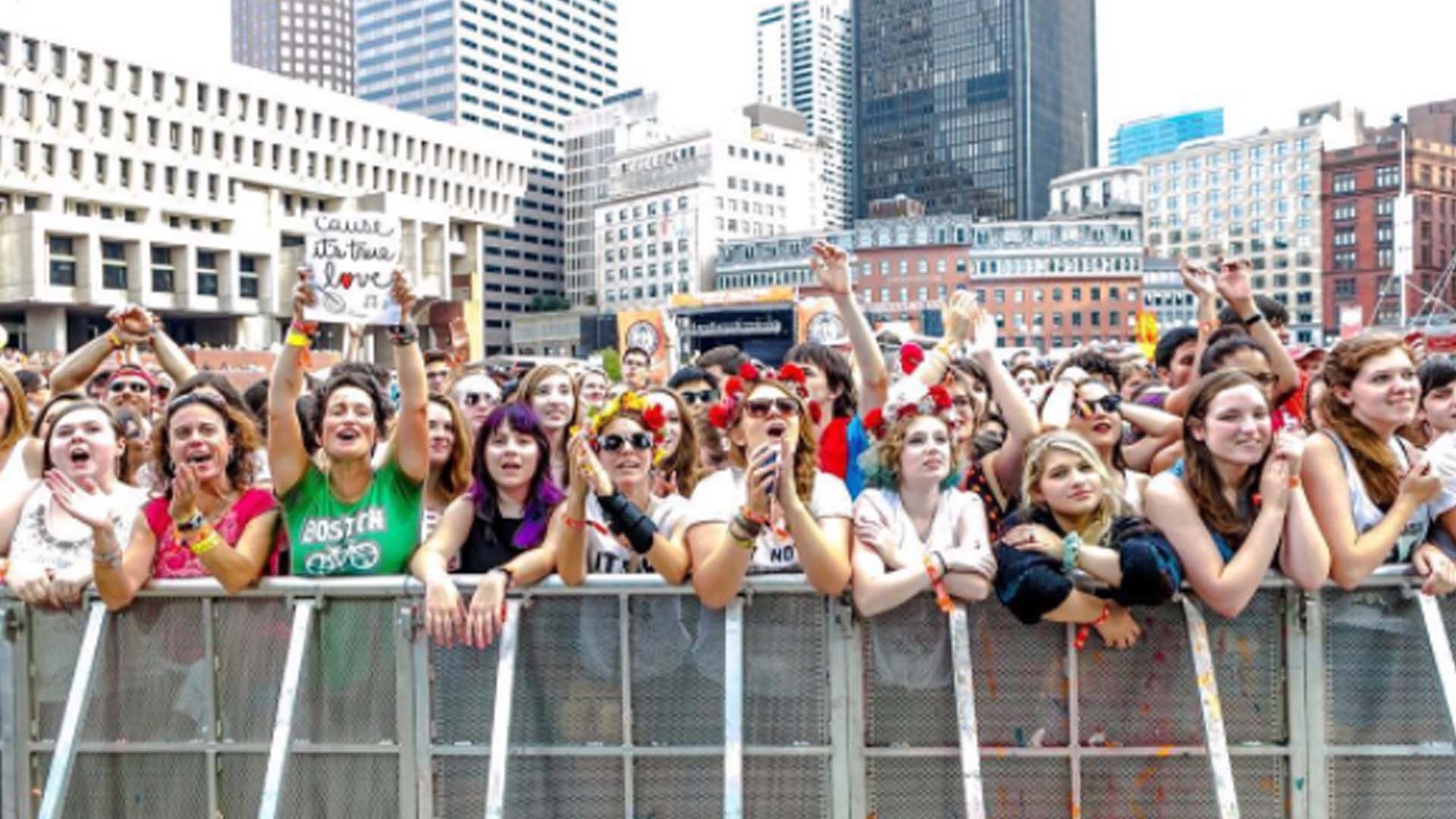 Boston Calling is an indie festival no more. The fest previously held city-center took its first turn at the Harvard Athletic Complex for the 2017 rendition.

Just like the quick turn-around from organizers, the weather also did a 180-degree turn. Friday afternoon, as the festival got under way, the skies were gray and rain was a constant threat. Although, witnessing Bon Iver’s set amongst the rain was nothing short of magical. But by the time Chance the Rapper was ready to take the stage, the rain dwindled to a halt and we were all in for a treat.

The crowd witnessing Francis and the Lights’ set may have already gotten a surprise appearance from Chance (with coordinated dance moves!), but now it was the Chicago rapper’s time to shine solo. The “All We Got” rapper started things with a bang (literally—there were fireworks) before coming out to a second stage behind the sound booth for “Same Drugs”. The set featured fan-favorites both old and new such as “No Problem” and “Cocoa Butter Kisses”, making the perfect end to day one.

By Saturday morning, skies were clear and the temperatures were creeping into a comfortable mid-60s that would last the rest of the festival. The near-perfect weather would serve as a backdrop to amazing sets by Tegan and Sara, The xx, Nathaniel Rateliff and the Night Sweats, Oh Wonder, and The 1975. As a longtime fan, a highlight of day two was the killer, foot-stomping set from Brandi Carlile. The folk singer effortlessly weaved through her catalog, revving the crowd into a frenzy for “Mainstream Kid” before slowing it down for “The Story”.

The day ended on another high-note with a nearly two-hour set from Mumford & Sons. The “Little Lion Man” band rolled through fan-favorites new and old, deep cuts, and even tested out a new song on the crowd. The entire set was highlighted by a backdrop that consistently deconstructed itself before our eyes, before literally lighting on fire during the last song, “Dust Bowl Dance”. After a brief exit from the stage, the band returned to play “I Will Wait” and ended the entire night with a rendition of “With A Little Help From My Friends”, complete with assistance from Brandi Carlile and Nathaniel Rateliff.

By the time I caught my train back to New York City, I was left with the impression that Boston Calling is a bare bones festival, and that’s a good thing. Instead of focusing on flashy games, gourmet food, or extensive fireworks, the fest was all about community and music. The lineup will undoubtedly be one of the best all summer and the feeling of inclusivity was one for the books. The three-day weekend featured a range of artists with unique sounds that all brought their own vibe to the Boston stages. Every set was a party all its own, but what didn’t change was the safe and inviting community each artist built and sustained throughout the weekend.