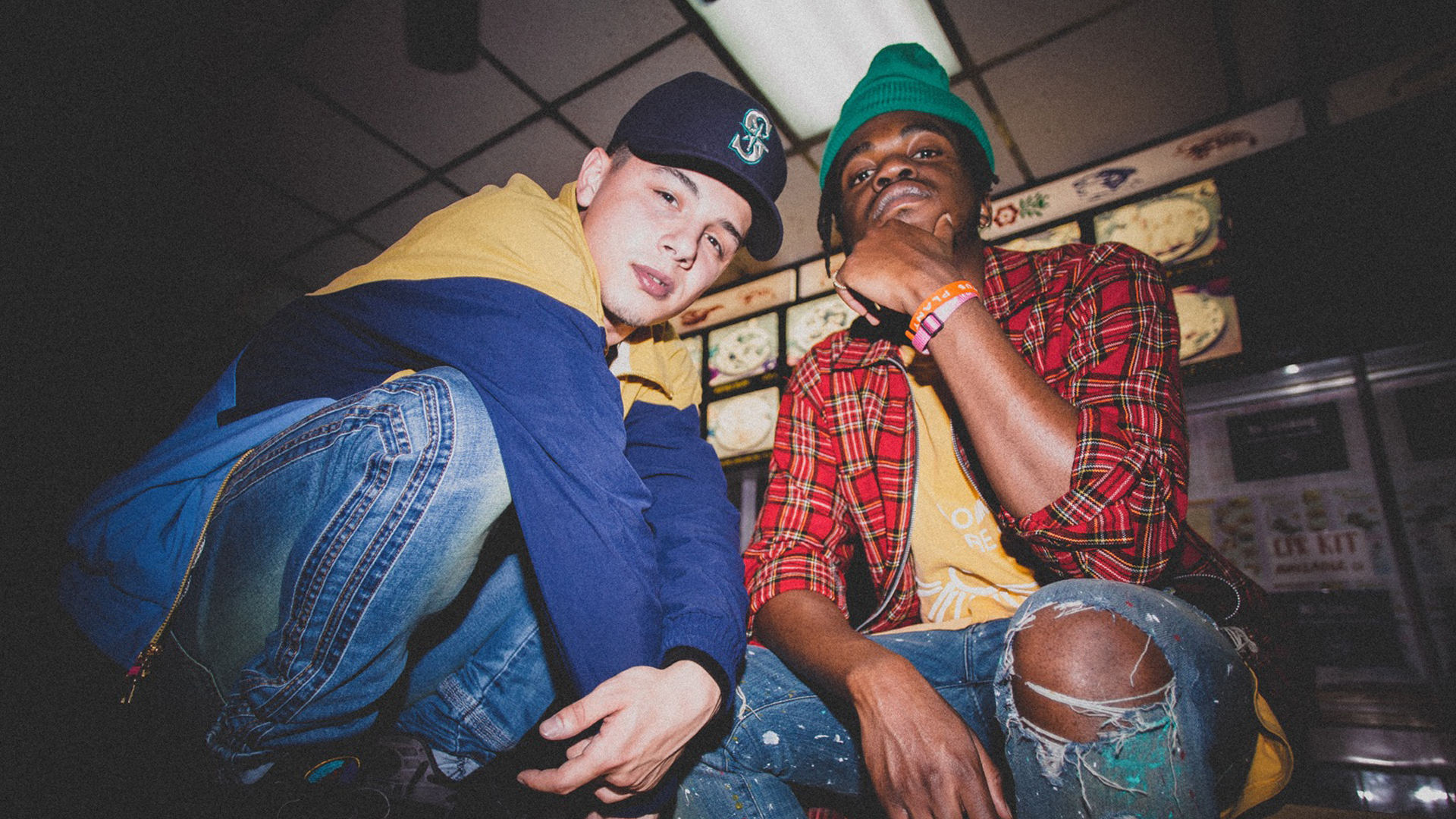 What do you get when you mix Nyck Caution’s lyrical wizardry with Kirk Knight’s hard-hitting productions? The dream team that is Nyck @ Knight. While both New York City rappers have seen success with their own solo endeavors, the new collab puts the raw talents of both artists on display like never before, as evidenced on tracks like “Off The Wall” and “All Night”. One listen through their recently released project and it’s clear—this is a partnership that gels, no explanation needed.

Since Nyck @ Knight hit the web last month, the project's eight tracks have already amassed over 1.3M streams on Spotify. The only song that sees any features is “Audiopium”, which has contributions from other Pro Era members including Rokamouth, Dirty Sanchez, Dessy Hinds, Aaron Rose, CJ Fly, and Joey Bada$$.

To promote their self-titled release, the "Dial Up" creators hit the road for a 10-date run, which will bring them to cities across the US from Boston to Minneapolis. Next on their agenda? A performance tonight at S.O.B's in New York City.

Before they arrived in the city they call home, Nyck Caution and Kirk Knight let us know what tracks keep them focused on tour and why. Check out the playlist below, then make sure to Track them on Bandsintown to stay up-to-date on all their touring news.

"I heard this record when doing press in London town and fell in love with it and found out who it was and linked up with him." – Kirk

"This is the song I always drive around to." – Kirk

"This song always reminds me of the beach." – Kirk

"Reminds me of childhood." – Kirk

"That was the song that showed me real emotion in music." – Kirk

"My favorite song off the project." -Kirk

"My favorite song off the project." - Nyck

"I was a Kid Cudi fanatic, and this is like the theme song to my life." – Nyck

"The beat is ridiculous, and I was a big shady records fan." – Nyck

"Two of my favorites rappers that I never thought would collab and they ended up making a dope record." – Nyck

"Love this song before I was given a chance to be on this. So it’s a double win." - Nyck