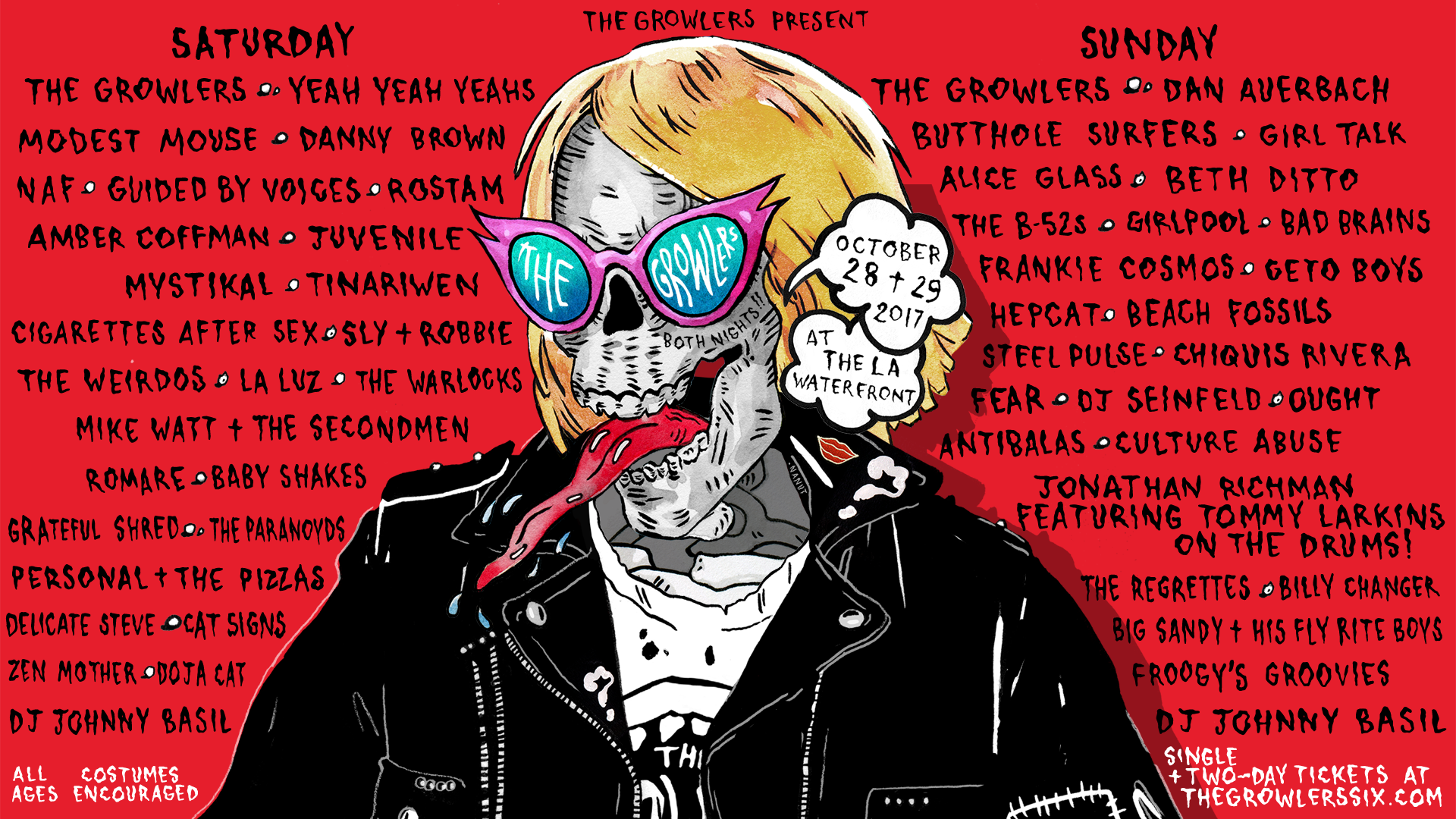 Few things get us in the Halloween spirit like attending an event thrown by SoCal cult heroes, The Growlers. For the past five years in October, the City Club masterminds have blessed music lovers with their annual festival in Los Angeles, where they encouraged attendees to arrive costume-ready. This year, they'll be throwing a new two-day event, appropriately titled The Growlers Six, which will take place on October 28 and 29 at the LA Waterfront.

While the lineup was revealed earlier this month, we're stoked to announce the day-by-day lineup for this sure-to-be-epic weekend. Saturday, October 28, will kick off with performances from a wide-range of artists including Yeah Yeah Yeahs, Modest Mouse, Danny Brown, Nice As Fuck, Guided by Voices, Baby Shakes, and Juvenile. The following day, Sunday, October 29, means sets from The Black Keys' Dan Auerbach, Butthole Surfers, Girl Talk, Beth Ditto, Alice Glass, The B-52s, and Girlpool. As is tradition, The Growlers will be taking the stage both nights.

Fans will also be able to purchase single-day tickets, which are available today at 3:30 p.m. PST via thegrowlerssix.com.

Check out the daily lineups for the genre-defying festival, pack your best pre-Hallows' Eve ensembles, and Track all the artists on Bandsintown below! We'll see you there! 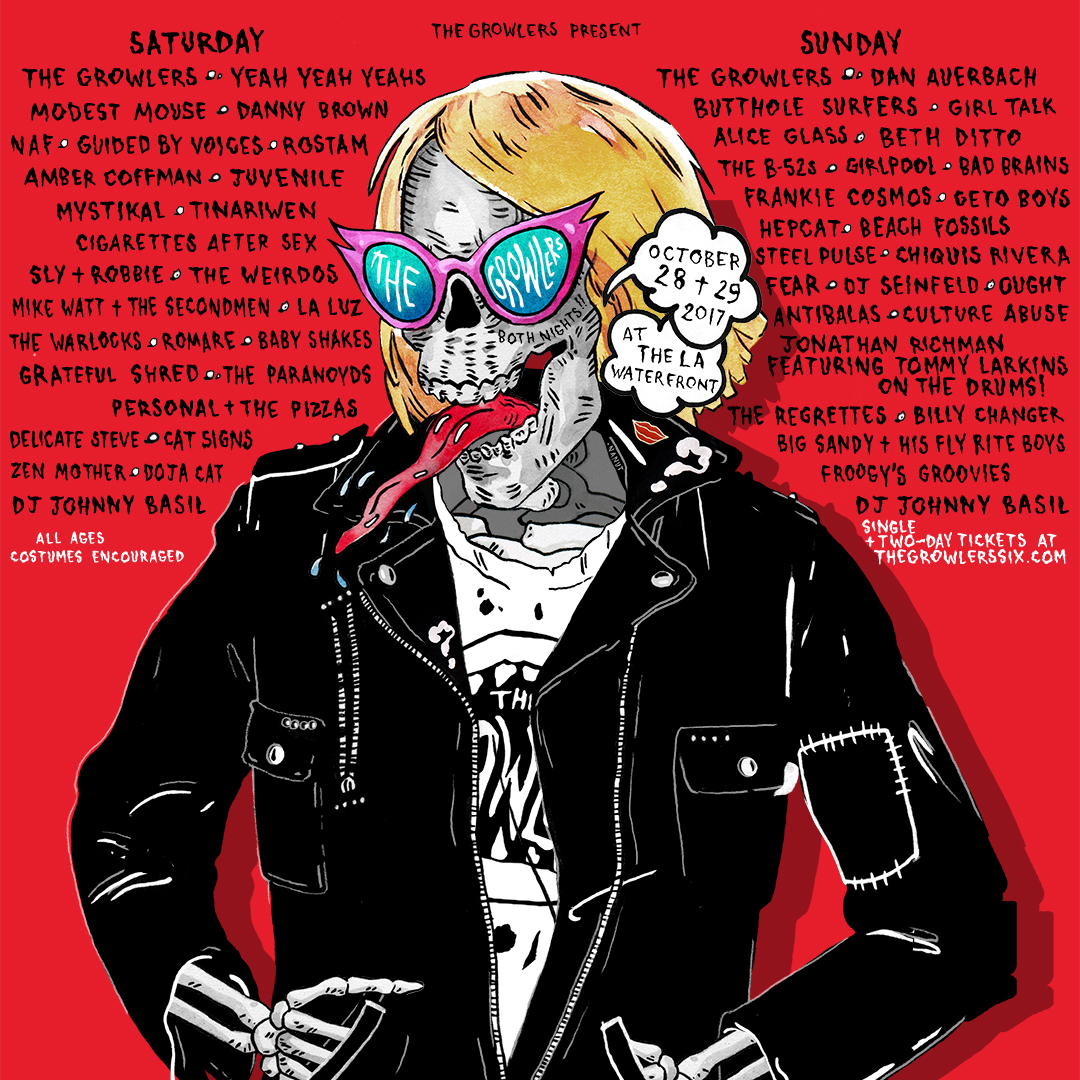