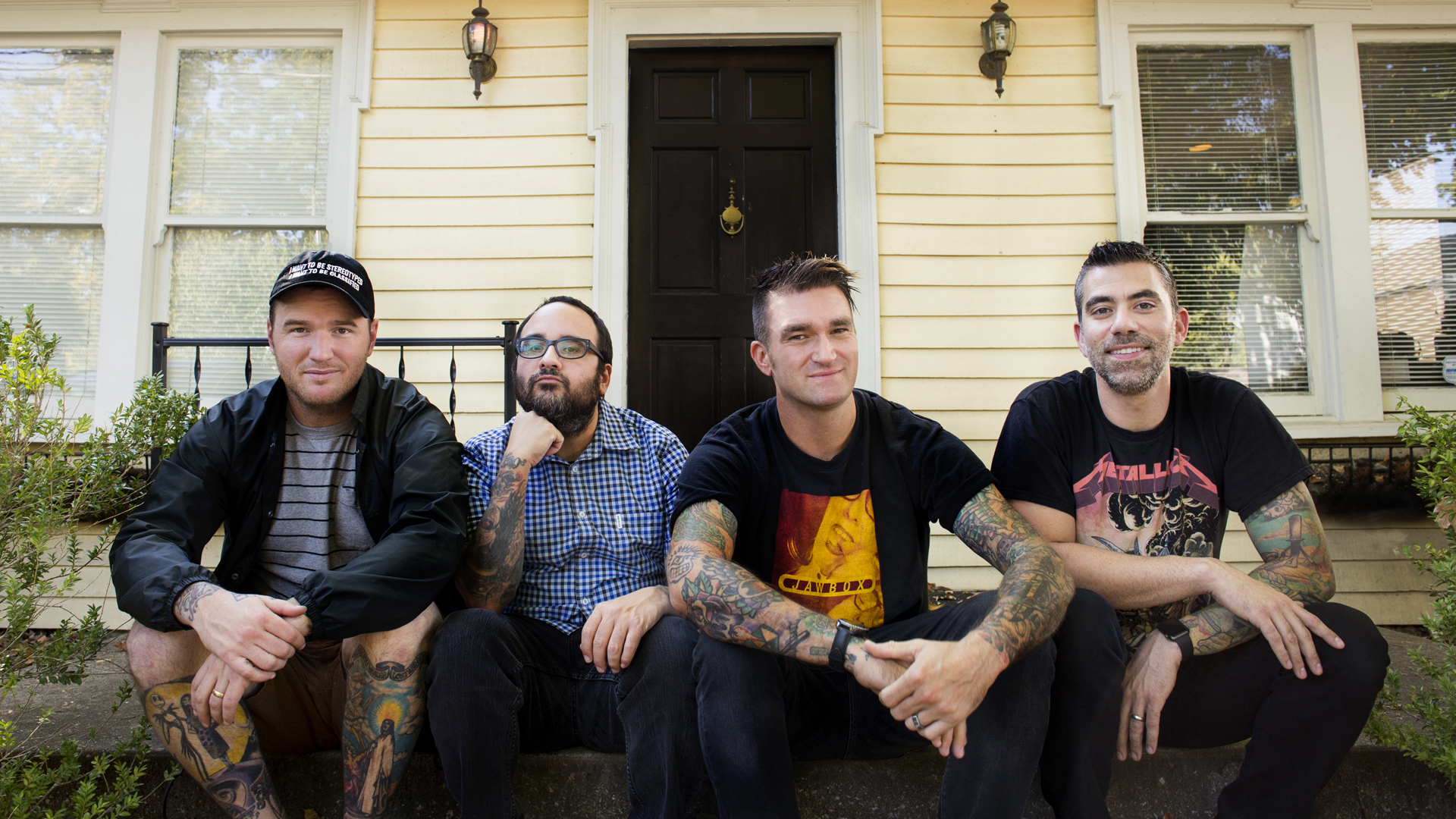 In case you missed the memo, New Found Glory traveled far and wide earlier this year to celebrate 20 years together as a band—an accomplishment that has brought us nine studio albums, tons of singles, and countless unforgettable live shows. Hitting cities across the US such as Baltimore, Boston, NYC, St. Louis, and Orlando, the four-piece took on the task of playing two albums in their entirety (released prior to 2010) at each stop along the way. Yes, that means that fans in attendance got to hear gems such as Sticks and Stones, Coming Home, Catalyst, Nothing Gold Can Stay, and Not Without a Fight in full.

The next stop on their 20 Years Of Pop-Punk Tour? The UK, baby. Kicking off on September 20 in Cardiff, NFG will be playing shows everywhere from Oxford to Bristol before wrapping in London on October 8. 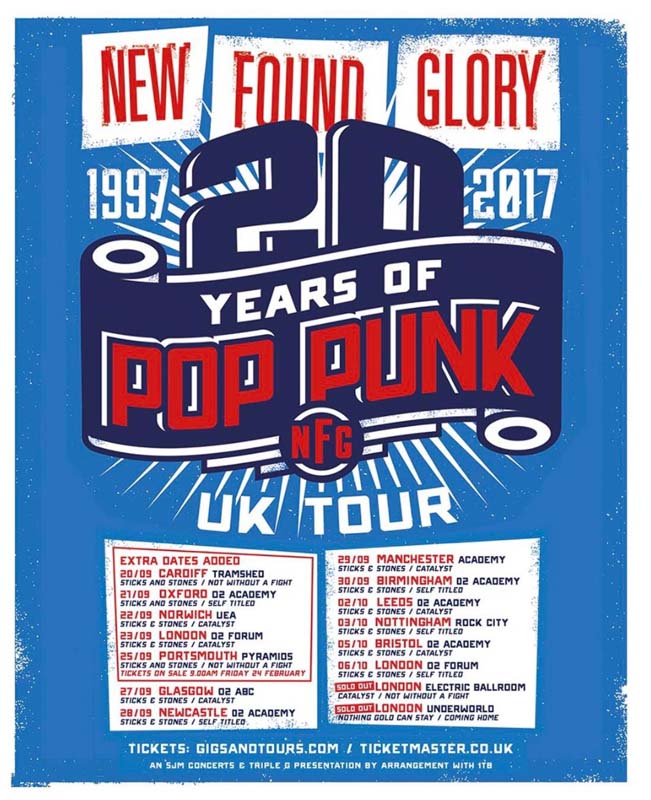 While we can only imagine how pumped fans in the UK are, we can confirm that band members—Chad Gilbert, Jordan Pundik, Cyrus Bolook, and Ian Grushka—are equally as stoked about their upcoming run. We linked up with the band's drummer, Cyrus, to find out exactly what he's most excited to check out overseas. From Nando's (PERi PERi chicken for the win) to Sauchiehall Street, check out what made the "All Downhill From Here" musician's bucket list below! 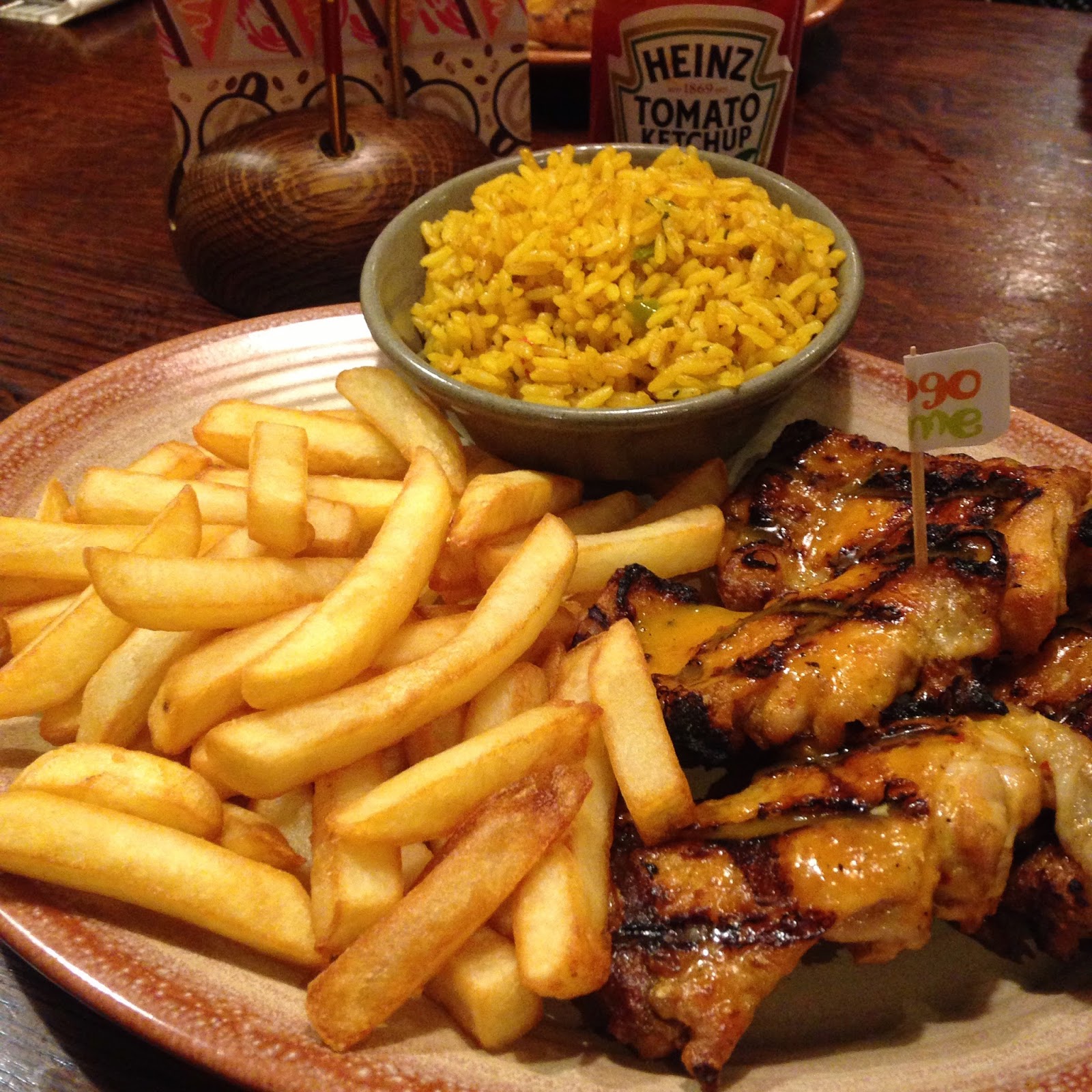 If you follow any NFG members on social media, then you’ve surely seen us post and rave about Nando’s. Although it’s nothing special on the outside—a massive chain with locations in like 30 countries including a few in the US—it was in the UK where we first experienced this PERi-PERi chicken restaurant, and the special blend of spices (that they use for both their chicken and chips) left our mouths watering anytime we think of the place. It’s a definite “must visit” anytime we see one. 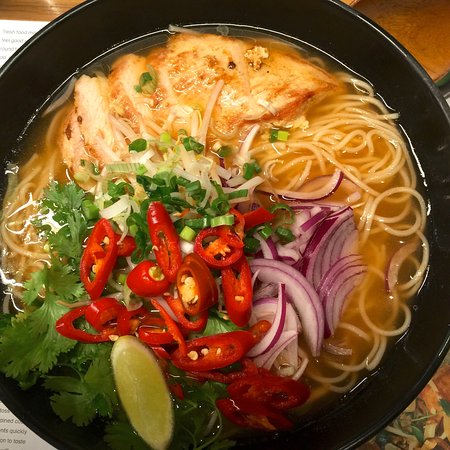 Nothing is better than crushing a huge bowl of Chili Chicken Ramen, especially on a day-off when you don’t have to worry about it weighing you down! It might not be at the top of our restaurant list for the UK, but given that it’s hard to find elsewhere (I think there are finally a few locations in the US!) I usually visit Wagamama at least once while in the UK. 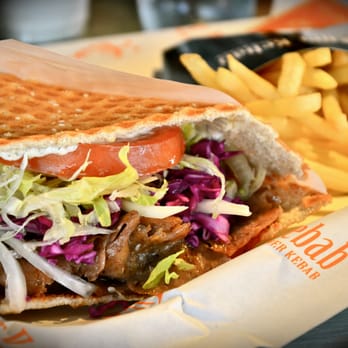 I'm actually half Iranian (my father was born in Iran), so I have an affinity for Middle Eastern cuisine. Plus, when our shows are over and the venues and clubs close down, the food options can be scarce, but if you happen to come across a kebab shop, it’s sure to be open. For us, this isn’t something you see that much in the US (probably because so many people drive and don’t walk or take public transit), so if I’m hungry late (which is almost a guarantee after playing 27 songs a night), I will never say no to doner kebab and chips with sweet chili sauce! 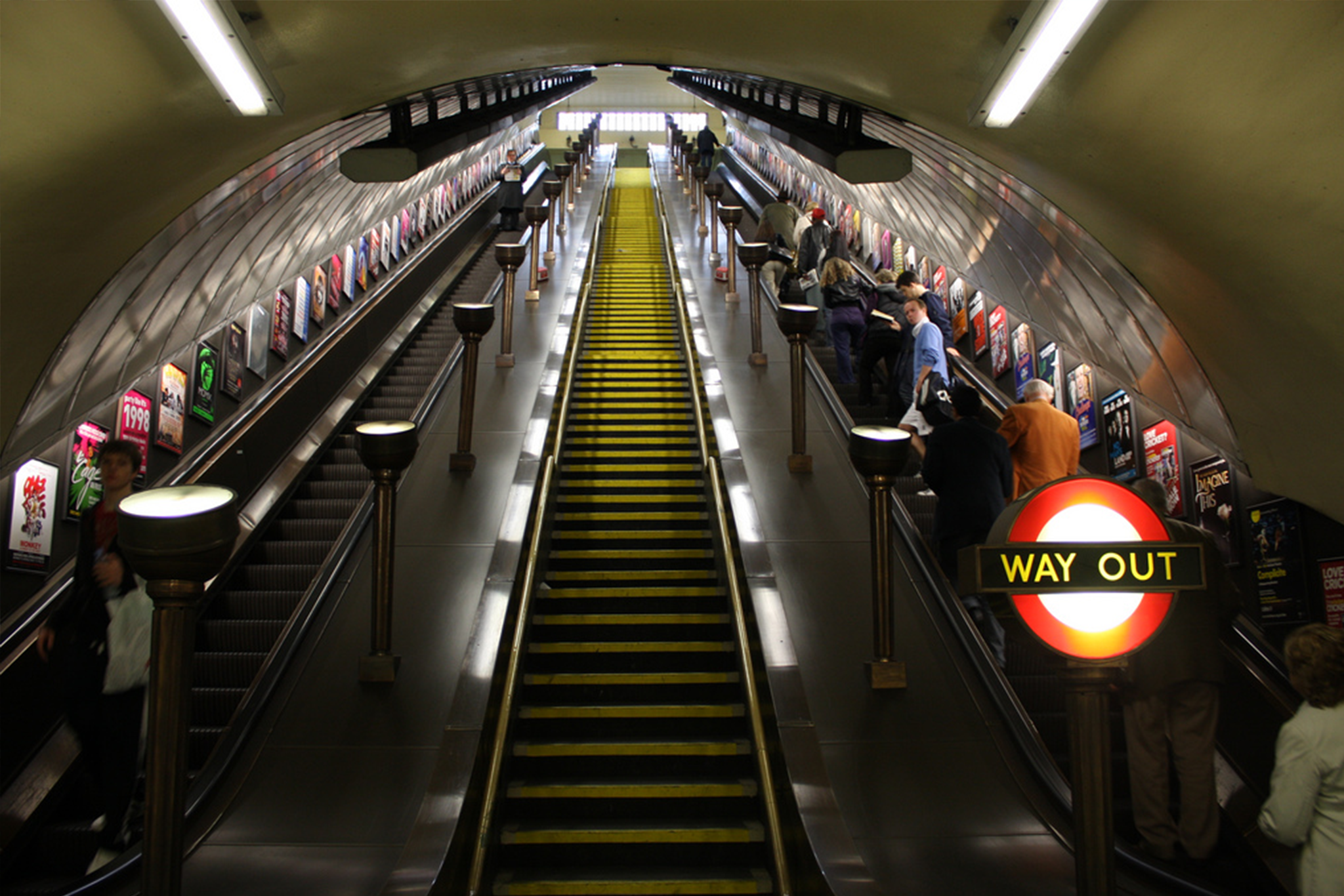 Being from South Florida, we don’t have an underground rail system, or even a rail system at all. So I absolutely love to hop on the tube whenever possible to navigate around London to make myself feel like a local! Plus, it’s way cheaper than taking taxis or even Ubers everywhere, and luckily with all the apps out there for our smartphones, I can pre-plan my journey so I know exactly which tube lines to take and avoid total confusion when at the stations/turnstiles. 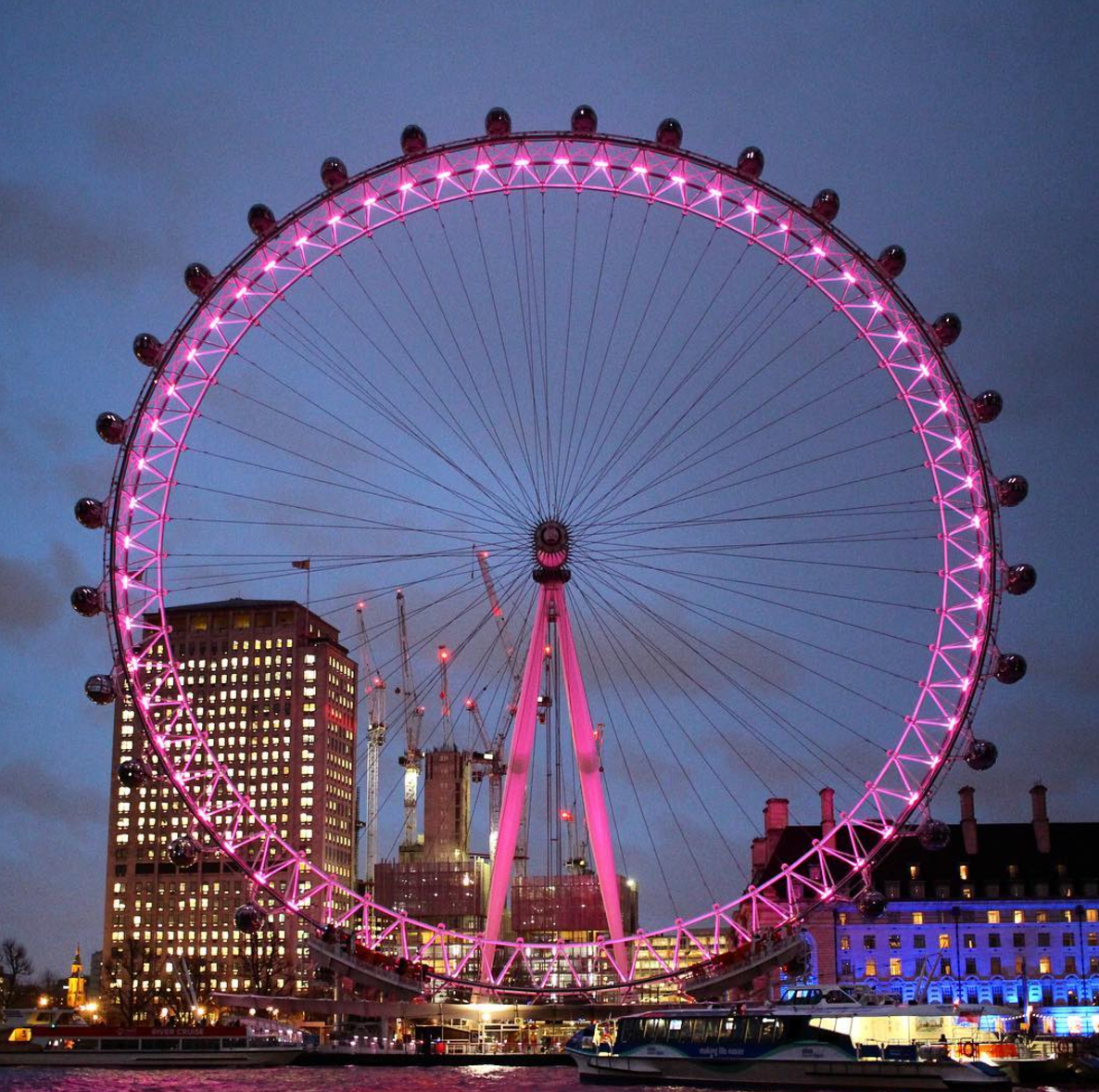 This tour will see us spend at least 4 days in London, and I plan to try to make the most of my time while there. I’ve been fortunate enough to have traveled to the UK probably 20+ times in my career, and it’s astonishing even to me that I haven’t seen some of the most famous landmarks/tourist attractions at least once over these 20 years! So this time I plan to change that, and the London Eye is just one of many things on my list of stuff to do while in London.

I grew up as a football (or soccer as we Americans call it) fan and player, playing practically my entire childhood all the way up to and throughout high school. So naturally I have a great respect for the Premier League and have always wanted to attend a match. Of course we’re almost always playing shows on the days when there are matches nearby, but if there’s a chance to catch a game this time around, I don’t think I can pass it up, no matter which teams are playing. 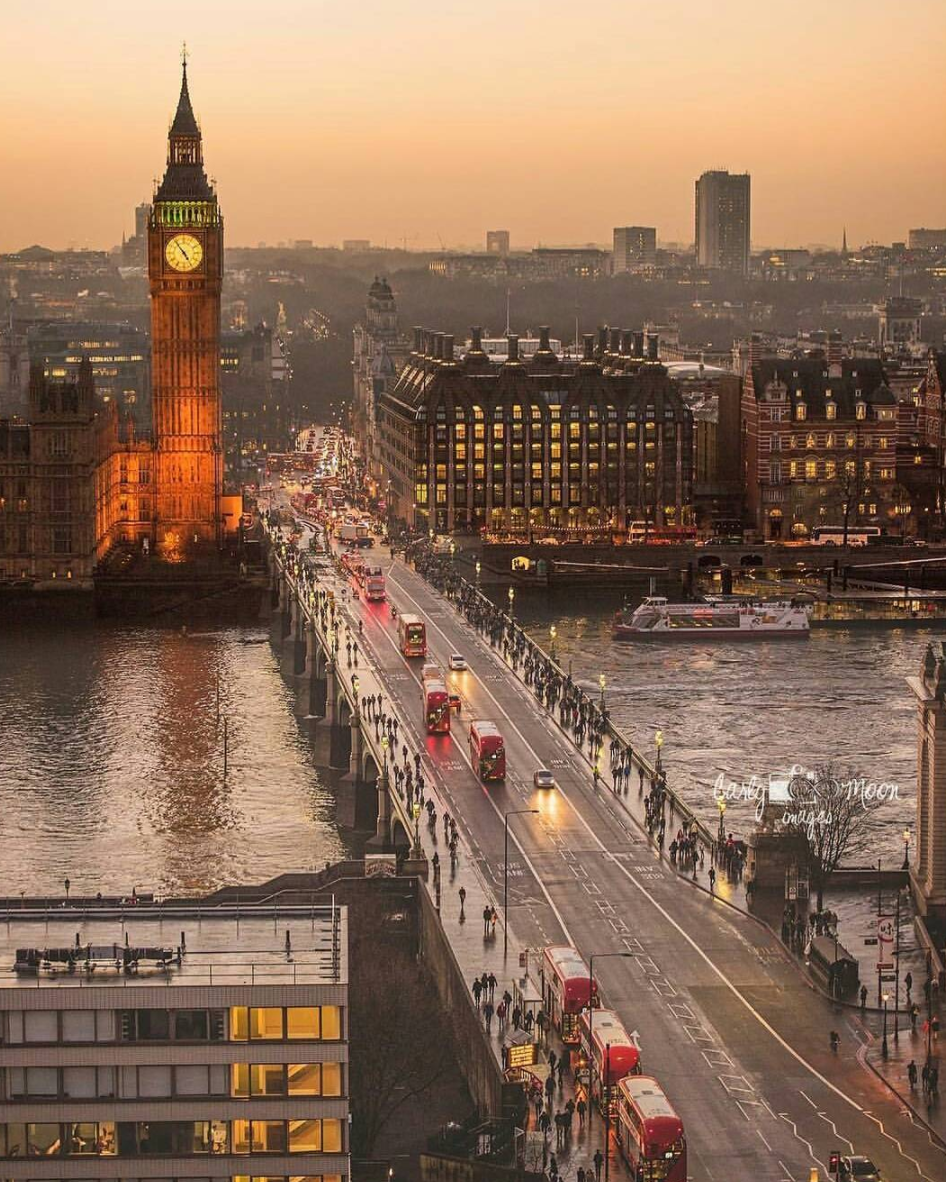 Unfortunately I’ve just read that Big Ben is under construction for the first time in over 30 years, and won’t be ringing while we’re there, but I still would like to visit once again. I’ve only walked near it to take a passing picture, but this time around I might want to spring for a tour of the Houses of Parliament, just to see the inside and get a feel for the buildings. After all, there’s not many places in the US where you can walk into a building that’s over 1,000 years old and follow in the footsteps of royalty while doing so! 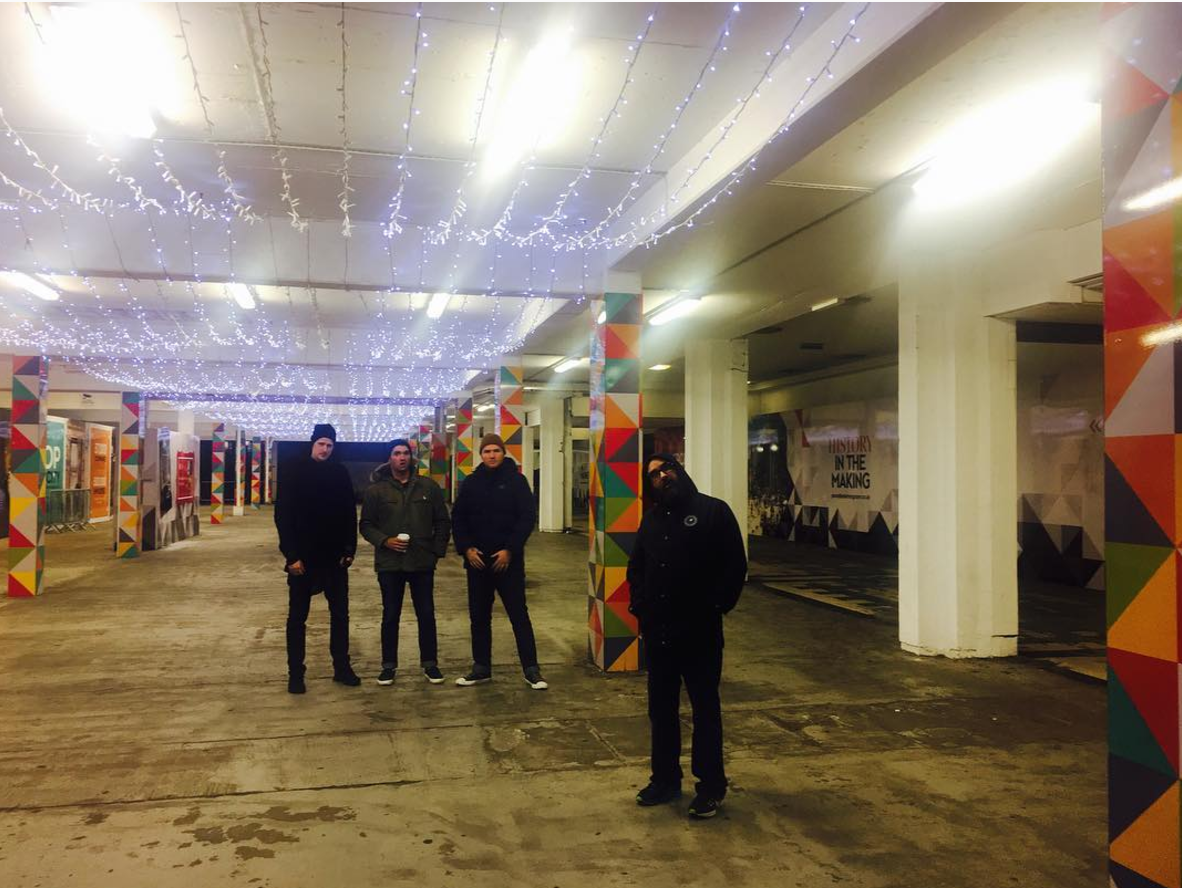 I’m not a big shopper, but for some reason every time we come to Birmingham it seems that I end up spending some time at/around the Bullring shopping area. Whether it’s just for a bite to eat or just an excuse to walk around, I’m sure this time will be no different!

Another place that’s just an excuse for me to walk around, it seems as though every time we play in Glasgow we’re at a venue that’s located on or near Sauchiehall Street, and this time is no different. You’ll definitely spot me walking down the street, whether it’s to eat at Nando’s (conveniently located across the street from the O2 ABC), or just to get away from the venue and get some fresh air before soundcheck.

+ check out photos from their previous UK tour! 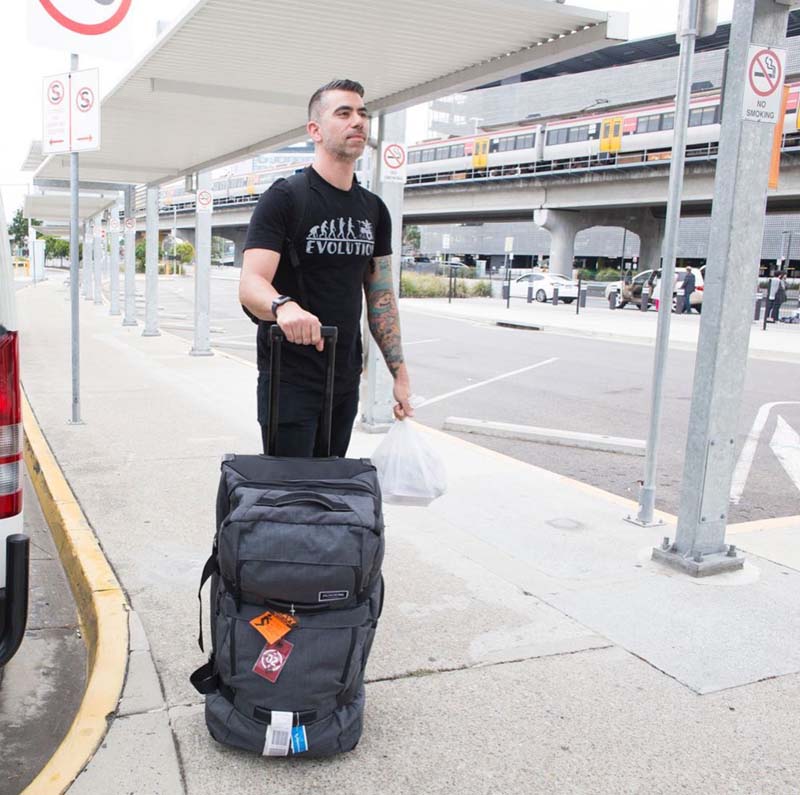 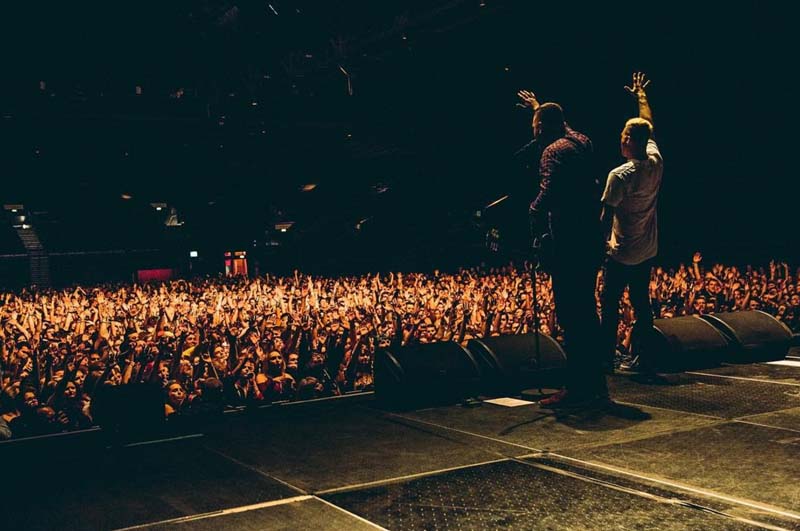 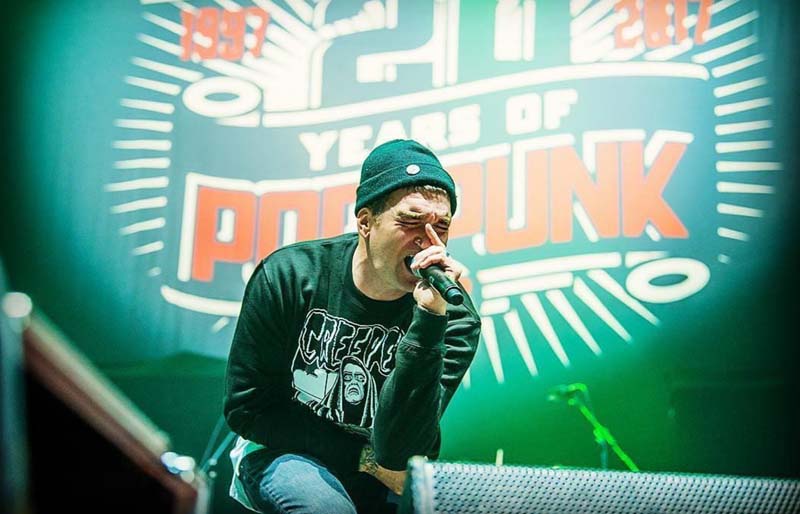 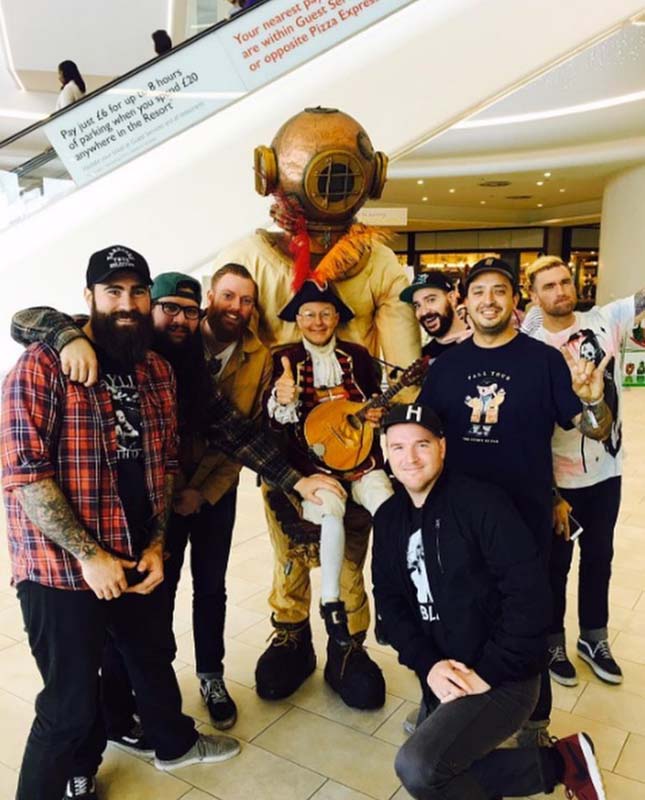 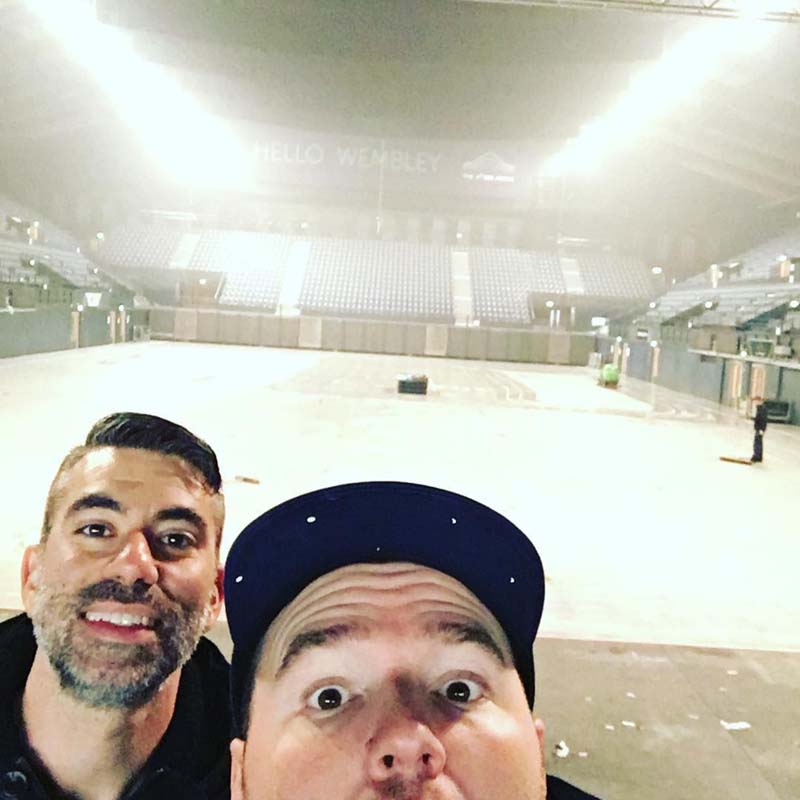 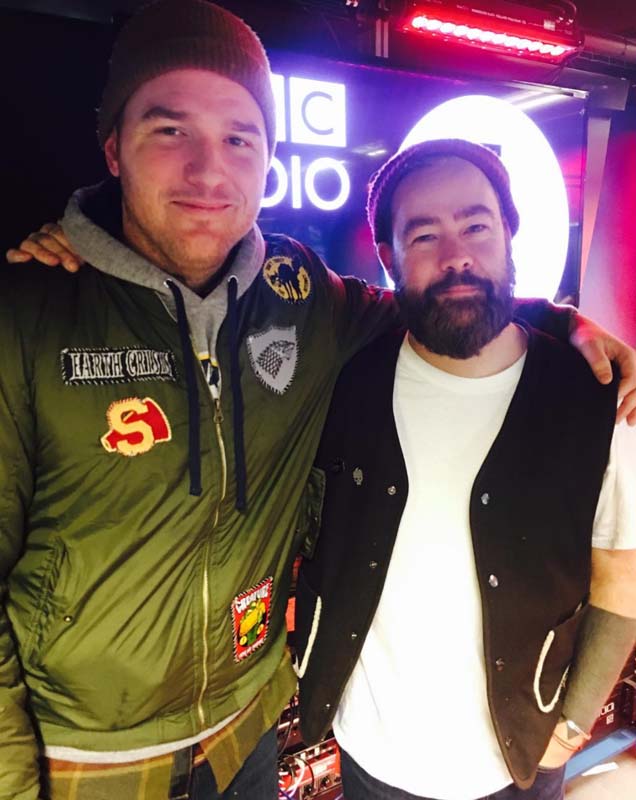 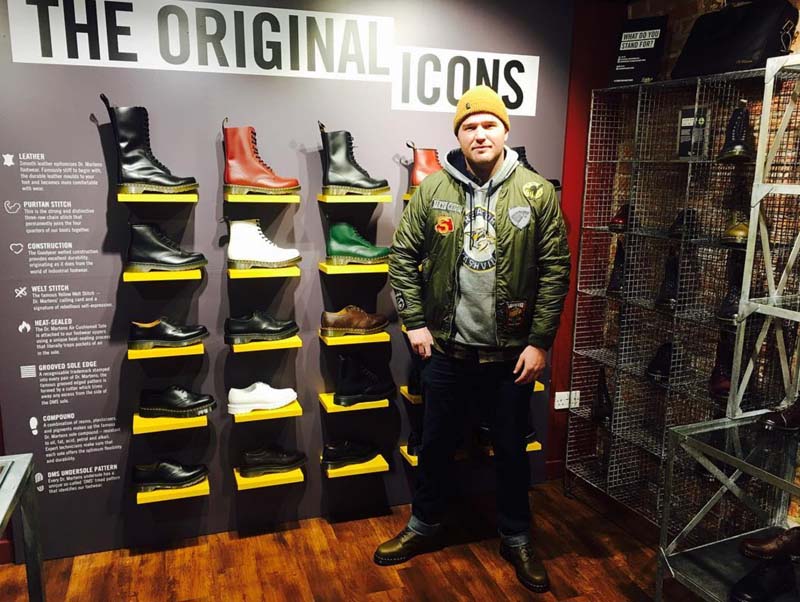 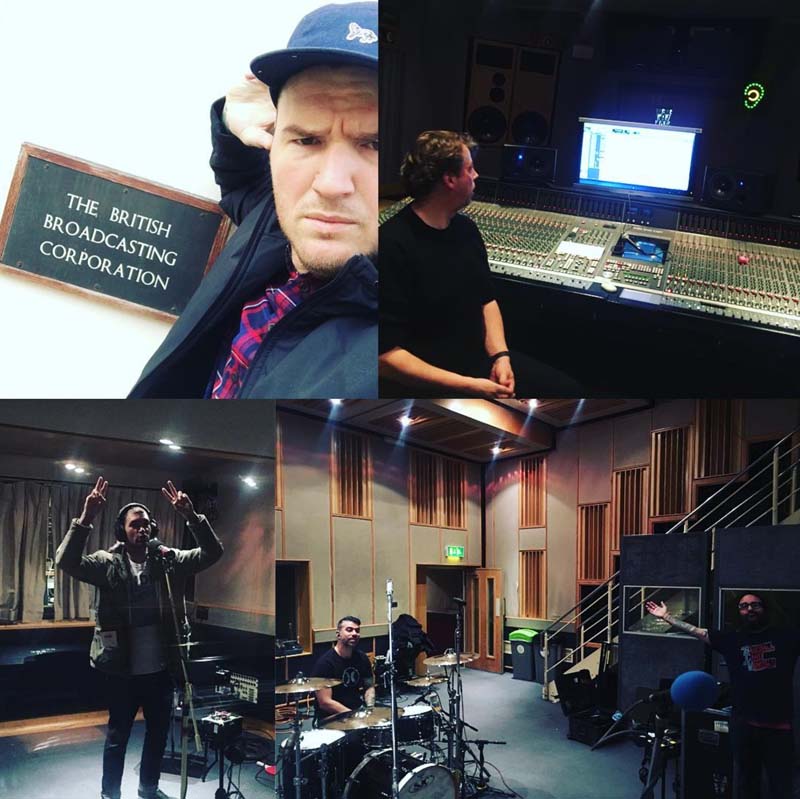 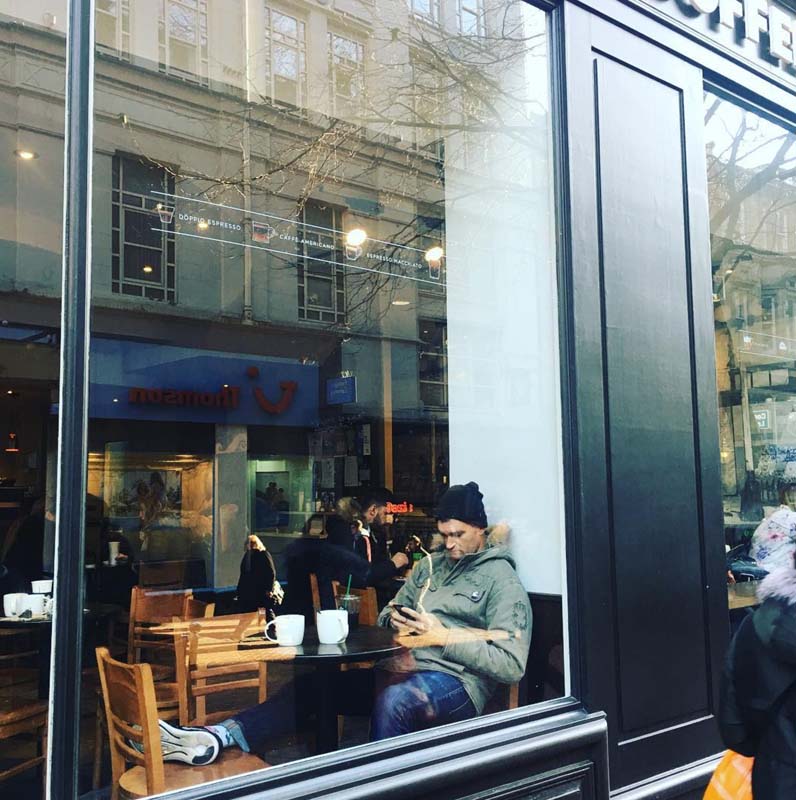 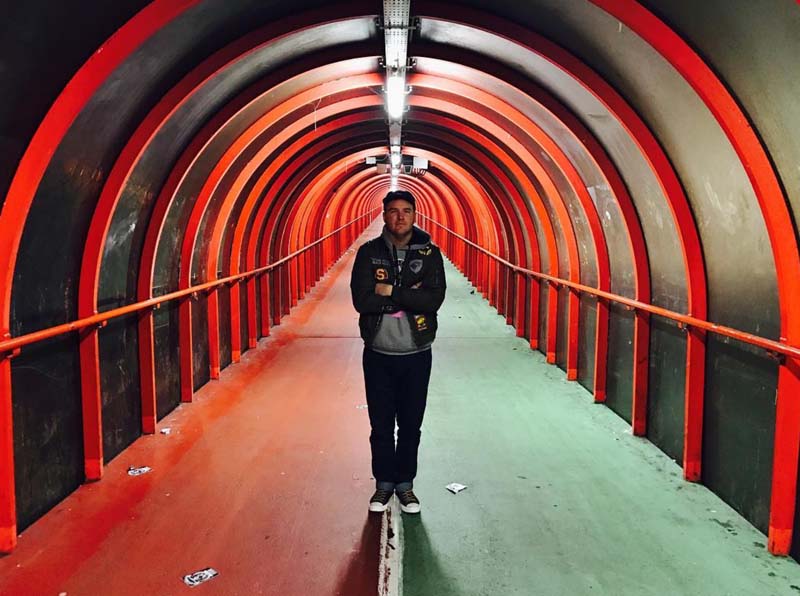 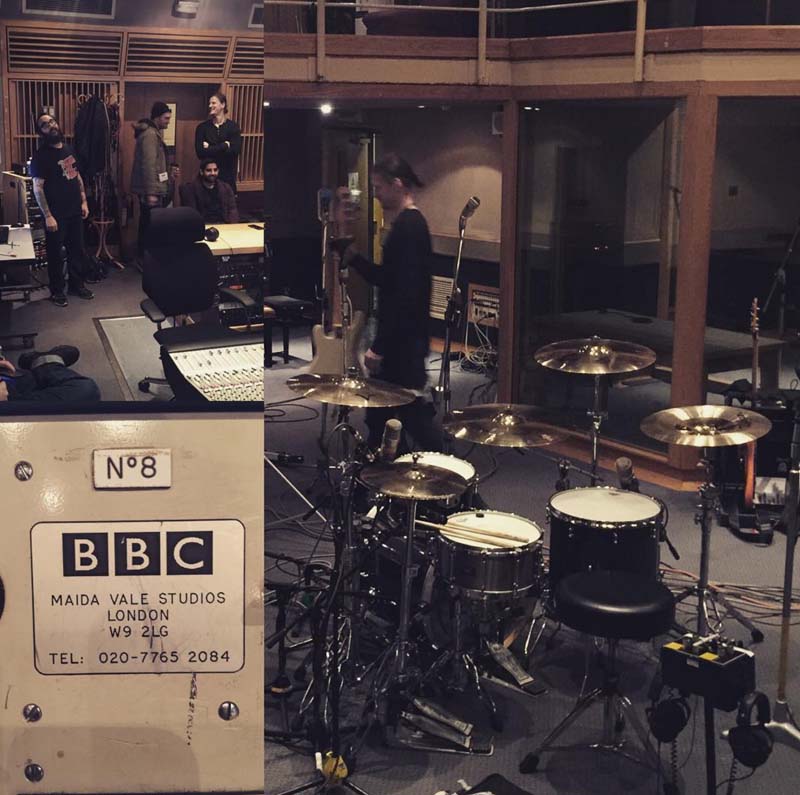