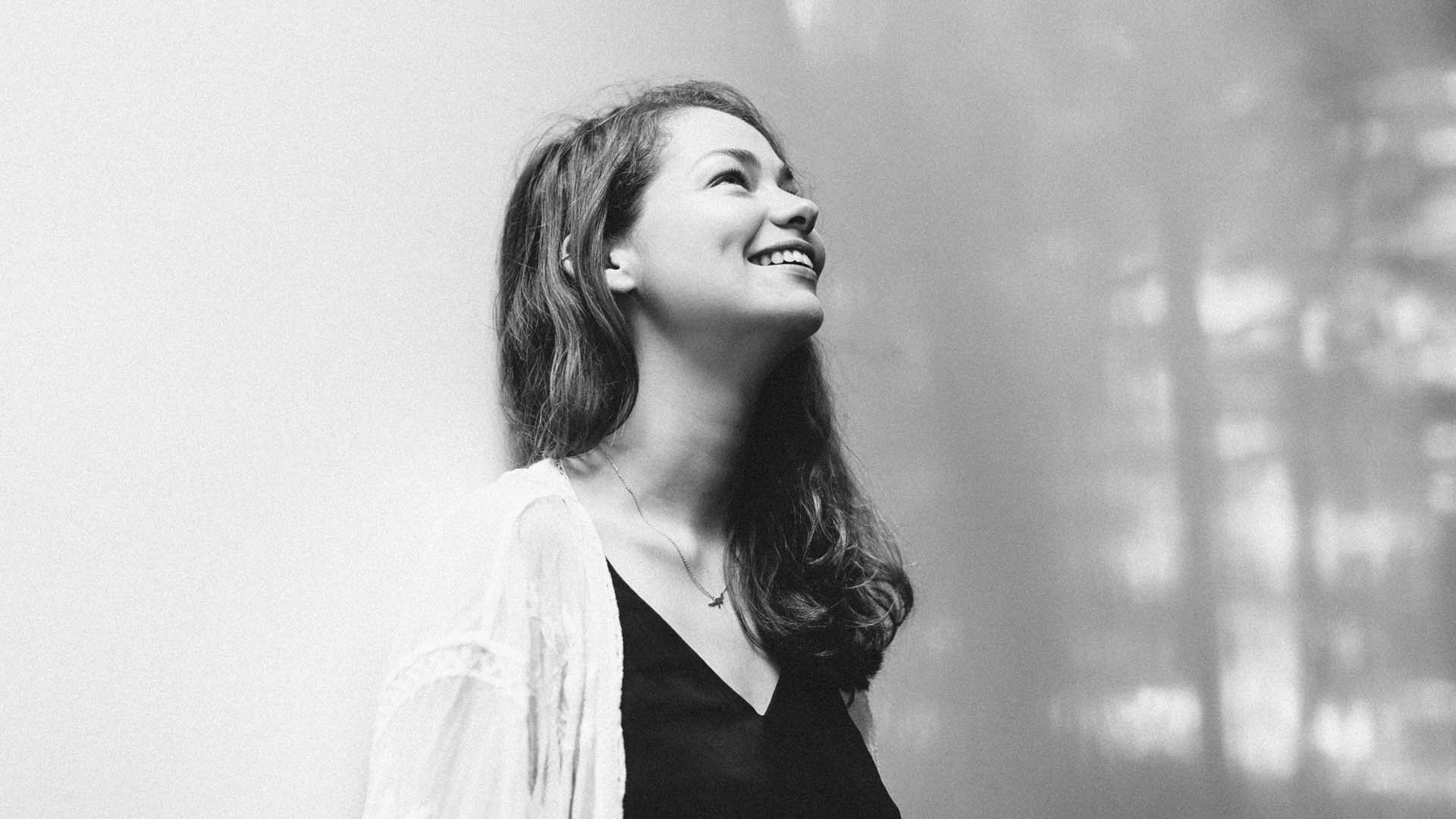 When a song makes you want to dance, fight the system, and belt the lyrics all at once, you know it's destined for greatness. Such is the case for "Gold Angel", the impossibly catchy debut single from London-based singer-songwriter Minke thats been spreading like wildfire on music blogs, streaming services, and playlists everywhere. Tackling the unattainable societal pressures that women face on a daily basis, the lyrics bend-and-flow around the track's opening guitar riffs to create one of our favorite tracks of 2017.

Since its release, Minke has found herself on a handful of festival lineups, opening for X Ambassadors, and sharing a stage with Mumford & Sons—twice. We wanted to find out more about the rising star, who has since dropped her second track, "Armour", to glowing reviews. Check out our interview below, then make sure to Track her on Bandsintown to find out when she'll be hitting a stage near you.

For people who haven’t seen you live, how would you describe your vibe onstage?

Feels and shredding is my go-to way to describe it, but we're adding new songs each show so it's fluid. Currently though, I think it's naturally becoming more upbeat and less emo.

Your breakout hit "Gold Angel" is absolutely stunning. Walk us through the thought process behind the lyrics.

Thank you! I'd had the first few lines knocking around in my head for a while before I found the perfect musical vibe for them. Once that felt good, it was really easy as those opening lines painted such a vivid picture to me—I knew what I wanted the song to be about and the phrasing was so particular it was a case of filling in the blanks.

The artwork for the single is equally moving. What made you choose that image?

It was a bit fateful, as I was trying to figure out what aesthetic the artwork should have, and the only thing I knew is that I wanted a simple, but beautiful black and white photograph with a splash of color. What of, or from what perspective, I didn't know. Then a friend told me to check out Lucia's work, and I saw that photo and I knew I needed it to be the cover. Something about her looking slightly melancholic in such a happy, party environment hit me. And of course, Lucia is such an incredible photographer it excited me about what we could do in the future. It started an awesome partnership and friendship.

That track has already amassed over 6 million plays to date on Spotify—congrats! What’s the best reaction you’ve received thus far from its success?

When people I've never met sing along at the shows. It's the best feeling ever.

You played sets at both Bushstock and Latitude Festival this summer. What’s the biggest difference between intimate shows and festival crowds for you? Do you prefer one over the other?

All of the shows so far have been amazing and overwhelming. It's new, so I'm still finding my feet with it—maybe ask me that again once I've done a few more!

Speaking of Latitude—Mumford & Sons invited you, Maggie Rogers, Leon Bridges, Kevin Garrett, and Lucy Rose onstage to perform with them. What was that experience like for you?

Incredible, the most fun I've ever had onstage for sure! Everyone just wanted to have fun, it was infectious.

What was the best set you’ve seen at any festival this summer?

Toss up between Stormzy at Glastonbury or Hans Zimmer at Coachella...I'm such a fan girl. I'm shameless for festival tickets, my agents hate me (laughs).

You recently opened for X Ambassadors in London. Besides them, if you could go on tour with any artist, who would it be?

It has to be Jimi Hendrix, there's no doubt. Imagine watching him do a completely different show every night. And the afterparty scenes would be crazy.

We’ve been dying to hear new music since your second track, “Armour” dropped a few months ago. What’s next in terms of new music and/or an EP release?

I've got so much music ready to go now, I can't wait. Hopefully an EP will be out top of next year.

What are your hopes and dreams as a musician?

To be able to pay my rent working as a musician for as long as possible, really. I just want to do it!