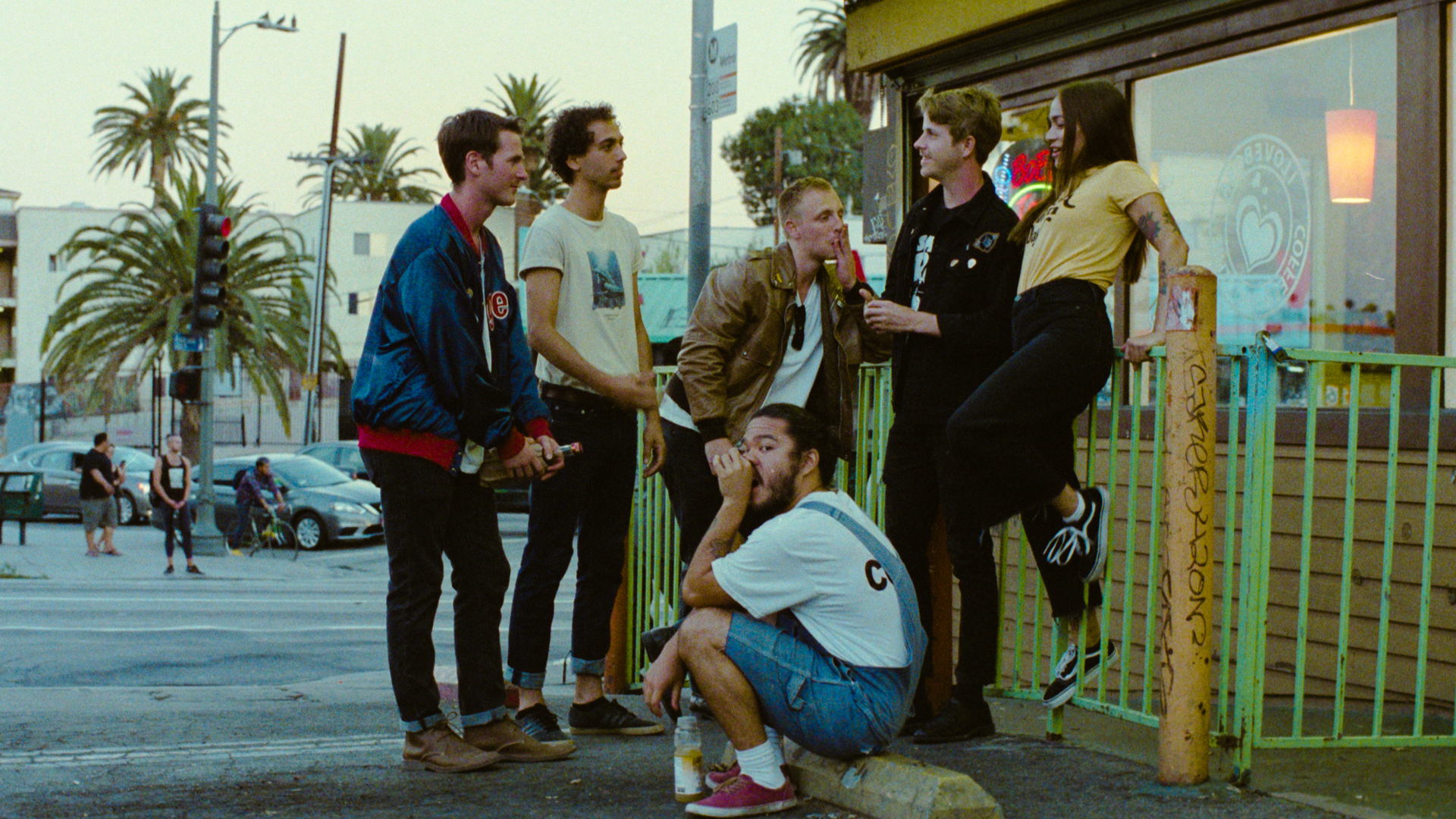 There's a lot to love about LA six-piece Private Island, from their one-of-a-kind sound to their mesmerizing live shows. But the thing that really got us hooked? The fact that we’ve yet to find a mood or time of day that their music doesn’t call for. Whether you're getting ready in the morning, typing away at your 9-5 grind, on the commute home, or DJing at a friend's house party, clicking 'Shuffle' on their Spotify page always seems like the right move.

With two EPs under their belt, the sextet are ready to release their first full-length, Night Drive, which will play home to a collection of synth-driven, R&B stunners. If the rest of the album is like the first three singles they've dropped thus far—"Crime", "Turbulence", and "Juvenile"—we’re going to ruin our favorite headphones listening to it.

Private Island will be hitting the road this fall to play some of the new tracks for their fans in the US, making stops in cities like Austin, Seattle, San Francisco, and Phoenix. Kicking off at The Roxy in LA this Friday, this will be a tour that you won't want to miss.

Get a preview below of what the band—Christian Lum, Michelle Guerrero, Tommy Nickerson, Cameron Anderson, Roger Mawer, and Tim Barbour—will be listening to while traveling, then make sure to Track them on Bandsintown to stay up-to-date with all of their touring news!

"This really puts me in that action scene car chase mood."

"Their band’s texture altogether is fuzzy, hazy & chill. Impossible not to feel good when listening."

The bass line is fucking nasty good and includes Kamasi Washington & Flying Lotus. Thundercat’s vulnerability, even through simple lyrics, along with the hip-hop/R&B melody and percussion altogether create everything I want to embody as an artist influenced by that style.

"This song is dripping with steeze."

"If you loose your sparkly horse, it’s gonna be okay."

"This is my guilty pleasure song. The teenager dreaming of a girl after the high school dance, or late night nostalgia, it just hits my feeling chords every dang time. Great band."

"They popped up in my 'Discover Weekly' and after diving into their other songs, the guitar riff from this one stuck out as a banger."