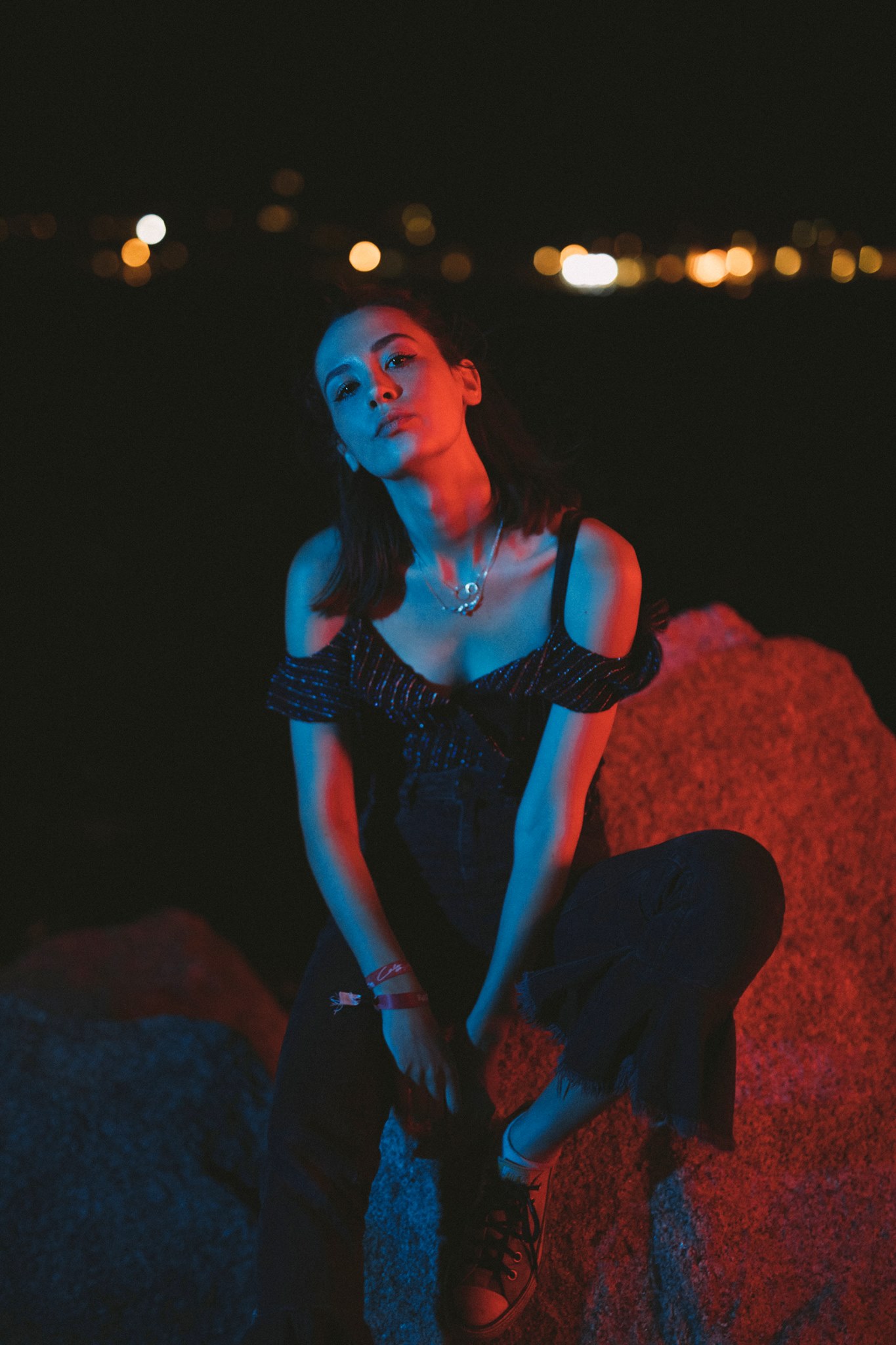 One listen to Findlay’s latest album, Forgotten Pleasures, and you’re welcomed into her eclectic world where '90s grunge, hip-hop, and garage rock reign supreme. It’s easy to see how her smoky vocals and smoldering lyrics could be influenced by artists like Nina Simone or early 2000s rock bands like The Strokes. Though Findlay combines the new with the old in her music, her sound is distinctly fresh. Slick and scrappy, the 2017 LP showcases the singer-songwriter’s knack for high-energy tracks that will leave you feeling roughed up and ready to dance.

In support of it release, Findlay will be hitting the road through December, making stops in Germany, Switzerland, Austria, Italy, and the UK.

We sat down with the 26-year-old to find out what songs she likes to listen to on tour, and her picks gave us a glimpse at both her inspirations and icons. Not only is she well-versed in classics like the Shangri-Las and The Roches, Findlay also has a sharp eye for up-and-coming artists like Superorganism and Lomboy.

Check it out below, then make sure to Track her on Bandsintown to stay updated with all her touring news!

"I’m absolutely obsessed with this song and the Beatles at the moment. I watched the George Harrison documentary recently and never knew long, long, long was one of his songs. I really like the Elliott Smith version as well. Totally underrated song. Ringo is still my favourite though."

"This song fucking kills me. Her lyrics are incredible and her delivery in this performance turns me to jelly."

"I really dig this song, the video is so surreal you should really watch and listen together."

"This song sounds like it was recorded today—I didn’t believe it was The Beach Boys at first, it’s got a modern feel to it that I can’t put my finger on, but I love it. "

5. 'The Hammond Song' - The Roches
Track

"I love this song so much, I listen to it every day at the moment. The harmonies and the melodies are so beautiful. It’s a band of three sisters and Robert Fripp from King Crimson produced the track and added some amazing guitar parts."

"This song is just wonderfully weird. Side project of Conan Moccasin and LA Priest. Just a great song to drive down the highway to."

"Niall has really found his vibe and this is just a great song by a great singer playing real music."

“I’m obsessed with this song, I can listen to it on repeat for hours. I think I first heard it on Rick and Morty and became addicted."

"This song relaxes me so much. I love Chet Baker. I can always chill out with a bit of Chet. The orchestration is insane on this track as well."

“Great song to get ready to before stage. Andre 3000 has such a mojo it’s infectious. I’m listening to a lot of early 2000s hip hop at the moment..it’s too good. I probably shunned it at the time because I was only listening to The Strokes. What an idiot."

11. 'Something for your M.I.N.D' - Superorganism
Track

My new favourite band. They’re like Gorillaz or Avalanches for the next generation. Too good. The singer Orono is only 17—she’s boss, love her twitter account."

"What a tune. Another good driving song until everyone starts singing the falsetto bit. I’d quite like to do a cover of this song at some point."

"These guys are my buddies! We’re going on tour with them in December in the UK I can’t wait. Their music is incredible."

"This woman’s music is unbelievable. Very simplistic songs and production but such beautiful music. You can really hear her soul through her music. Dying to see her perform live."

"Ugh, I love BØRNS so much. The new album needs to come NOW! Just unashamedly feel-good music, modern production with a vintage songwriting touch in places...I don’t know, I just think he’s really original with everything he does."

"This song and his new album is so good. Probably the record I’ll end up rinsing the most on this tour."

"What a band what a song. Another one I’d love to cover. Just makes me wanna dance and make out."

"Love this song. Definitely a hangover track for me—I just wanna get under a blanket and smoke spliffs listening to it."

"Can’t go on tour without some T. Rex tunes. Such a good vibe. “All put together with alligator leather” is such a great line."

"Love Lana so much, I think this is my favourite from the last record. Sean really adds a lot to the track with his vocal as well. I’m such a big fan of them both so this song makes me very happy, despite it being a pretty sad song."