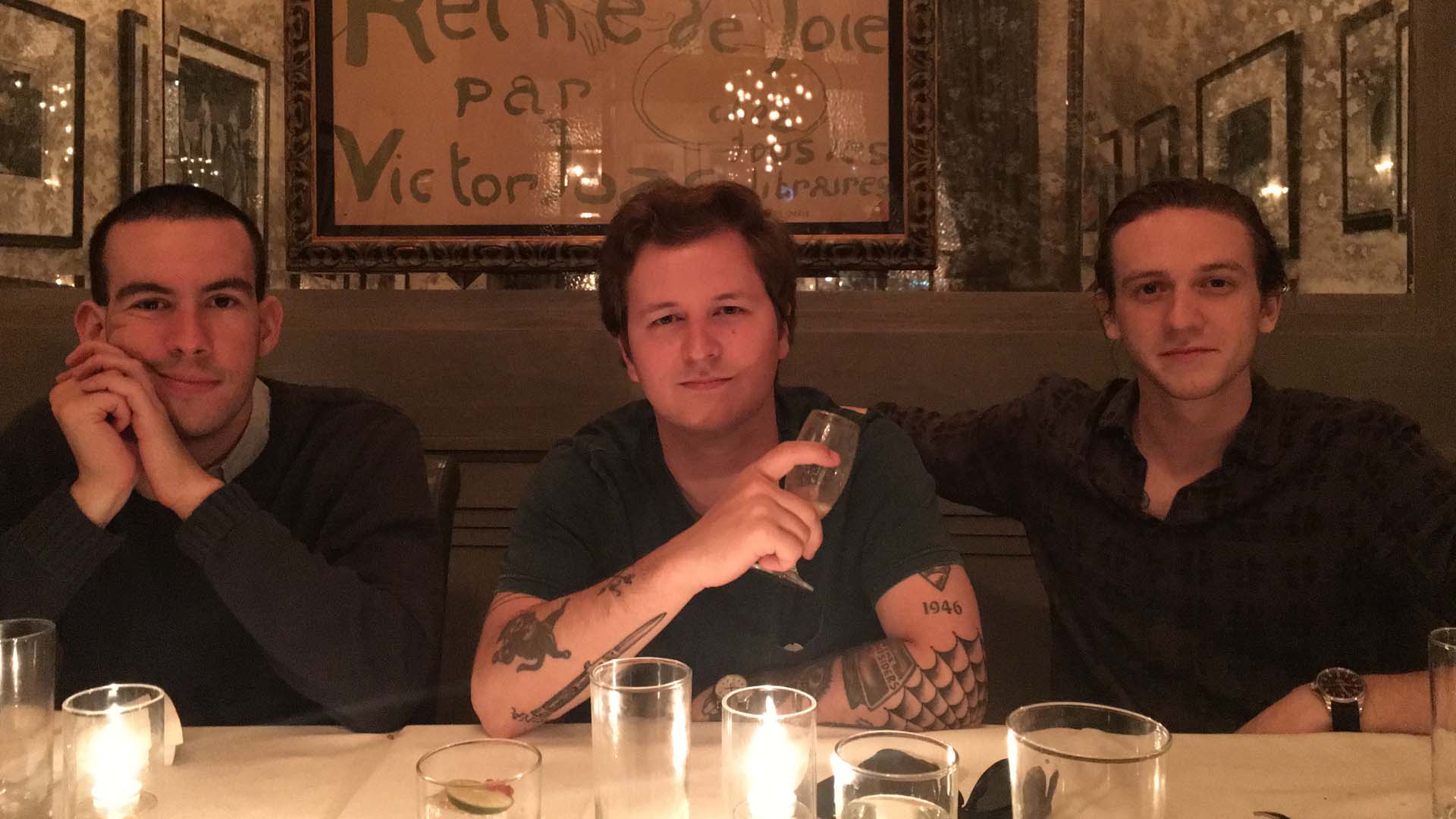 Since kicking off on November 3 in their hometown of San Diego, The Frights' headlining fall tour has been operating at full steam ahead. Along with supporting acts Hockey Dad and Vundabar, the "Tungs" three-piece will be hitting cities across the US through the end of the month (plus a few California shows in December), performing songs off their genre-bending 2016 gem, You’re Are Going To Hate This. Equal parts Doo-wop, punk rock, and lo-fi noise, said LP took the band from being a stand-out newcomer to a group that you absolutely must cancel other plans for when they're in your city.

Before they hit the road, we got the scoop from the band—Mikey Carnevale (guitar/vocals), Marc Finn (drums), and Richard Dotson (bass)—about the places they're most hyped to visit on this run. From Cheesesteaks in Philly (Geno's? Fugget about it) to Massachusetts' little slice of matzo ball heaven, the trio dished on all the stops that did, or did not (cc: Disneyland) make their bucket list.

Check it out below, then make sure to Track The Frights on Bandsintown to stay up-to-date with all their touring news!

"Cool venue, cheap bar, Marc once thought he met Thomas Mann (the actor) here, but it turned out to be a very talented impersonator."

"This place is literally a fuc*ing tower and it's so funny that it even exists in the first place. Also, after we played a show here I went to the bar, and the bartenders here absolutely schooled me on how to "really" drink tequila. I thought they were full of shit, but they were so, so right. To be fair, I should have known that expensive tequila would taste better than cheap tequila

Not telling where, you tourists.

A spot in the river just outside the city, in which there is a boat house and a bunch of *hella locals*. We had the best time here. You're gonna have to find it yourself because, well, you're just not as chill and tight as we are.

"My favorite bed and breakfast in America is Marc's Parents' House. It's pet-friendly. The accommodations are top-notch. Rooms are always clean. The in-house chef is world-renowned. Free wi-fi and laundry. The owners always send us off with bags full of snacks. Biggest complaint though is that they haven't opened a second location. 2/5 stars for that reason."

"That shit is expensive."

"We usually get our van serviced on tour in DC at a mechanic near this place, and we've come here almost every time. The Matzah Ball Soup can fix our inevitable colds/flu like nothing else."

"We know it's a touristy spot, we know you can probably get better shit elsewhere, but we always keep coming back to Pat's for cheesesteaks and getting yelled at."

"Mikey went here, (it's apparently the oldest Irish bar in New York?) and disappeared for three hours. When he came back, he had renounced his Italian heritage and was also super drunk. Tight place. But please, tell us the cool secret spots because we are desperate."

"I'm hijacking this. Three-way-mfuc*in tie. Allston diner to eat, it's unbeatable. Sinclair is arguably the best place to see a show anywhere on the east coast, period (certainly the best sounding). But Great Scott is pretty much the place I went through my second puberty at (age 18-22). This place is so important to me as a human fuc*in being. If it ever closes down I will make the pilgrimage just to steal a single brick. And it sounds like a venue twice its size! God bless this place."

"Chicago is one of our all-time favorite cities, so it's hard to pick one place, but Chicago Music Exchange holds a special place in my heart. I frequently drain my entire bank account here and spend the rest of the tour broke and stressed."

"Great bar, Mikey found love here. Also Zac got into an actual, real fight here, which he won (or so he says)."

"We are huge arcade bar fans, and this is the best we've been to. Good drinks too, shoutout Jager (kill me)."

"It's a chain now apparently, but we went to the OG Castro spot, and these sandwiches are fuc*ing monumental. I want them all the time."

"The best venue, the best food, the best people. We love this place forever."