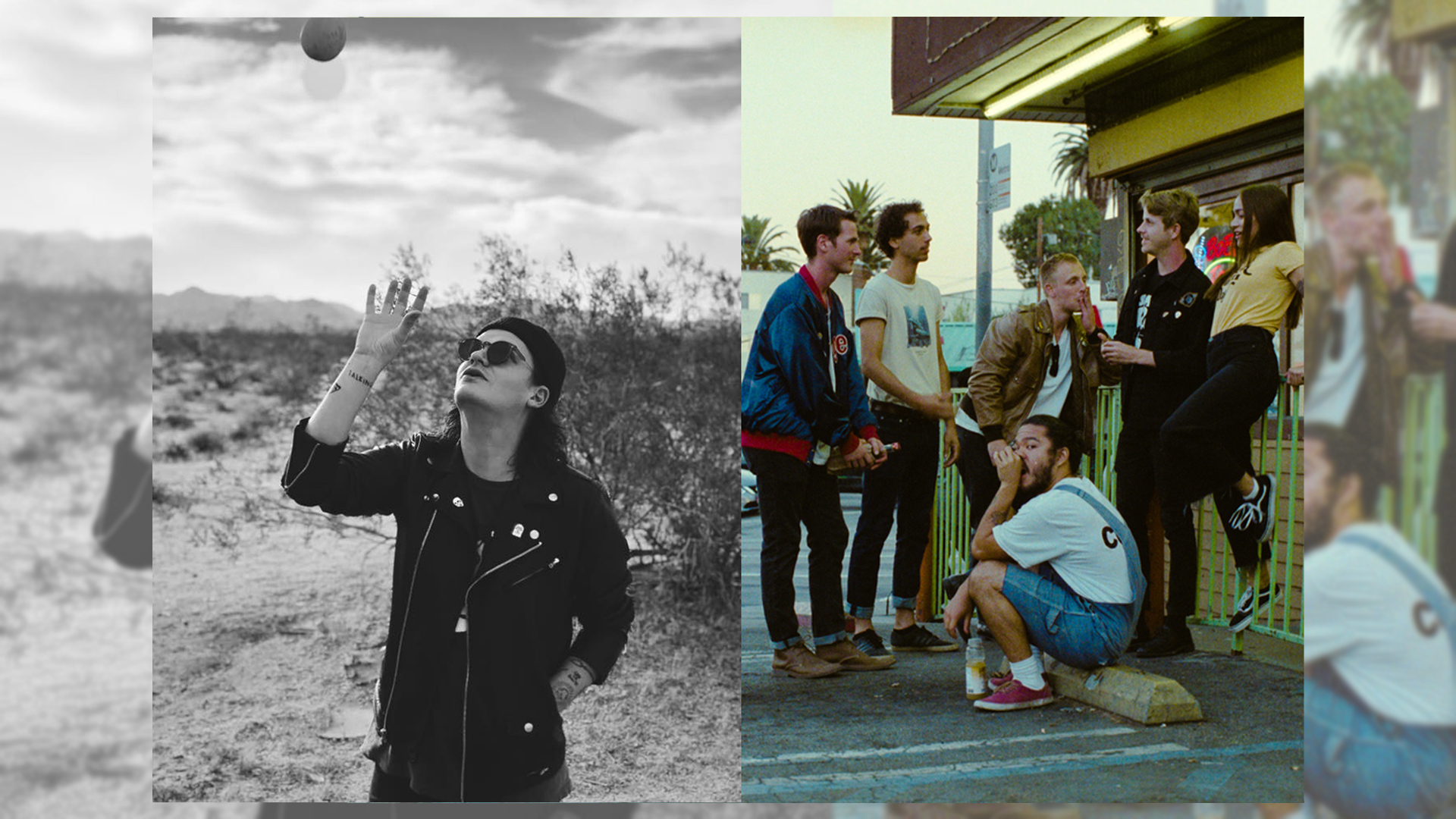 ICYMI, two of our favorite acts of 2017—Private Island and Mating Ritual—embarked on six date co-headlining tour this week. The former, a sextet from Los Angeles, first grabbed our attention with their stellar hit, "Drugs", and have kept us intrigued with each new drop since. While we patiently await the arrival of their debut album, Night Drive, you can find us unapologetically racking up the streams on their three newest singles "Crime", "Juvenile", and "Turbulence".

The yin to Private Island's yang on this run, Mating Ritual, is also having an exceptional year. Creating music under the aforementioned moniker, singer-songwriter Ryan Marshall Lawhon released his debut LP, How You Gonna Stop It? via his own label in June to glowing reviews from everyone from Stereogum to Consequence of Sound. If you've yet to listen to the album in full, we advise doing so STAT, especially the genre-bending gem "Drunk", which will forever remain a classic in our book.

Since it kicked off in San Diego on November 11, the tour will be hitting cities such as Seattle, Portland, and San Francisco before it wraps on December 2 in Santa Ana. Next stop? Emerald City, where both bands will be performing at Barboza in Capitol Hill.

Before the west coast natives set sail on their co-headlining run, we wanted to see what questions they had for one another—y'know before they put in the long hours together backstage. Check out double interview below, then make sure to Track both Mating Ritual and Private Island on Bandsintown to stay up-to-date with all their touring news!

Mating Ritual: How did you all meet? What were your first impressions of one another?

Private Island: We met through mutual friends within the small music scene in our area shortly after high school. Tommy really looked up to me (Christian) as both a musician and person and would bug me to jam all the time. All of our first impressions of each other were probably positive. We were most likely drunk for each meeting. Michelle didn't really like me. Not sure if that’s changed, to be honest.

PI: 10 on energy and maybe a 7 in quality. We were loud and excited to play—it was fun.

MR: You just sold out The Roxy, congrats. What’s your favorite thing about playing a hometown show?

PI: Thank you! Selling out the shows is our favorite thing about playing hometown shows . Not that it happens every time, but we rarely sell out outside hometown at the moment. Its fun seeing all our friends and family together.

MR: What city are you most excited to hit on this tour and what is one thing you have to do while you're there?

PI: On this tour, every city is really cool in it's own way so it's hard to say. They're all major cities, maybe besides SLO, but we all love that place too. Being a six-piece, we have friends in each city so really cant pick just one.

MR: What artists would you say have been the biggest inspirations on your sound?

PI: Same answer as the last one, kind of. We got six people with different styles and musical taste, and everyone contributes to the sound. We know every word to "Cute without the E...", as well as many Kanye songs. Roger loves Steely Dan. We're all over the place.

MR: If everyone in the band had to identify with one of the seven dwarves, who would everyone be?

Private Island: What has been the biggest difference about going from being apart of a duo (Pacific Air) to going solo?

Mating Ritual: To be honest, not much. My brother Taylor (the other half of Pacific Air), collaborated on about half of the album, tours in the band, and we live together. Old bear loves the honey.

We just played the shit out of "Drunk" on @balconytv

PI: What song off How You Gonna Stop It would you say is the most fun to play live?

MR: "Second Chance". Our show is a kind of balancing act of precision and improvisation, building on what I recorded in the studio to make the show more explosive, and "Second Chance" is the song that requires the most of both. Plus I frickin' love saying bad words.

PI: What was one concert you saw growing up that made you think "I want to do that"?

MR: The Faint at Soma San Diego in 2006. I technically went to see Bright Eyes, as I was only familiar with a few Faint tunes, but to see such a punk energy and crowd response with so many synths onstage really turned my perception of the genre on it’s head.

PI: What are the staple personal items that you can’t live without on the road?

MR: Hairspray. Everyone knows that music is only about looking good and if your hair isn’t en pointe, why even leave the house? Keep your look fresh and take advantage of modern technology.

PI: What’s the one piece of advice about the industry that’s stuck over the years?

MR: Be yourself. As cliché as that may sound, every rung of the ladder you climb there will be more people who have opinions on what you, and your art, should be. I’m not saying you should disregard advice or criticism, but at the end of the day it’s your name that’s on the music, so make sure it represents your vision.

PI: Pineapple on pizza? A must or hell to the no?