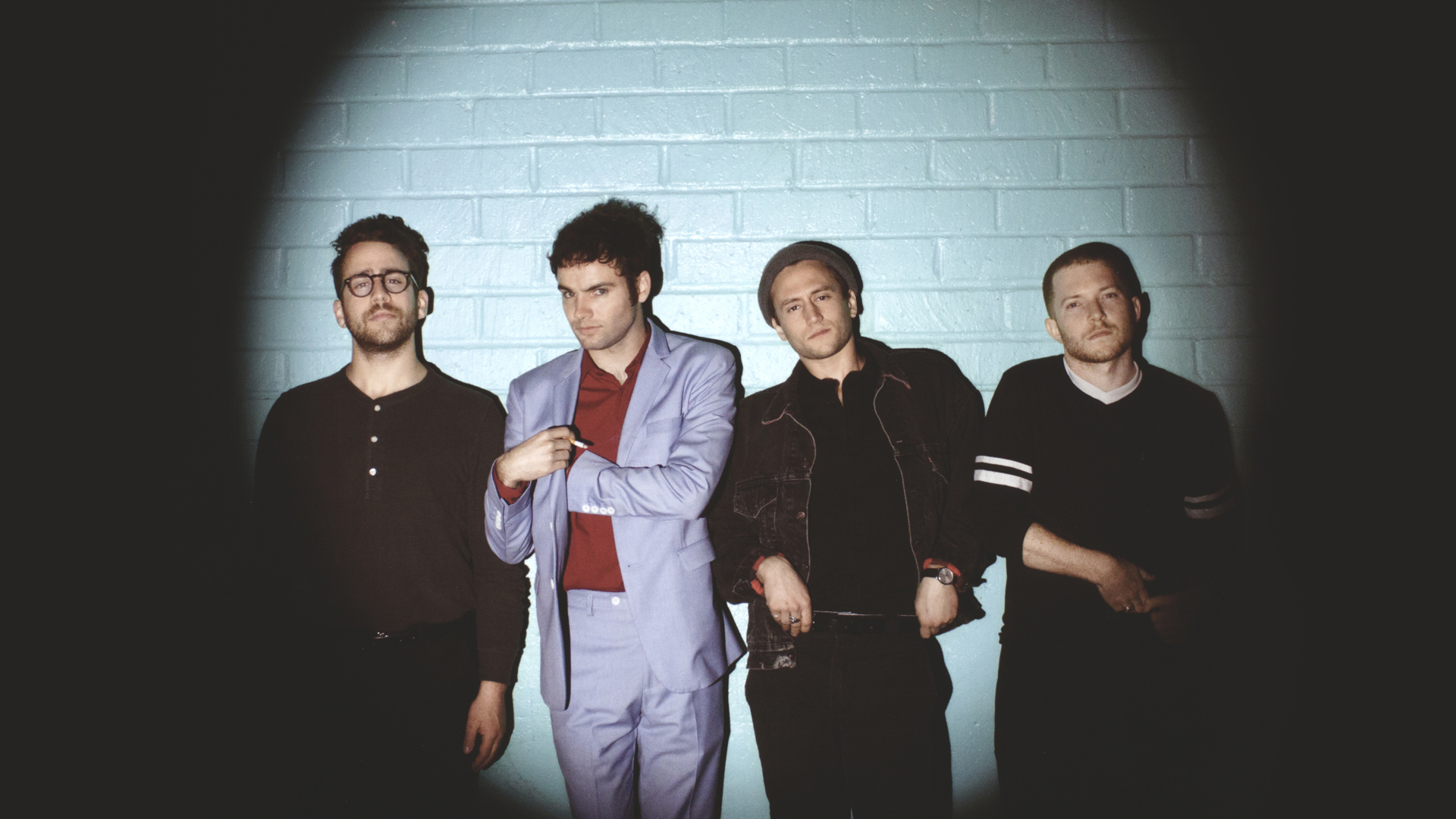 What is there not to love about Los Angeles? While the rest of us are battling the post-Thanksgiving food coma indoors, residents of the City of Angels are able frolic about in a 76-degree and sunny utopia. No one is more aware of how good they have it than Superet, the five-piece rock'n'roll outfit who have been churning out some of our favorite new music as of late. Their debut self-titled EP plays home to ear candy like "Loving the Animal" and "Stockholm Syndrome", both of which have been on heavy rotation since the album dropped last month.

If you live in La La Land, you'll have the opportunity to hear the tracks live on Monday, November 27, when they'll be performing at The Echoplex for the final night of their month-long residency. Our advice? Get their early so you can also catch the opening sets from Dream Machines and Fell Runner.

Ahead of their show, the band—Matt Blitzer (vocals/guitar), Alex Fischel (keyboards), Sam KS (drums), Patrick Kelly (bass), and Isaac Tamburino (guitar, keyboards, percussion)—let us know what their favorite songs are about the city they call home. From Sinatra's "L.A. is My Lady" to Beck's "Hollywood Freaks", this one is a ten. Check it out below, then make sure to Track Superet on Bandsintown to stay up-to-date on all their touring news!

"George’s friends are having trouble finding his house so he debates whether or not to nap... who knew a slice of life like that would make for such a sexy track. Apparently George Harrison."

"Are you gone gone?"

"There’s something about the combination of John Doe and Exene Cervenka’s voices that is infinitely cool. I like to listen to this en route to LAX."

"I love it when he shouts out to all the radio stations at the end."

"The Stooges feelings about LA are about as inconspicuous as a centipede in bowl of yogurt."

"This song is just very strange."

"I always found it ironic that celebrities have to pay the city for a star on Hollywood Boulevard."

"This song and this record was my childhood, thank you Beck."

"Closing it out with another melancholy one. Thanks for tuning in."