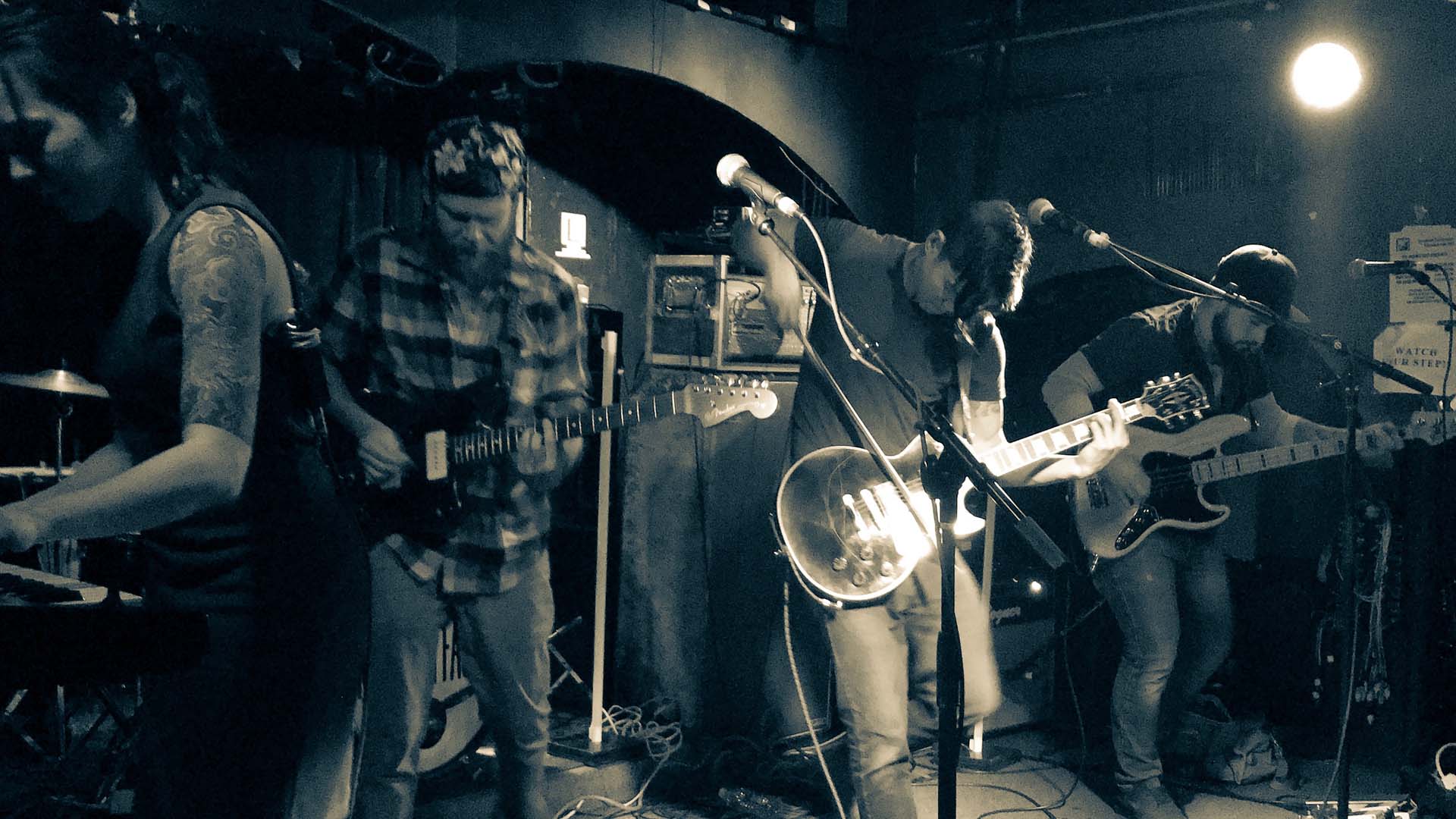 While there's nothing simple about OWEL's music, a solid way to describe it is cinematic—most of their songs could easily live inside an epic blockbuster scene. Case and point? "Too Young to Fall in Love", a hard-hitting gem that seems destined to be on the soundtrack for a Marc Webb film. And when the band's lead singer Jay Sakong launched into the line, "We could stay here, right here," at the Middle East in Cambridge last month, the Sunday evening crowd could be seen living out their own storylines.

The first few minutes of OWEL's first song of the night, "Albert and the Hurricane," was the calm before the storm that night. The stroking of the violin strings, the picking of the guitar—it all hinted that something that was about to strike hard and fast. Sure enough, the first of the storm hit when Sakong launched into the first round of the chorus. By the third one, it was evident that the city was spinning with a whirlwind of instruments, as Ryan Vargas' drumming fused with Sakong's powerful voice, completely drowning the room.

What ensued was a fantastic set by the New Jersey-based band. Violinist Patti Kilroy, whose Mom came from Maine to attend the show, was another stellar addition. Throughout the set she stood tall in the strobe lights as she gave us her heart through her bow.

The four-piece's talent continued its evidence with really cool keyboard work by Seamus O'Connor. Nunzio Moudatsos was great on bass, and at one point, Sakong took out a violin bow to play his guitar which producing a hypnotic sound.

We were offered shelter in "Snowglobe," aptly named, as it created a beautifully self-contained world of OWEL's epic sound. "If there ever was this moment of clear vision," as Sakong sung in the final song of their set, it was after the storm had passed and we were left with their music still ringing in our ears.

Northern Faces were up next, and luckily we didn’t have to wait long for their 2015 single "Wait, Wait, Wait". With Bryan Shortell killing the vocals and Matt Ippolito clapping along while playing bass, the band's grittiness was a great follow-up to OWEL. The Albany-based four-piece featured a bunch of tunes from their self-titled album. Their balance between brash guitars and heartfelt vocals—exhibited by both Shortell and Marco Testa—was fantastic. They also showed their versatility with bluesy tunes like "Stay Away", which had audience members bobbing and swaying along.

The funniest moment of the night came when Testa confessed, "My voice isn't feeling so hot," which as mentioned above, was not at all obvious to listeners. "You're fine," said Shortell, "A solid C+".

We disagree whole-heartedly. A+ all around for both performances that night.