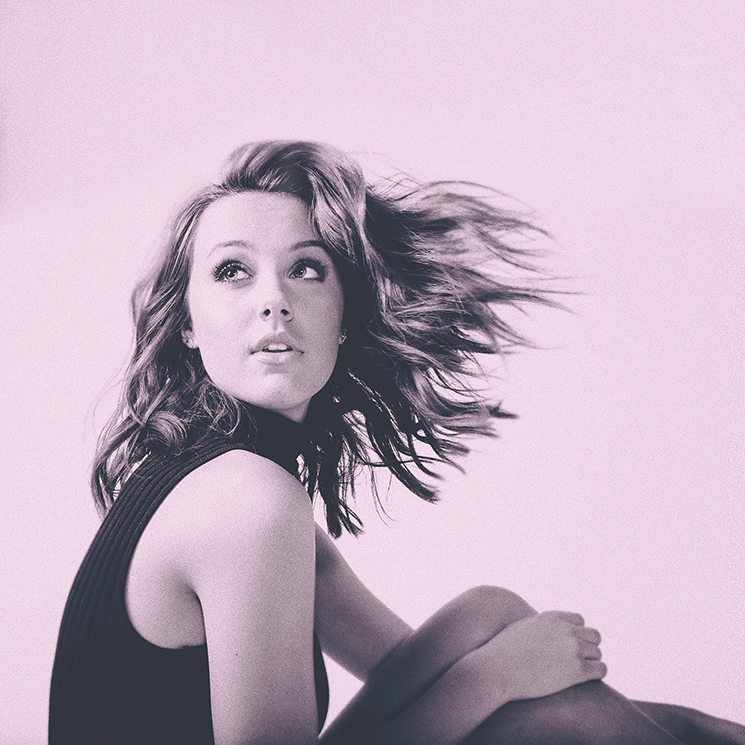 At 19, Bailey Bryan is turning the country world upside down. Talent-spotted when she was singing in front of a taco stand in her hometown of Sequim, Washington, the genre-bending newcomer has been generating major buzz and headlines on the back of her debut EP, So Far. Containing five tracks that showcase her stellar songwriting gifts, the album spans the emotional gamut from tear-jerkers (“Hard Drive Home”) to campfire sing-alongs (“Scars”).

And of course, there’s “Own It,” her dance-fueled single that reads like a fearless millennial manifesto. "Own your coolness / Own your crazy," she says. "Own your story in the making".

Having hit the road and taken over the stage at CMA Music Fest and the legendary Grand Ole Opry, we caught up with Bailey to learn about her story in the making. Read on as she shares her favorite songs right now and talks touring with Chris Lane, songwriting secrets, and her love for both Drake and J. Cole.

How was touring with Chris Lane? What was a highlight from this run?
The tour was great. Everyone in the Chris Lane crew was extremely helpful and welcoming, and the fans are super sweet. One of the biggest highlights of this run has to be the first show, when I saw a girl in the audience holding up a sign that said, “Bailey Bryan is better than Chick-fil-A at a picnic.” I think Chick-fil-A is pretty amazing so that was basically one of the best compliments I’ve ever received.

How do you spend your downtime on the road?
I typically spend my down time on the road napping, listening to music, writing down song ideas, and then napping some more. But on that run, I was trying to make a little bit more of an effort to get out and enjoy the different towns we were in, even if it’s just by leaving my hotel for a cup of coffee, or finding a local thrift store. Something I’ve realized through touring is that you can go to lots of different places without ever really BEING there. I want to be able to say that I’ve experienced a lot of different places, even in the littlest ways.

You grew up playing and singing on the streets of your hometown. What was it that drew you to music and performance?
I was what some might call a little bit “socially awkward” growing up. Talking to strangers and expressing myself in normal social settings didn’t always come super naturally to me. I actually think that’s why I was drawn to music and performing. If you present yourself and your feelings in the form of art, people listen more attentively and more objectively, and you get to spend time deciding exactly what you want them to hear. We memorize the words to songs, not conversations. That’s what I learned when I started writing and performing at talent shows and school plays around the age of 13, I've never really had stage fright because, to me, art feels safer than real life. A song is a snapshot that I can design however I want to—I’ve always found that so comforting and exciting. It was the first way that I learned how to truly express myself.

Were there some musicians whose careers you looked up to and wished to emulate?
When I first started writing, I would say that Taylor Swift in the early stages of her career was who I looked up to the most. Today there are little things about all of my favorite artists that I hope to embody through my career. J. Cole is one of my favorites because he lets his music speak more than anything else, and lives a very private life, which to me makes everything he puts out that much more impactful. I admire the power that Beyoncé exudes, and how her career transcends gender and genre. She’s just the best. I’m also inspired by Chance the Rapper, and how vocal he is about his beliefs, in his life and his art. And Kelsea Ballerini is one of my newest favorite role models—she embodies class, genuine kindness, and supports other female artists. Getting to meet her and see how she walks through the ups-and-downs of her career has been so inspiring for me.

Do you remember the first song you ever wrote? How did it come about?
I do remember the first song I ever wrote! I would make things up and sing them all the time, from the time I was like three-years-old. But the first song I ever actually wrote down, and played with my guitar was when I was like 12 or 13, and it was about me and my best friend, Daisy (who I met in 4th grade and is still my best friend today), and how we’re going to be friends forever. The song was about 10 minutes long and only had two chords if I remember correctly.

What are some guiding principles for you when it comes to songwriting?
The biggest guiding principle for me when songwriting is just to be honest. I think you can never be too real in a song. You can write beautiful words, but if they don’t come from something real, then what’s the point? My other rules would probably be don’t force it, and don’t over think it. Most great songs have some degree of effortlessness to them.

“Own It” is such an affirmative and empowering anthem. What's the story behind it?
The story behind “Own It” is that I was 16, had just recovered from spine surgery to correct scoliosis, and I didn’t feel like myself! And as a 16-year-old, I didn’t even know what I was supposed to feel like. Obviously I’m still not sure today at 19. So, that song was my way of owning my insecurities at the time, focusing on the little things that make me who I am, and just putting all of it in a fun, positive light. It was therapeutic for me and still is.

Your cover of Drake’s “Too Good” is fantastic. Is that your favorite track of his? Are there any other Drizzy covers that you absolutely love?
I CANNOT just pick one favorite Drake song. His entire Take Care album is one of my favorite albums of all time. But “Too Good” was a favorite as soon as I heard it. Another Drizzy cover I’m obsessed with is Tayler Buono’s acoustic version of “Passion Fruit.” It’s flawless.

You made your debut at the Grand Ole Opry a few months ago. Tell us about that experience.
My Grand Ole Opry debut will forever be one of my favorite days. It has been a dream of mine to play there for so long, ever since I learned what Nashville was to music. Probably from the time I was a Dixie Chicks and Taylor Swift-obsessed 12-year-old, I always said that someday I wanted to play the Opry. They have a special dressing room for people who are playing there for the first time, and it has photos on the walls of all the greats playing that same stage their first time. I cried when I walked in. I don’t normally have stage fright, but I was shaking when I got on the stage. The audience was so warm and friendly—needless to say, the experience was even more magical than I ever could have dreamed.

Played the Opry for the second time last night, and received my reserved parking sign from the first time I played... Excuse me while I take this EVERYWHERE I go😎😎😎😎 THANK YOU OPRY

What are your hopes and ambitions for your career? And what are you most looking forward to in 2018?
My hopes and ambitions for my career are just to release lots of music that encourages and inspires lots of people. It would be incredible to go platinum someday, or win a Grammy. But I think the reason I’m doing music isn’t for myself, I really want to make a positive impact wherever I can, and I think that songs are such a powerful tool to do that. However, one day I would love to be able to have another artist that I admire record a song that I’ve written. What I’m most looking forward to in 2018 is releasing more music!

What’s one things your fans would be surprised to know about you?
This is a hard question because I’m an extremely open book. I’m gonna say that there’s not a lot of things that would surprise my fans, but something I’ve recently discovered about myself that I’m pretty proud of is that I’m good at making pie! It’s one of my new favorite activities. So there’s that.