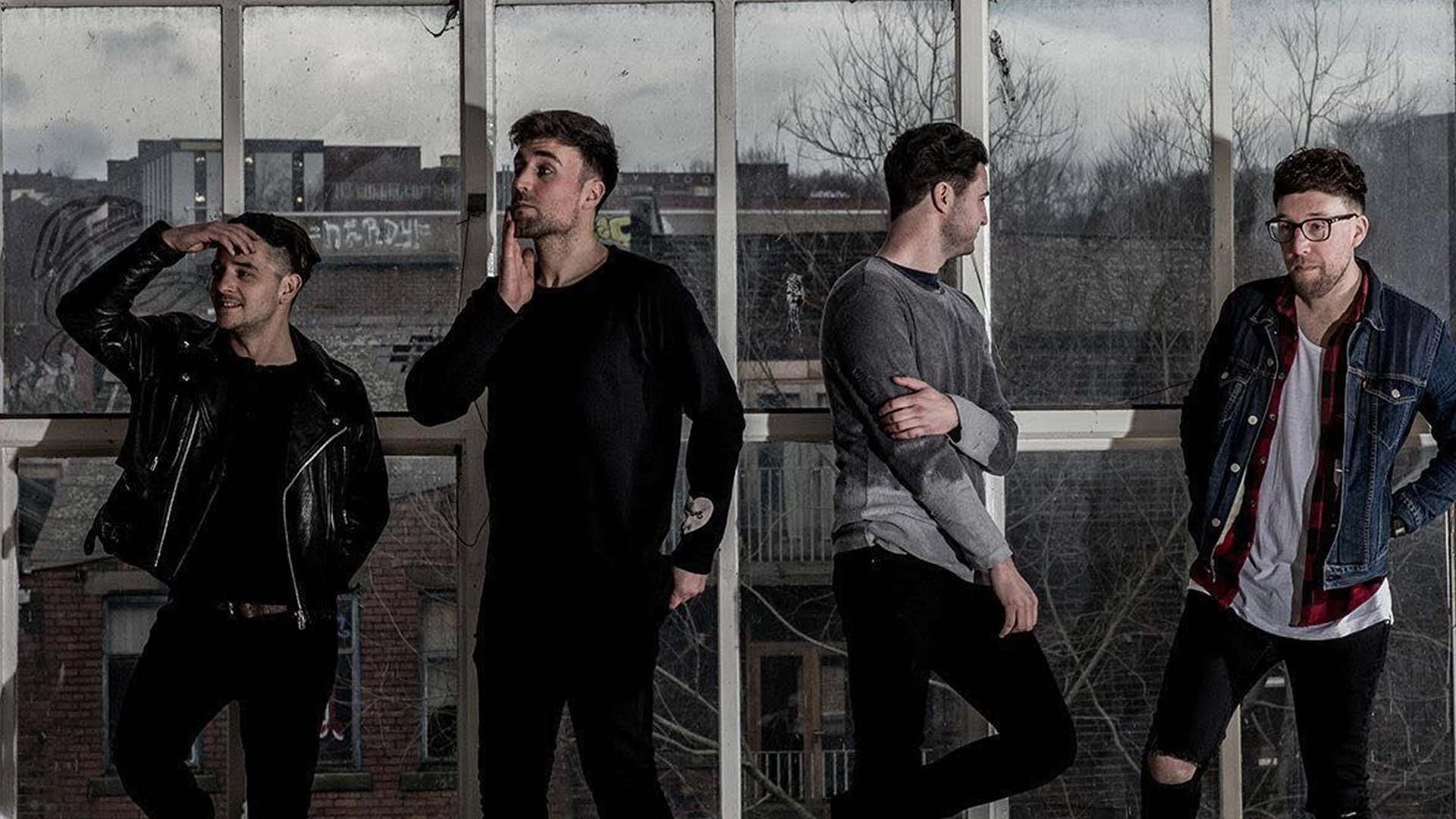 Between releasing their debut full-length LP, touring with Switchfoot, and playing festivals across the globe, Alvarez Kings had a hell of a year. And it's easy to see why—Somewhere Between, their 2017 release, is an absolute treasure, packed with arena-ready anthems brimming with analog synth work, sizzling guitars, and top-notch productions.

We're not the only ones obsessed with it, either. Since the album dropped in April, several tracks off the album have landed on a ton of Spotify's curated playlists including You & Me, Digging Now, New Noise, and License to Chill.

Now gearing up to promote their latest single, "The Other Side of Sadness", the quartet—Simon (vocals, guitar) and Paul Thompson (bass, keys), Sean Parkin (guitar), and Richard Walker (drums)—are ready to hit the road yet again, only this time for a run in their native UK.

To find out what the guys will be listening to the road, check out their Tour Bus Playlist below, then, make sure to Track them on Bandsintown to find out when they'll be hitting a stage near you!

"Taken from their debut album Landmark released in 2017, I have not put it down since. "Poems" starts exactly as the title suggests from a beautiful falsetto melody and keeps traveling on a journey into this huge crescendo of dirty bass and soaring vocals. A great driving track and it gets me in the mood every time." - Simon Thompson

"This is my jam. Whatever the mood or occasion, guaranteed to the lift the roof of every time. It’s one of those songs that make all your limbs move uncontrollably and feel like you’re walking through a Scorsese film." - Simon Thompson

"If I could sum this up in three words I would say, “Big, Dirty, Synth”. Another a great driving track, it gets you going places fast. I imagine putting the foot down, swapping lanes frantically whilst flipping other drivers off. It’s like the engine of the bus that just keeps chugging away and eating up the road." - Simon Thompson

'Legend Has It' - Run The Jewels
Track

"I’ve had the album on repeat and can’t get enough. This song sums up a career defining year for Killer Mike and El-P. If you don’t bounce to this you have no soul!" - Paul Thompson

"An unbelievable voice accompanies a beautiful musical backdrop perfect for those late night drives on tour. It sounds epic and I love the layered vocal harmony breakdown that features vocoder and autotune. Awesome!" - Paul Thompson

"For me in 2017 Hip-Hop has been the most thought provoking and forward thinking genre of the year. I love this guys flow, I love that his lyrics have a message and I love the production." - Paul Thompson

"This guy has been creating downbeat, chilled house for years and I can’t get enough of his production. It reminds me how important space is when writing music. Kerala is another one of those songs fit for those chilled, late night excursions." - Paul Thompson

"I’m a bit of a late comer when it comes to these guys. But when I first heard their latest album, specifically this song I was instantly a massive fan. I really love the funk they bring in this track mixed with the amazing production." - Richard Walker

"Slipknot are one of my favourite bands ever, and I can remember back to 1999 when their debut album came out. I had just started high school and hearing this song just changed everything I knew at the time about music. Starting with a dance loop beat then smashing into the first verse just blew my mind." - Richard Walker

"I was brought up listening to the greatness that is Sabbath. Every song is a classic but what does it for me with this song is how they go from an amazing rolling kind of groove then into a crazy breakdown that is practically a beefed up swing beat. Sick tune, Sick band!" - Richard Walker

"Aromanticism is one of the most compelling albums I’ve heard this year. Truly taking songwriting and production into a new world. Moses Sumney’s vocal has such range incredible control. And the lyrics throughout are inspired." - Sean Parkin

"SG Lewis is one of my favourite (relatively) recent producer / DJ’s at the moment. This song is just hook after hook, really gets me going. SG Lewis is basically a bit of prodigy and is currently being mentored by Calvin Harris." - Sean Parkin

"This record came out in 2016 and I remember the first time I heard it. Totally struck by the tone of her edgy voice. This jam is just hands down cool. All those vocal production ideas and harmonies." - Sean Parkin