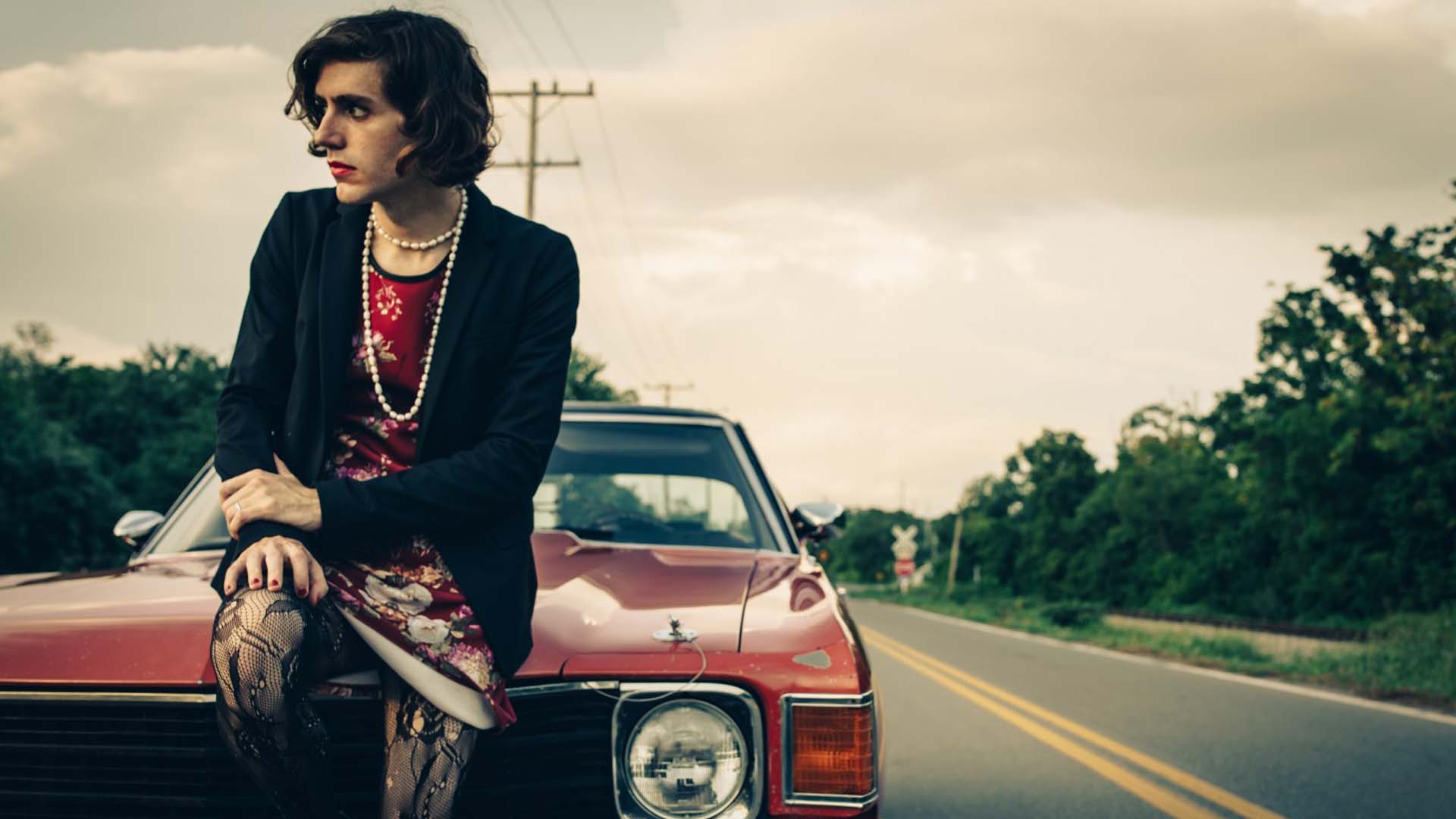 There's so much to love about Ezra Furman, but let's start with the fact that he describes his forthcoming album as "a queer outlaw saga". Set to hit shelves on February 9, Transangelic Exodus is already making waves thanks to the three progressive, innovative singles that we've been blessed with thus far. The latest, "Suck The Blood From My Wound", is the mind-bending opening track that tells the story of two star-crossed lovers on the run from an authoritarian ruler. Of the song, he said, "I'm in love with an angel, and a government is after us, and we have to leave home because angels are illegal, as is harbouring angels. The term 'transangelic' refers to the fact people become angels because they grow wings. The have an operation, and they’re transformed. And it causes panic because some people think it’s contagious, or it should just be outlawed."

Yes, there is a lot going on here lyrically—something that we've come to expect from the Chicago native.

That track, along with the two other cuts off the LP, "Driving Down To L.A." and "Love You So Bad", have both a cinematic and timeless feel to them. That doesn't surprise us one bit, though, as he has previously cited that some of his biggest inspirations are Bob Dylan, the Replacements, and Prince.

On that note, we wanted Ezra to take us back in time by sharing some of his favorite '80s tracks with us. Of the playlist he said, " the ten best songs of the 1980s. By which I mean my ten favorites that I can think of right now. IN ORDER."

Check it out below, then make sure to Track Furman on Bandsintown so you don't miss him when his tour kicks off next month!

"I knew I had to pick a Tom Waits song for the list, but it's really hard because the joy of Tom Waits is the whole package, going deep into his world for a while. This one is kind of a thesis statement of all of his work, in that it contains striking concrete details and characters while also suggesting that the whole story being told is a folk myth, and that it's mythness might actually make it more powerful than if it were true. An amazing performance and piece of writing."

"This one just plows up all the buried dreamy joy in my brain every time I hear it. Bjork's bellows and coos make the world seem new and strange again. I never get tired of it."

"From that magic Springsteen period when he started to seem like he was becoming the Flannery O'Connor of songwriting. In terms of storytelling in song, this is close to as good as it gets. I might have chosen something from Nebraska, but I always feel like this masterpiece got lost among all those dumb up-tempo tracks on The River."

"He had already secured his place as one of the best songwriters of the century, and then he came out with this lyrically insane, musically adventurous, very easy-to-enjoy genius album. It's really hard to choose a favorite song from the record but this is tied for the best with about four others."

"I think of this band as the Beatles of the eighties. Is that crazy? I think they are the best rock band since the Beatles and Velvet Underground. Dreamy, amoral, bizarre, perfect."

7. 'The Boy With The Thorn in His Side' - The Smiths
Track

"Exultant sadness, delusions of grandeur married to feelings of total inadequacy. I always love a desperate plea. “And when you want to live, how do you start? Where do you go? Who do you need to know?” One of my favorite lyrics ever."

8. 'Once in a Lifetime' - Talking Heads
Track

"I don't understand how this exists. It's so strange and disorienting but anchored by a never-changing bass line (it somehow stays the same through the wild mood shift from verse to chorus). It's an oceanic song and I've never heard anything else that does what it does. It makes you notice that you're awake, which is something I really need."

"This may be an unpopular opinion but this is my favorite version of this song. I think it's his voice. It's so true to the broken mood of the song. Something destroyed but beautiful anyway. This is as good as songwriting gets if you ask me."

"There is simply nothing better than this song."