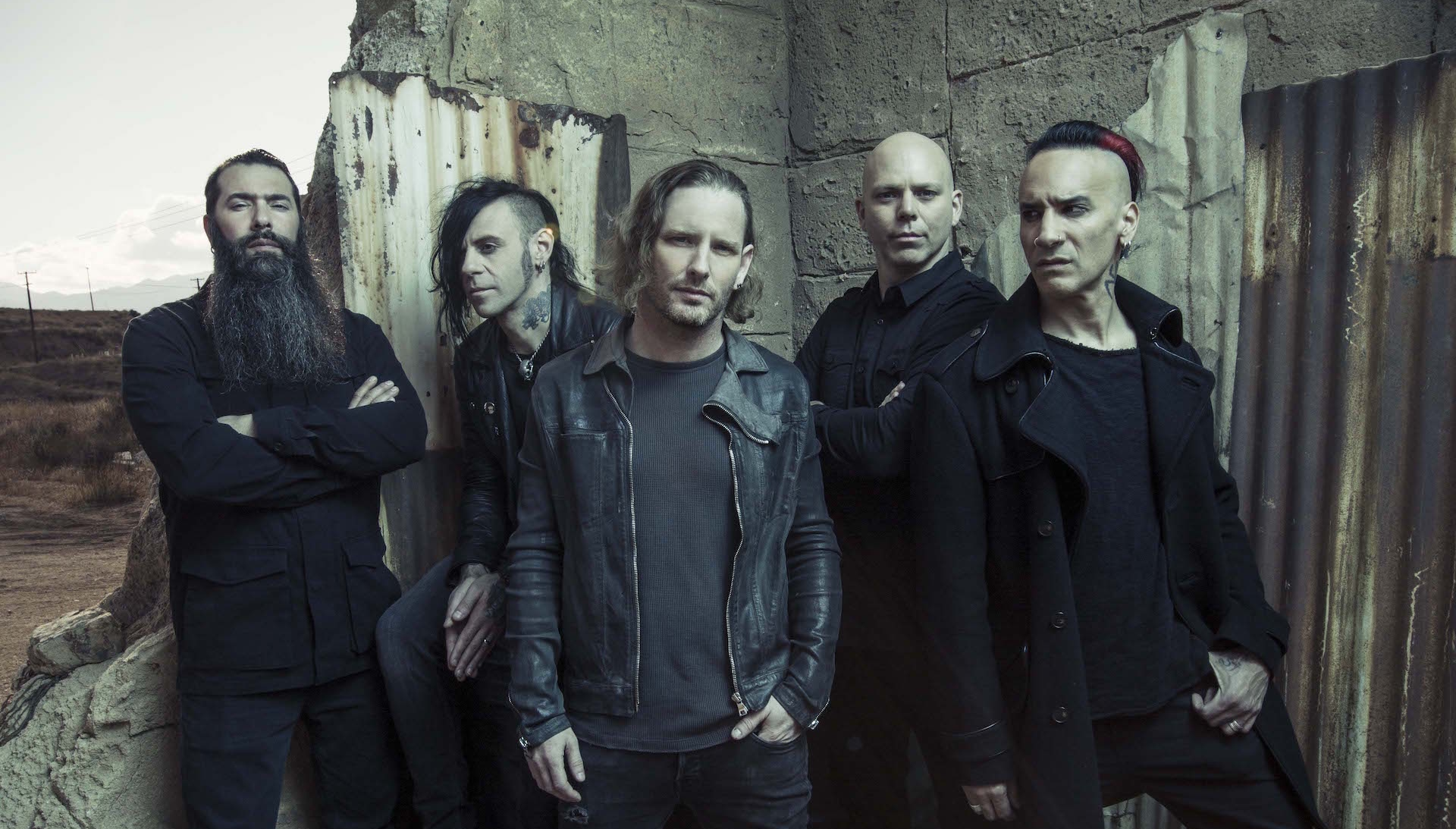 In the time that Stone Sour have spent making music together, they've experimented with their sound, made a few line-up changes, and took a hiatus or two. It was all worth it, though, because it led to the release of their 2017 LP, Hydrograd, which represents everything fans love about the Des Moines natives—mind-numbing guitar solos, introspective lyrics, and innovative production techniques.

Showcasing varying sounds and styles, the fifteen songs on the album come together for what lead vocalist Corey Taylor describes as, "a real coming-out party for Stone Sour."

As diehard fans, we're always curious what members of our favorite bands are listening to on the road in-between shows. For Rand, we've discovered that songs by Eagles, John Lennon, and Mastodon are absolute musts. Check out his full Tour Bus Playlist below, then make sure to Track the "Song #3" artists on Bandsintown to see them in your city!

"This track really surprised me. It’s great to hear a veteran band 20 years into their career unafraid to change it up. Looking forward to the new record."

"They’re one of my favorite bands and even though there’s so many songs of theirs I love, I chose this one because of the opening guitar lick."

"This track kicks ass and makes you wanna drive fast! It’s exciting to hear a young and talented up and coming band."

"This song has personal meaning to me. I believe everybody has highs and lows in life, and this song helps me through the lows."

"I don’t know if I’ve heard a song more powerful than this both lyrically and musically."

"Their record The Stories We Tell Ourselves is fantastic and this is my favorite track from it."

"Neoclassical shred guitar at its best!"

8. 'Would you Fight For My Love' - Jack White
Track

"I like everything about this song; the tone, the production, the lyrics."

9. 'Burden In My Hand' - Soundgarden
Track

"Unfortunately I rediscovered this great song after his untimely death."

"All four members of my household love her...Love her records, love her voice, love this song."

"I love how ethereal this song feels."

"Yet another John Lennon song that speaks to me."

"If you wanna make the world a better place, take a look at yourself and then make a change."

"For me, this is the standout track on What Happens Next."