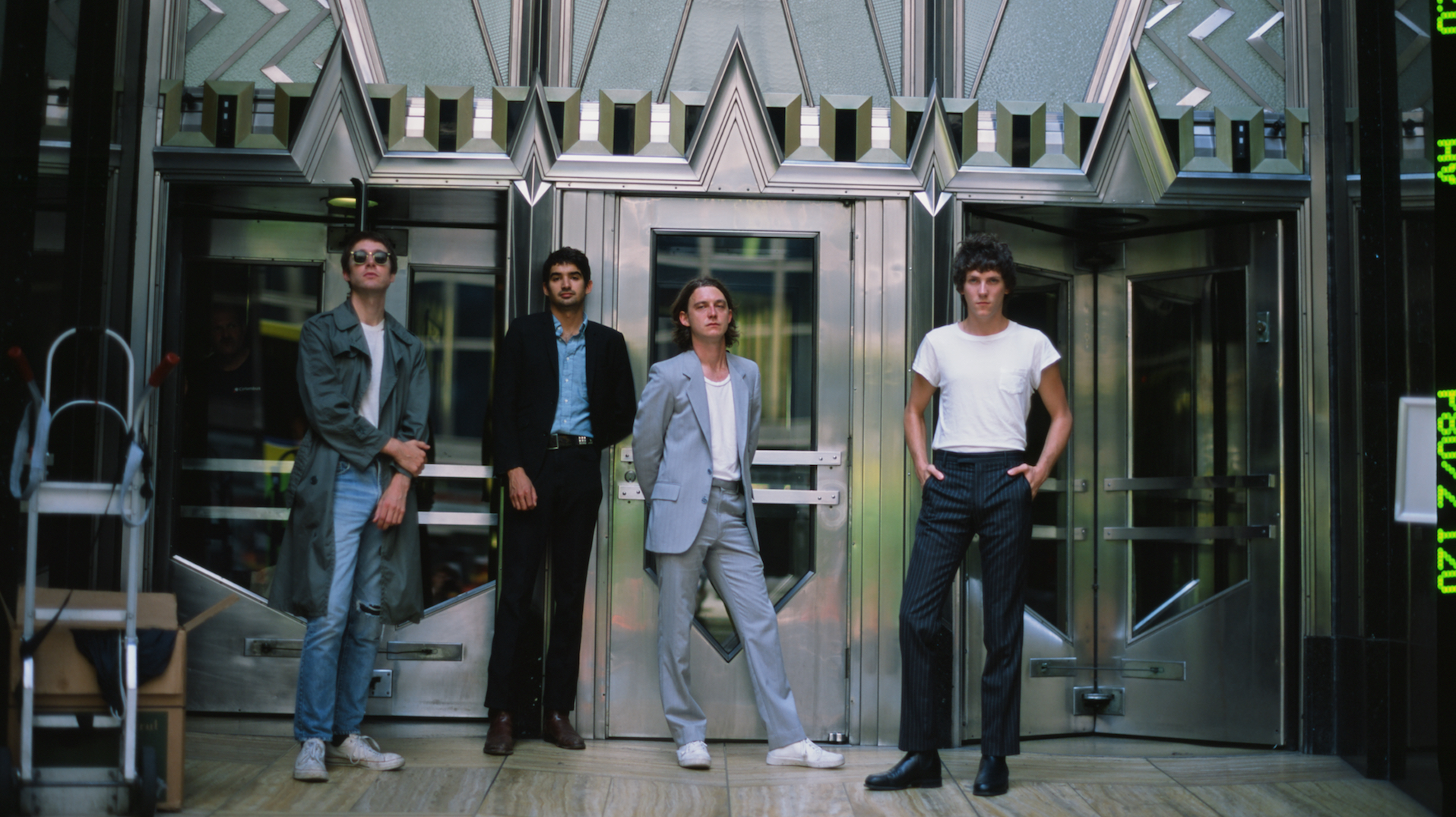 Public Access TV is what walking down Ludlow Street at midnight with your friends sounds like. Capturing the magic and chutzpah that goes hand-in-hand with being young in New York City, the four-piece write and record the pop-rock anthems that resonate. Their 2016 debut album was proof of this, and now, they're back with their follow up, Street Safari, which hits shelves later this month. If the first two singles off the LP are any indication of what's to come, this is going to be a standout for 2018.

The band—John Eatherly, Xan Aird, Max Peebles, and Pete Star—are bringing their new material on the road, and kicked off their European tour in Dublin earlier this week. The four-piece will be hitting cities like Manchester, London, and Amsterdam, before they embark on a North American run through April.

Because the "Metrotech" musicians won't be back in NYC for awhile, we wanted to know what songs remind the guys of home when they're playing shows across the globe. Lead singer Eatherly let us in on his favorite songs inspired by the city that never sleeps, including tracks from Television, The Ramones, and New York Dolls. From Leonard Cohen's "Chelsea Hotel #2" to Nas' "N.Y. State Of Mind", this is a playlist you'll want to save and bump next time you're aimlessly walking around downtown.

Check it out below, then make sure to Track Public Access TV on Bandsintown so you can stay up-to-date on all their touring news!

"It really doesn't get better than this. It's amazing to think this came out when the rest of the music world was in such a hippie phase... The Velvets went completely the opposite way and their attitude is pure NYC. I can't even imagine how radical this must have sounded in the 60's."

"Nothing makes me want to cry more than listening to this song. I relate to the feeling of this song more than any other with it's high and lows... it really sums up the feeling of being young and trying to do something in NYC. It's my NYC anthem."

'Today Your Love, Tomorrow The World' - The Ramones
Track

"The look. The sound. The energy... The Ramones were the perfect band. Flawless in every way."

"We like to jam this in the van when we are coming in hot off a tour. Get's us pumped to hit the streets."

"The Dolls are sort of like the Bad News Bears of Rock... very New York in the sense of complaining but still having fun while doing it. At least thats the vibe I always got from them. This is one of my favorites."

"Illmatic is definitely in my top 10 NYC albums of all time. The story telling is so amazing and vivid. Nas is truly the GOAT... or at least he was once upon a time."

"This song blew my mind. As a kid I wanted nothing more than to be drinking 40's and smoking cigs with my friends and blasting this on a stoop. The Strokes were like a gateway drug to everything."

"Sad and sexy Lou. You get a real vibe of Lou in a smoky room, mourning his youth and where the time went... Putting this on a shitty NYC bar and drinking too much alone is the perfect way to experience this track and whole record."

"Eleanor is a true NYC poet. Her songs are very much about the city and her descriptions of daily life here I completely relate to. Her lyrics and melodies make her stand out in my mind as the best musician right now in NYC."

"One of my favorite things to do in NYC is put on my headphones and walk to the Chelsea Hotel. Of course this is in that rotation. I always try to sneak past the security guards to get into the hotel past the lobby so I can try and soak up some of the magic of all the crazy stuff that happened there. If you aren't familiar with the history of the hotel, definitely look it up!"