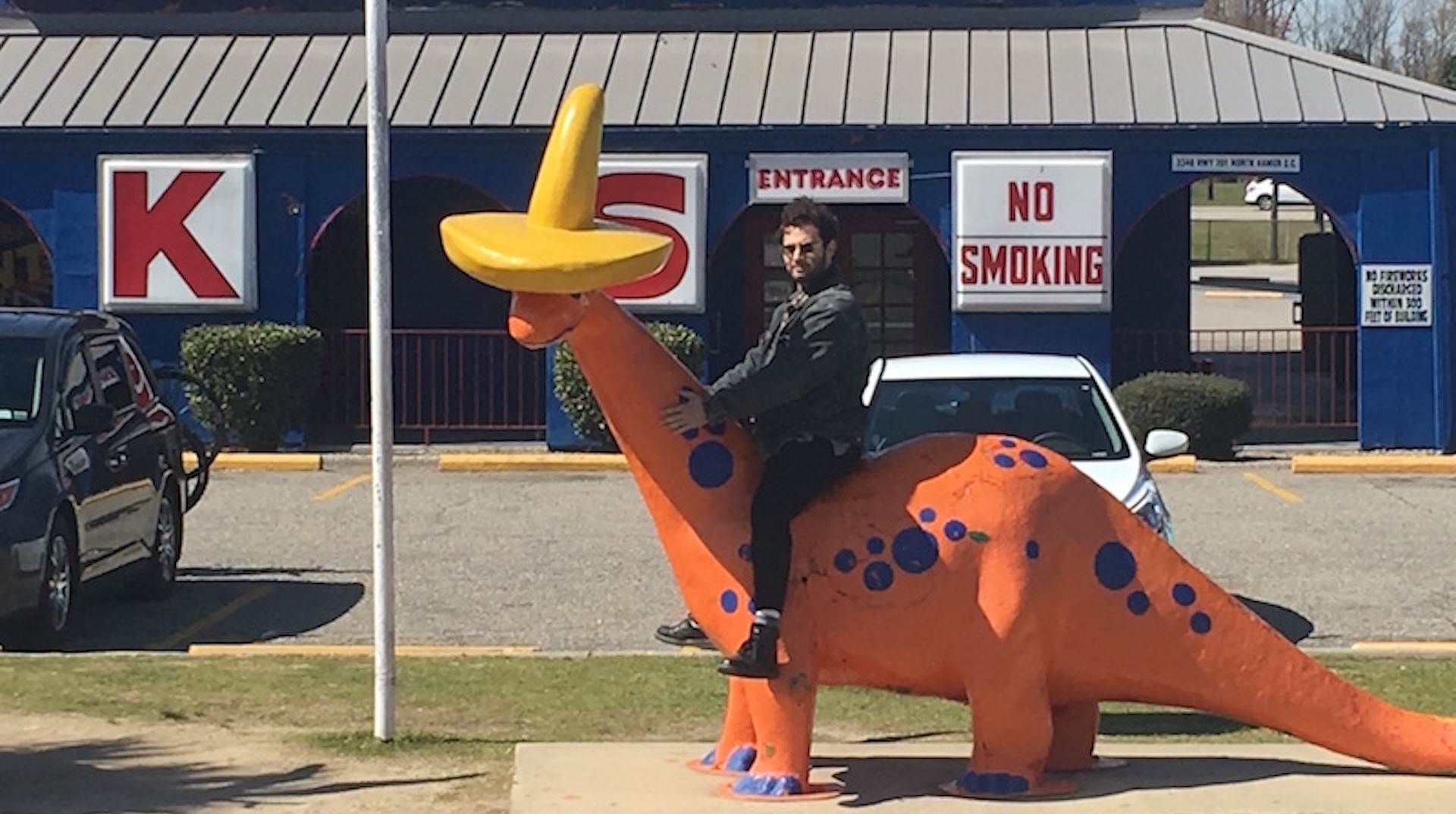 Charles Fauna’s latest single, “Another Good Person”, is a tranquil electronic track that strikes the perfect balance between deeply introspective, upbeat, and inviting. This Brooklyn native released his first song two years ago, and has since attracted well-deserved attention and support surrounding his follow-ups. The songwriter’s forthcoming project, slated for release later this year, came in response to a life-changing event, one that inspired him to look inward to explore questions of life and death, as well as the overarching theme of humanity.

Fauna wraps his North American tour tonight, which made 10 stops across the US including Nashville, Memphis, Washington DC, and two shows in his native NYC. We caught up with the alt-pop vocalist to get an inside look at what went on behind-the-scenes and what he’s been up to as of late. Between visiting Chesapeake Bay, enjoying beautiful sunset walks in Savannah, and playing three showcases at SXSW, it’s clear that Fauna and his band know how to have a good time on the road. Check out their tour diary below, then make sure to Track him on Bandsintown to get alerts when he announces shows near you! 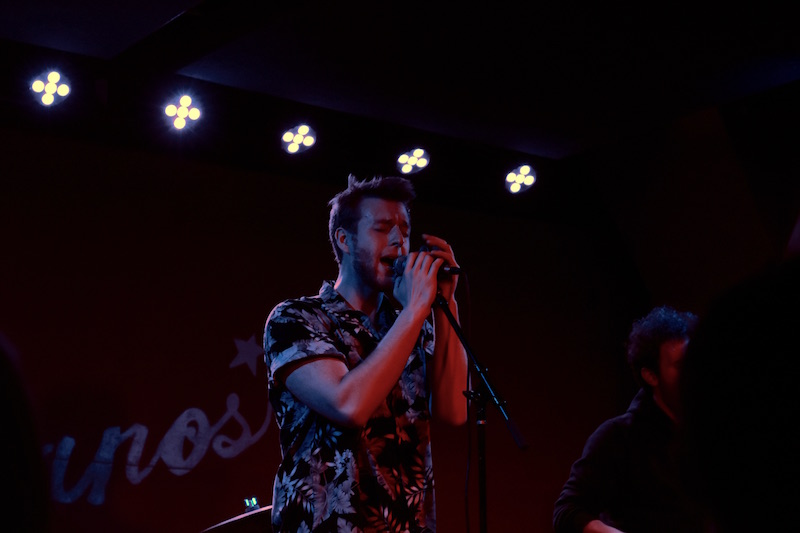 Before hitting the road with Cape Francis and pronoun, I played a warmup gig with everyone at Pianos in NYC. 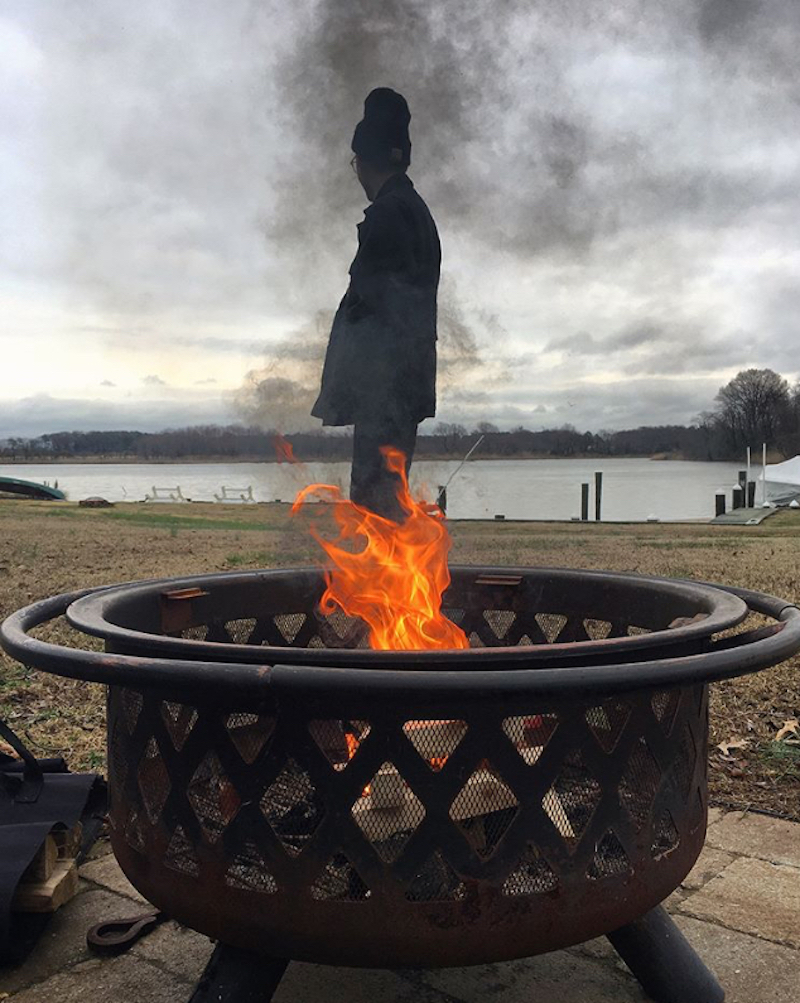 After our first show in DC we stopped in Chesapeake Bay for a night. We drove through a snowstorm across narrow bridges to reach this place, but it was worth it. It was cold and grey so we made a fire by the lake and toasted marshmallows. Here's my drummer Aaron standing in front of the fire he started. 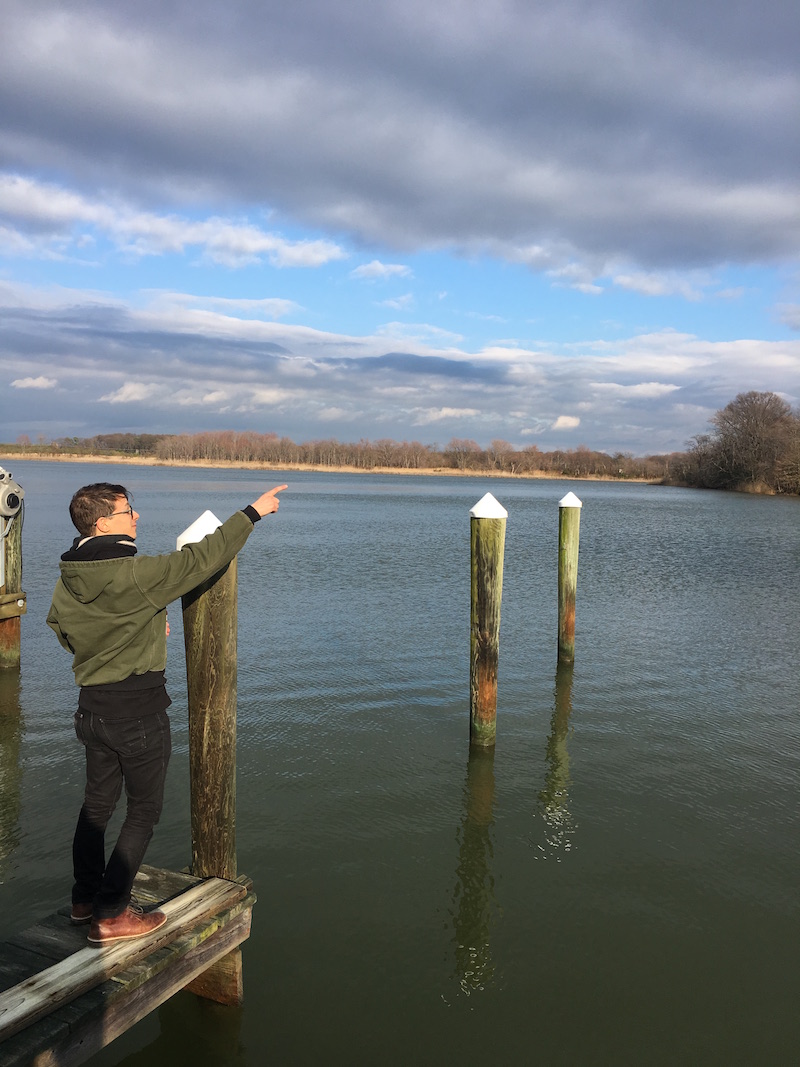 My guitarist Dave surely pointing out something interesting on the Bay.

We stopped at a diner on our way out of Carrboro, North Carolina. We had crashed at a gorgeous home off the main streets in the forest.

South of the Border 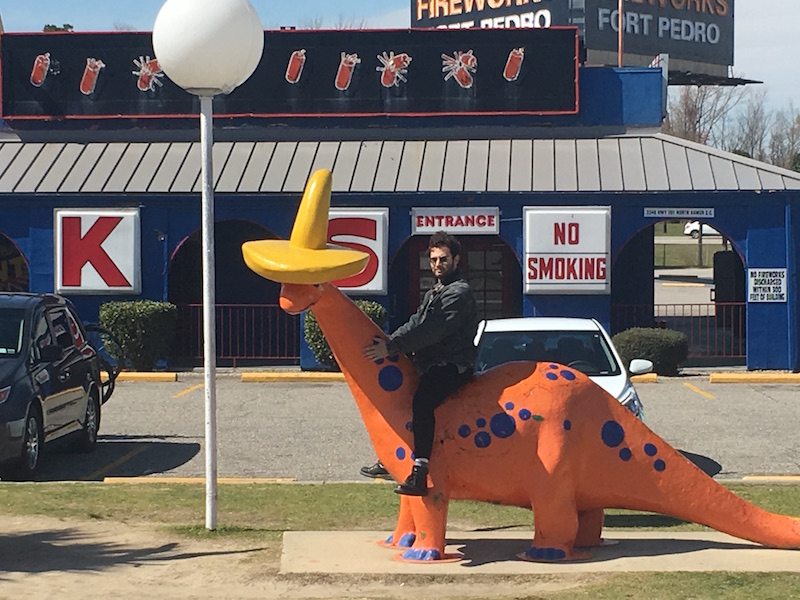 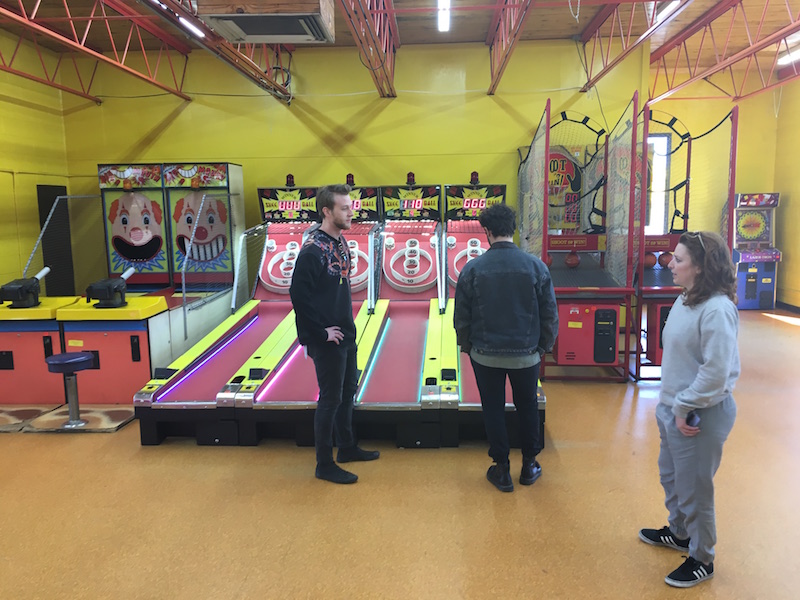 While passing through South Carolina we made our obligatory stop at South of the Border, a fireworks emporium turned bizarre town. Despite the total racial insensitivity of the place, my bassist Ronnie seemed to have made a friend. 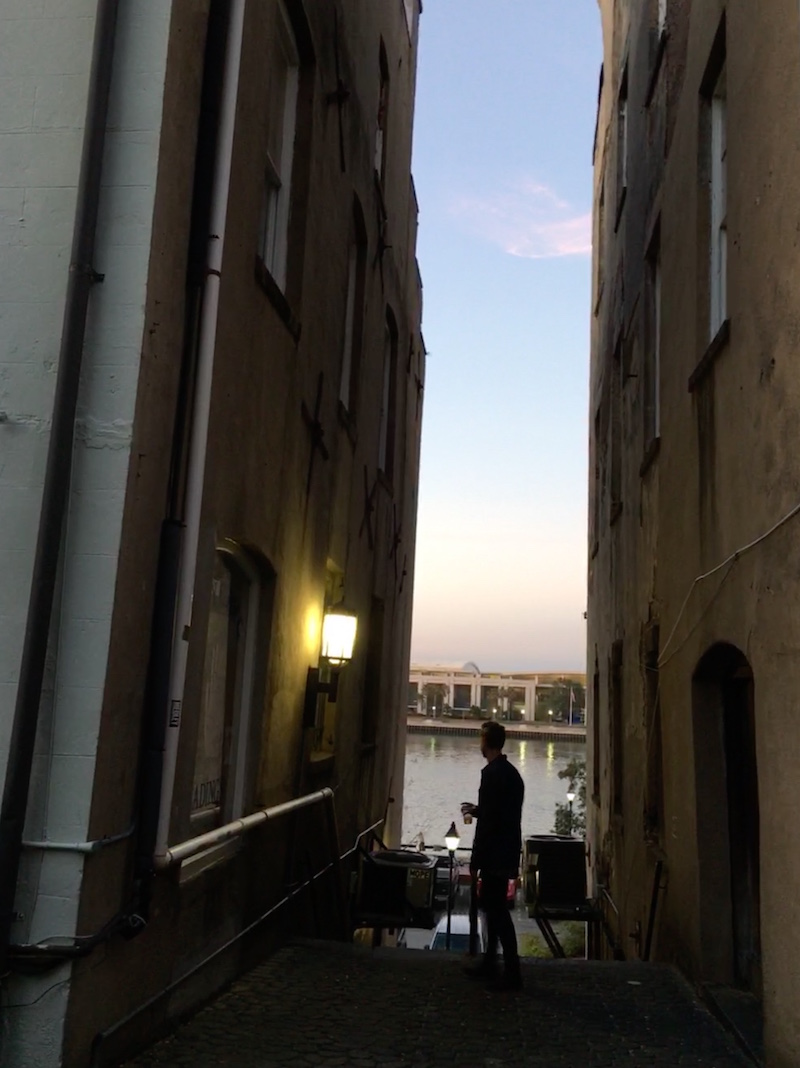 Savannah Georgia was our next stop and my personal favorite place on this tour. It is a gorgeous, historic city with alleyways and side streets to get lost in for days. 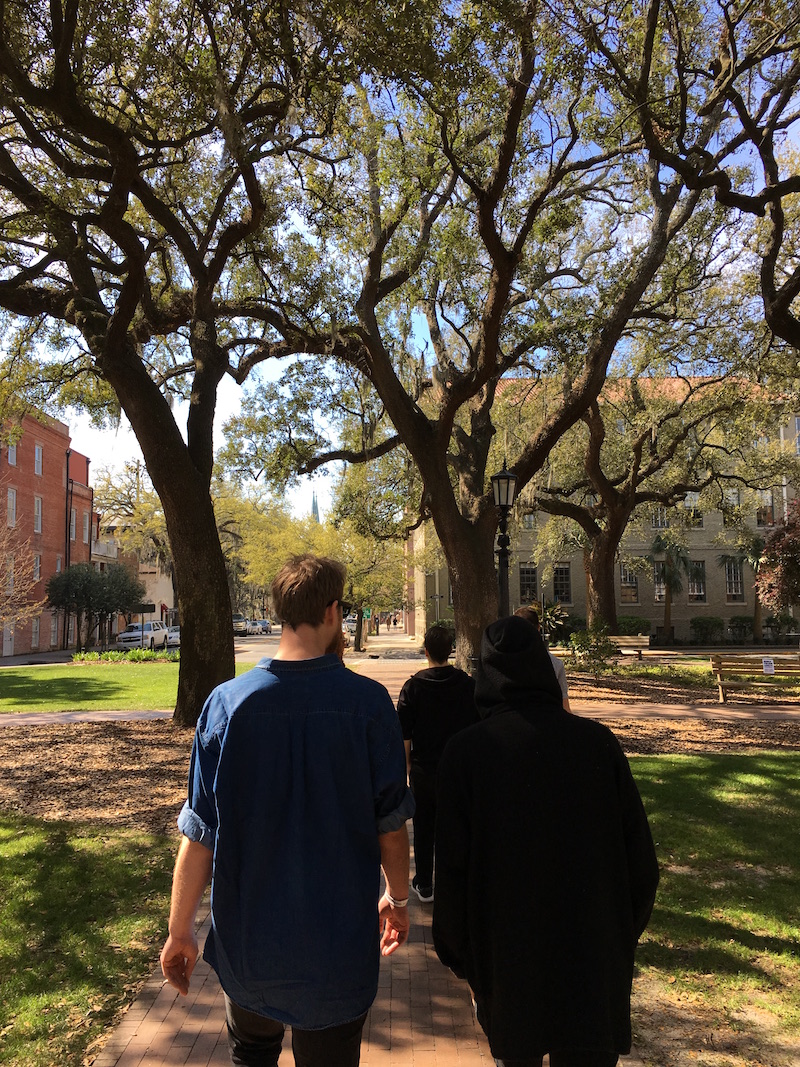 After some long and well-deserved showers we emerged in Savannah looking for local food. 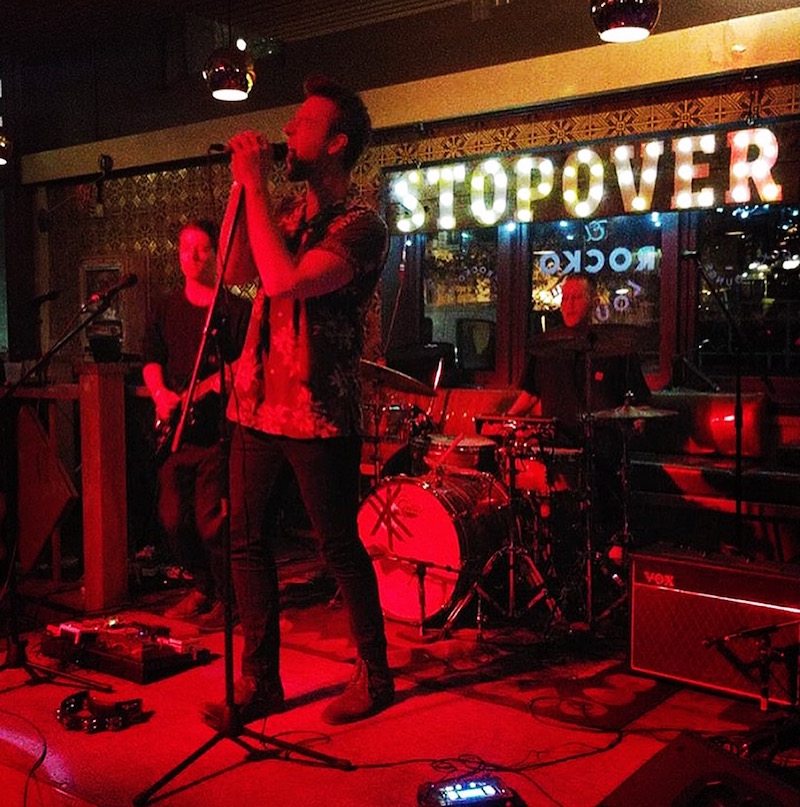 That night we played at El Rocko Lounge to the most energetic and involved crowd I've ever had—still smile when thinking about it. 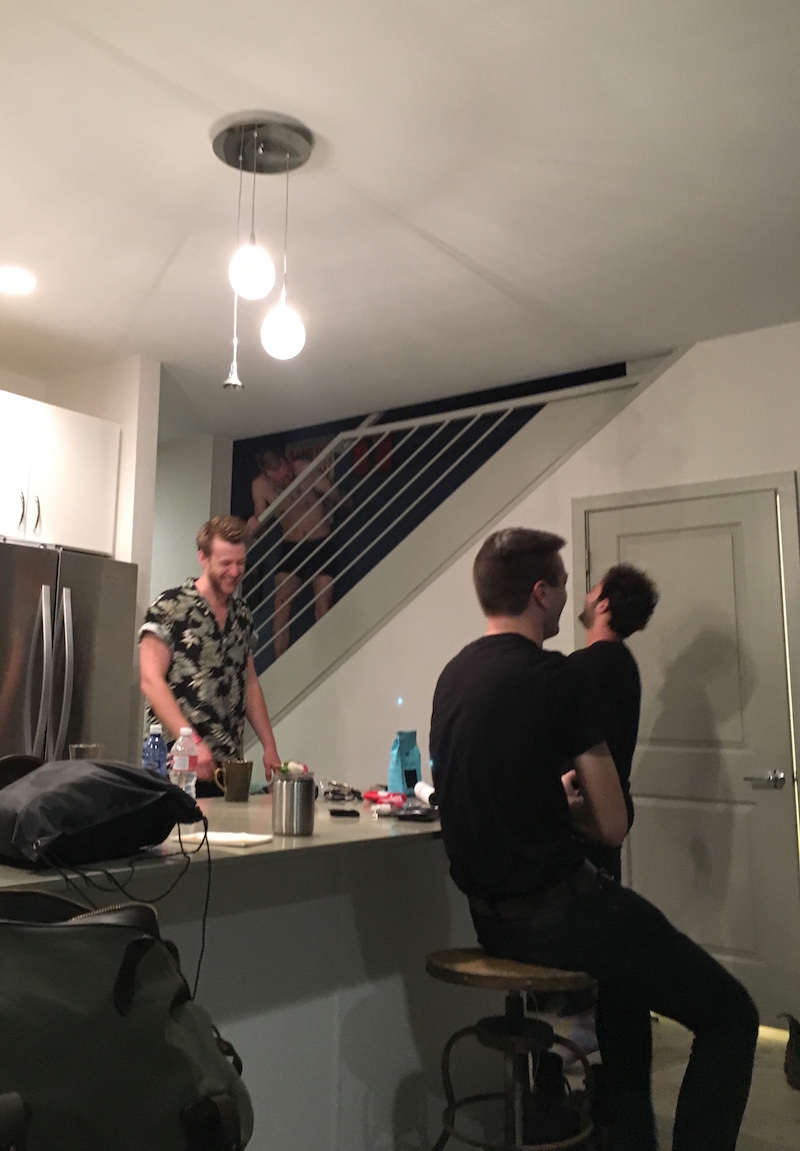 After Savannah we finally made it to Austin. Our friends and Brooklyn neighbors Plastic Picnic had joined us by this point. To say the shenanigans were rampant would be an understatement.