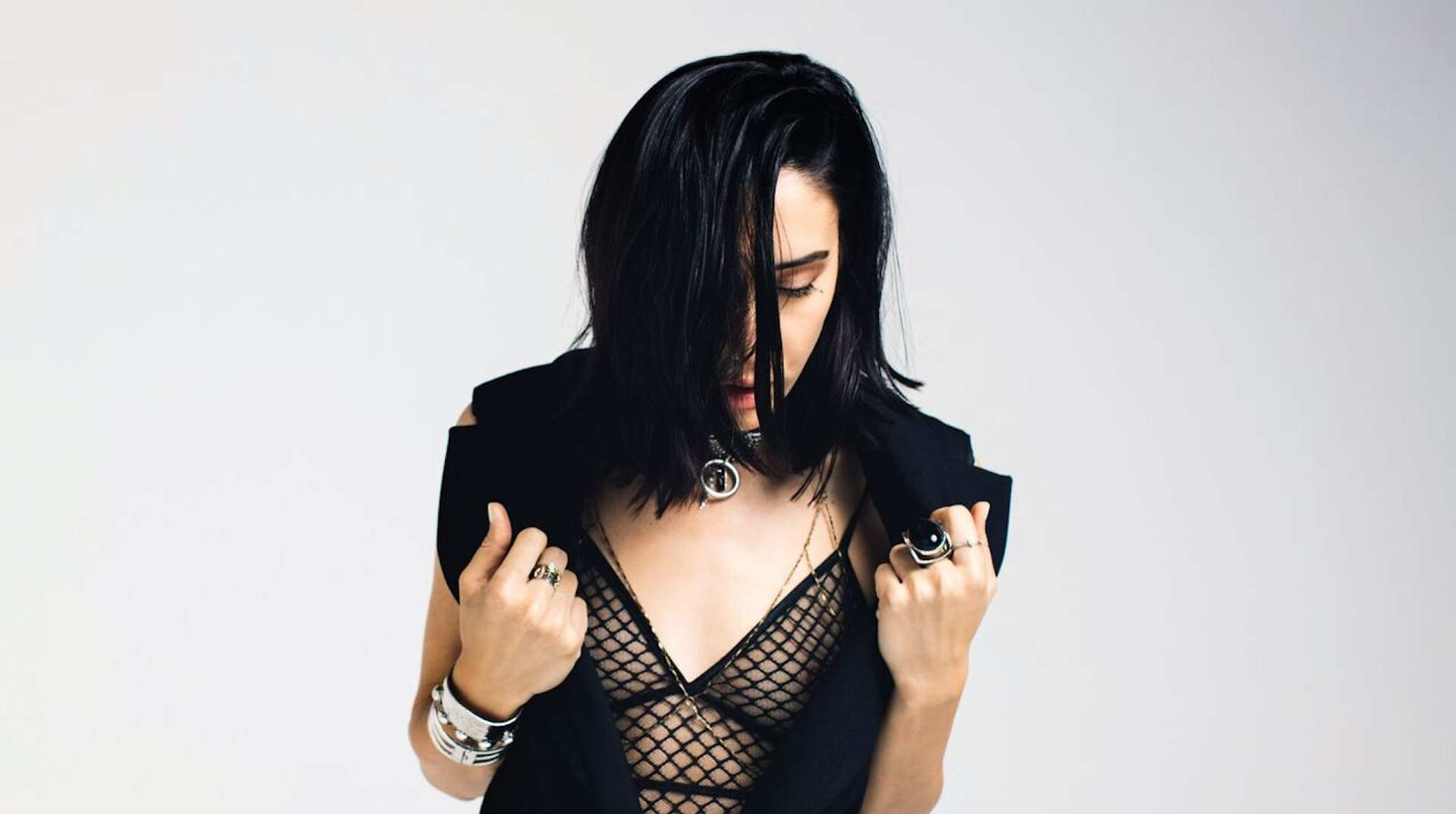 We headed to Rough Trade in Brooklyn Saturday, March 24 for Elohim’s sold-out show, which saw an opening set from LA-based solo artist, Yoshi Flower. In the moments preceding her arrival onstage, the crowd buzzed with anticipation, and gazed up at a message projected on dual screens in front of us. It read: “Welcome to the world of Elohim. You are beautiful. You give the world light. Make friends with the humans around you. We are all one. Let’s enjoy the night. I love you all the way. XAAX, El.” This inspirational epigraph set the tone for an electric set that was bursting with positive emotion and inclusivity.

The synth-pop star is known for her upbeat hits “Sensations” and “Sleepy Eyes”, as well as her original and unique approach to the genre. Her beloved single “Hallucinating” includes a riff from a mariachi band as part of the chorus. It’s the headstrong commitment to originality and positivity that gives her such a substantial edge as an up-and-comer in the electro-pop music scene.

A night with Elohim guarantees an epic light show and a dramatic entrance, made complete by her signature hooded cloak and dark sunglasses. Her energy is palpable and infectious, and she is overwhelmingly genuine. Each “I love you, El!” emitted from a member of the crowd elicited an endearing grin—a break from her serious onstage persona. The night was electric, as she blended her own brand of electronica with popular hip-hop songs, transitioning from her single to a rendition of Future’s identically named track, “Hallucinating”. Much to the appreciation of the crowd, Frank Ocean’s “Chanel” also made an appearance on the setlist.

Currently on her first US headlining tour, the artist and producer will also be making festival appearances this year at Bonnaroo, Coachella, and Electric Forest. The cherry on top for Elohim? Her debut album is slated for an April 27th release.

Rounding out her set at Rough Trade on March 24, she teased the new LP with a song called “Half Love”—arguably one of the most joyous and animated moments of the night—which left the entire crowd wanting more. Only three and a half more weeks to go, people.

Make sure to track this rising star on Bandsintown—you don’t want to miss out when she plays a venue near you!