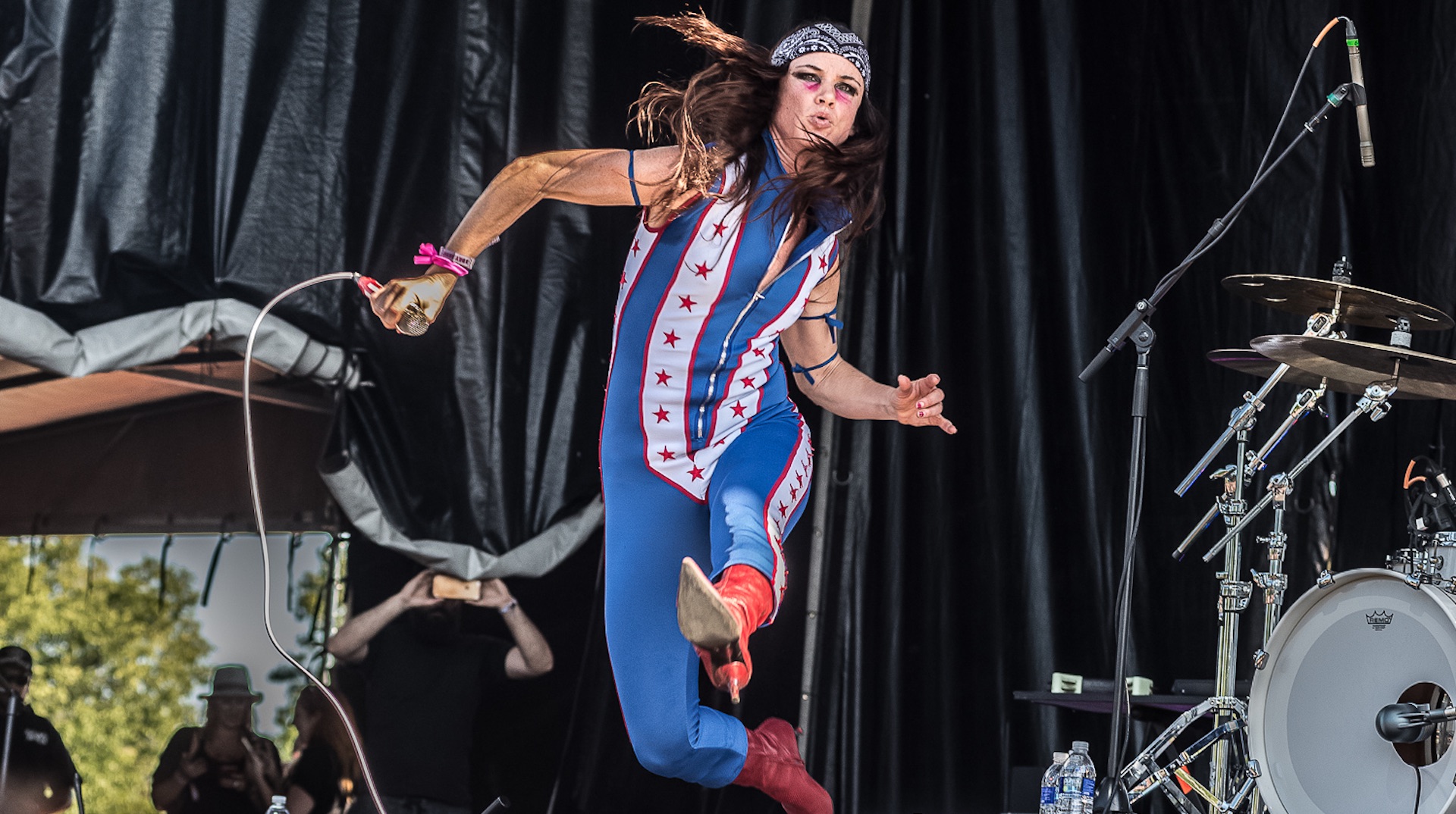 There’s no better surprise than seeing one of your favorite musicians appear as a guest star on your latest binge-worthy show, right? After all, Gavin Degraw was practically a regular cast member on One Tree HIll, and who didn’t love it when The Killers, Modest Mouse, and Death Cab For Cutie all made appearances on our favorite sun soaked dramedy, The O.C.? Film and music go hand-in-hand, and the line between actor and musician is often blurred. Some shows, like Gossip Girl, have a larger turnover rate than others—four of the lead actors—Penn Badgely, Taylor Momsen, Ed Westwick, and Leighton Meester—all pursued music after the finale of the beloved show. Leighton Meester is even partially responsible for one of the great classics of 2000’s pop—Cobra Starship’s “Good Girls Go Bad”.

The artists we’ve chosen to highlight could be standouts in either field. They embody the beautifully enigmatic crossover between on-screen and onstage—they’re the face of the character we all grew up with and the incognito actor drumming out the beat to one of your favorite songs. From leading ‘90s teen heartthrobs like Jared Leto to newer sensations like Finn Wolfhard from Stranger Things, these actors prove over and over that their talents know no bounds.

You probably already knew this one, but it’s too important not to mention. The LA based band formed in 1998, with Jared rotating through vocals, guitar, bass, and keyboards. His brother, Shannon, kicks it on drums.

Juliette Lewis is one of those actors who reinvents herself with every role she commits to - her portrayal of Mallory Knox in Natural Born Killers is practically unforgettable. Her onstage persona is equally as badass, and she continues to bring her own brand of IDGAF to venues around the world.

You already know and love him from his role as Clay Jensen in 13 Reasons Why, but did you know he’s also a super talented musician? His band, Wallows, has released six singles since they formed last year, perhaps most notably is “Pleaser”—a track that blends surf rock and pop riffs effortlessly.

It turns out there’s really nothing Ryan Gosling can’t do. His band, Dead Man’s Bones, a duo made up of the La La Land actor and his friend, Zach Shields, carve out their niche in the realm of the macabre. Their songs bring love stories about ghosts and monsters to life and explore a passion for the supernatural that both actors have long harbored.

ICYMI: Lonely Boy is sporting a new look these days. He’s long since traded in his preppy Gossip Girl wardrobe for some distressed jeans and messy hair, and believe us, it’s working. His band, MOTHXR, is a four-piece group formed in Brooklyn and they just released a dreamy debut album, Centerfold. And as an honorable mention, the younger Humphrey sibling - the Little J to Badgley’s Lonely Boy - is also a notable crossover musician, rocking out as the lead singer of the post-grunge band, The Pretty Reckless.

Did we really expect anything less from James Franco than a band called Daddy? The prolific actor, artist, and overall wild card evidently has even more up his sleeve. A venture inspired by The Smith’s, equipped with Andy Rourke himself, the band has already released an album with an accompanying set of music videos that link together, creating a masterful art film.

For those of you who still aren’t over your love for The O.C.’s beloved character Seth Cohen, here’s a little piece of news to brighten up your day - Adam Brody is in a band called Big Japan. He’s a drummer, and continues to work that understated charm to the max. Not only is he an actor-turned-musician, he also happens to be in a musical marriage with his wife Leighton Meester.

As Blair Waldorf in Gossip Girl, she rocked the casual daytime headband like no one else, and proved to the world she could be a world class burlesque dancer. Her single with Cobra Starship debuted in 2009 and if you haven’t seen the music video for that song at least thirty times … you’re lying. It was even nominated for an MTV Video Music Award for Best Pop Video. Her album, Heartstrings debuted in 2014, and featured the hit "Somebody To Love" featuring Robin Thicke.

If you love Stranger Things, you’re in luck — everyone’s favorite little ghostbuster, Mike Wheeler, is in an alt/indie/rock band called Calpurnia. The LA based four-piece is made up of Wolfhard (vocals, guitar), Jack Anderson (bass), Malcom Craig (drums), and Ayla Tesler-Mabe (guitar) and are close to releasing their debut EP, executive produced by Twin Peaks’ Cadien Lake James. Check out their single, “City Boy” and meet your next favorite band.

This is the comedy-rock band you should already know about. Their shtick? Covering Velvet Underground songs and replacing the titles and lyrics with pizza-themed phrases. Incorporating guitars, glockenspiel, drums, tambourine, kazoo, and the ever-trusty musical pizza box (no seriously, check this out). Though the frontman, best known for his portrayal of Kevin McCallister in the cult-classic Home Alone, announced in an appearance on the podcast WTF with Marc Maron that Pizza Underground had broken up, we’re still hoping to catch a reunion show.