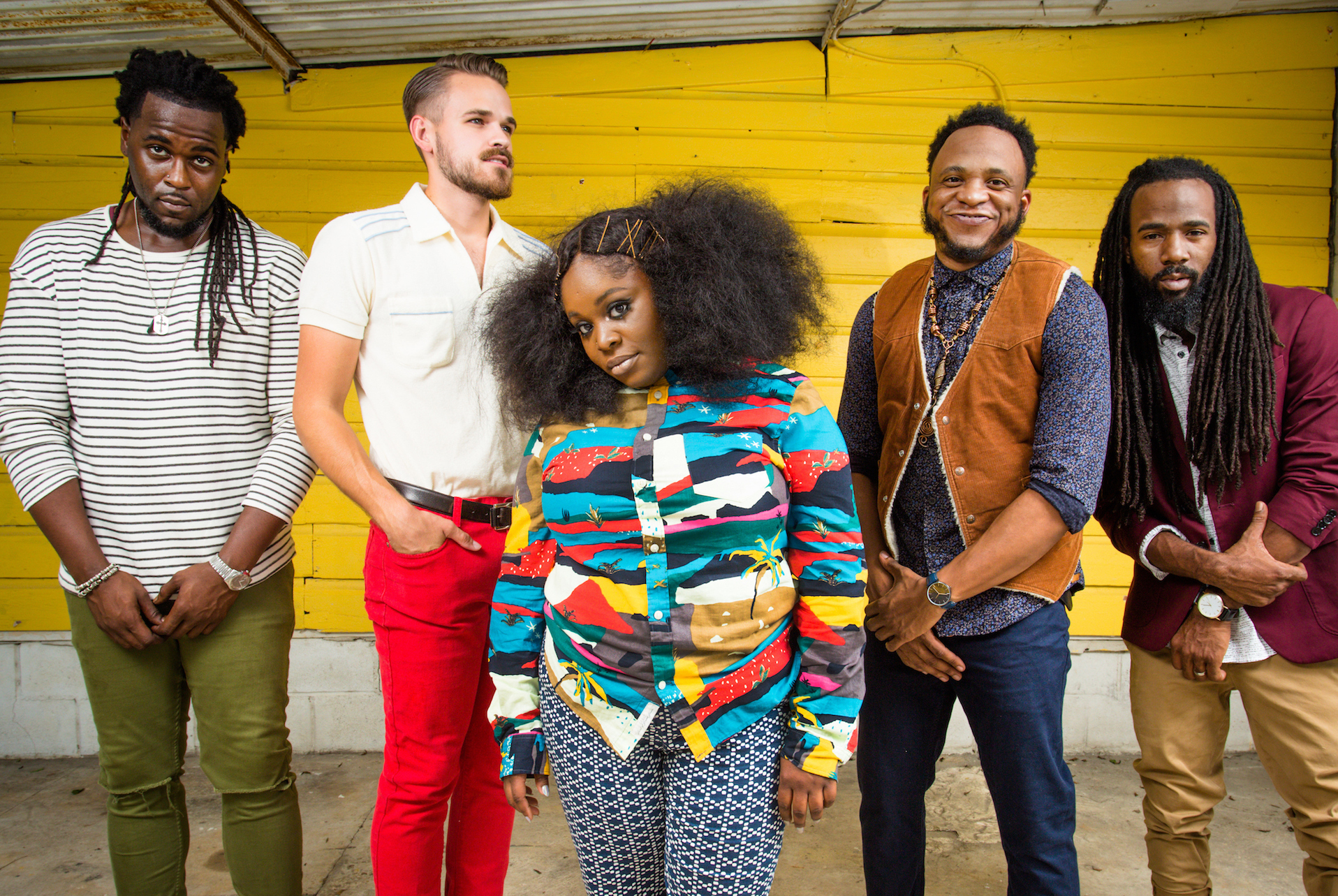 The first time my boss saw Tank and the Bangas live, she messaged me after she left the venue saying, "I'm speechless, and have no idea how to describe it to anyone." The next message said, "I want her to be president."

She was referring to the New Orleans five-piece's frontwoman, Tarriona “Tank” Ball, the poet-turned-songstress who has captured the hearts of millions via her flawless delivery and spoken word realness. Since the R&B storytellers beat out 6,000 other entries last year to win NPR's Tiny Desk Concert, they've hit festival stages across the country, sold out venues, and announced their first headlining tour.

Today marks another huge one for TATB—they blessed us with a new single "Smoke.Netflix.Chill," a 4/20 anthem they'll be performing tonight at Coachella.

In the spirit of their sensational new single, the band shared with us their favorite tracks from shows in their Netflix queue. If you won't be *chilling* at home tonight, make sure to catch their set in Indio (trust us, it'll be the 4/20 celebration you'll never forget).

Gilmore Girls - "Where You Lead" by Carole King

She’s Gotta Have It - "All Blues" by Miles Davis

She’s Gotta Have It - "Between The Sheets" by Isley Bros

She’s Gotta Have It - "Nobody" by Jack Freeman

Stranger Things - "Every Breath You Take" by The Police