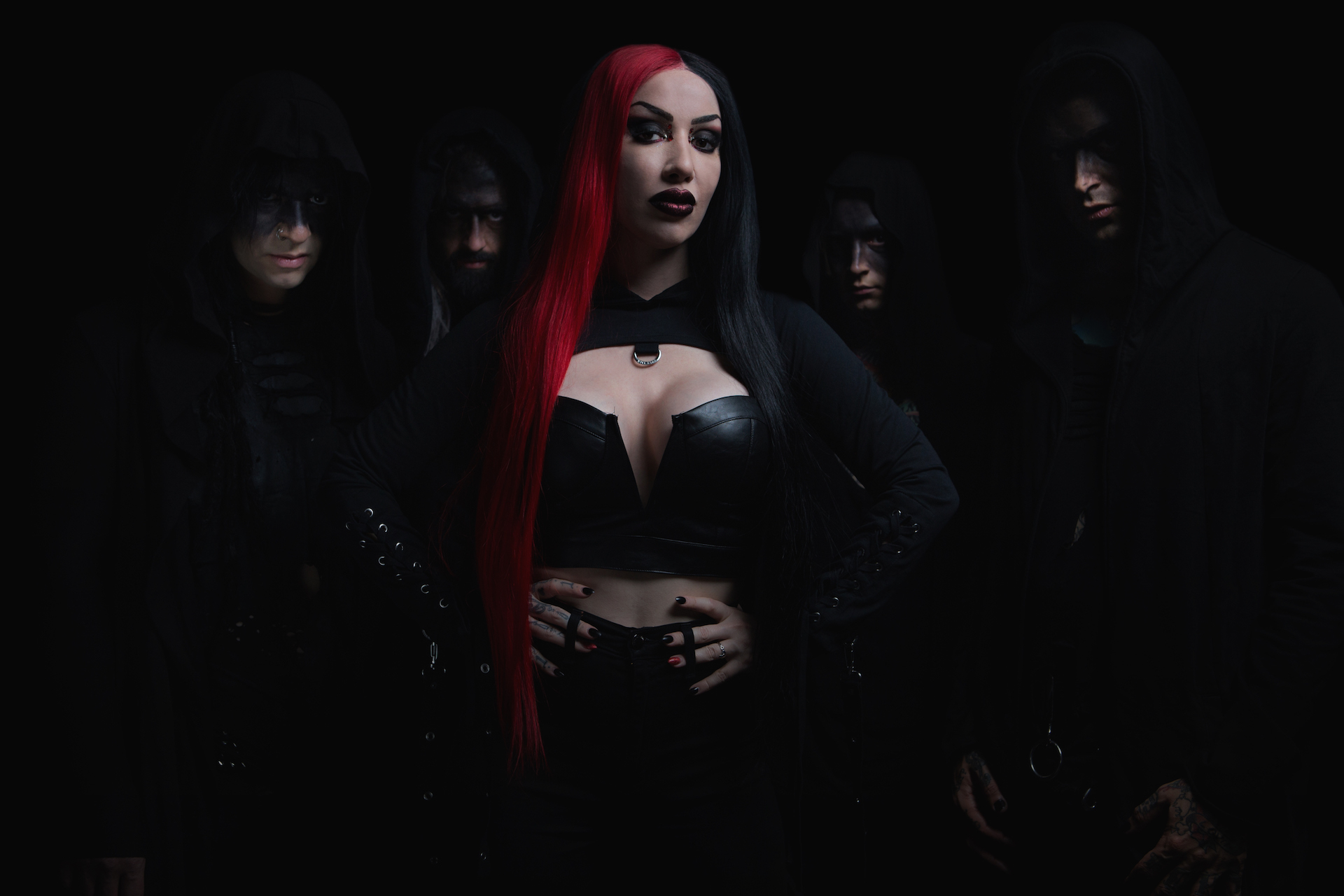 Can we just take a moment to appreciate the current tour going on with In This Moment, Halestorm, New Year’s Day, and Stitched Up Heart? Featuring an all-female lineup that packs a punch, this run showcases the best of the best when it comes to hard rock in 2018.

Since it kicked off on April 30 in Houston, the awe-inspiring frontwomen—Maria Brink, Lzzy Hale, Ash Costello, and Mixi—hit cities like Nashville, Cincinnati, Pittsburgh, and Indianapolis. On tonight's agenda? Boston, where they'll be performing at Tsongas Center to thousands of diehard fans.

We caught up with not only New Year's Day's Ash Costello, but with the rest of the band as well, to find out what they've been listening to on the road thus far. From songs that incite dance parties like Toto's "Africa", to legendary anthems like "Sympathy for the Devil" by The Rolling Stones, check out their picks below!

Then, make sure to Track the "Angel Eyes" creators on Bandsintown!

This is a unifying song. No matter what band we are on tour with, what genre of music they play, when this song comes on an all-out dance party ensues every time.

2. 'This Charming Man' - The Smiths
Track

This is one of the songs we put on where EVERYONE immediately starts happy dancing.

A hidden gem. I play this song when I need to get everyone’s attention on the bus. Everyone starts stomping around pretending like they’re holding lanterns in a haunted cemetery, its hilarious every time.

It has a dance beat you can’t deny!

Well, this is Buffalo Bills them song from Silence of the Lambs, and us being the horror movie fanatics we are, everyone grans a jacket or shawl and does their best Buffalo Bill dance move. Appropriate? No. But fun? Hell yes!

Because its got great guitar work and guest female vocals.

The chorus melody is heavenly and I’ve been all about his latest album, Synapse.

This song is such a party song, from the beat to its lyrics. It's a reflection of all the Motown greats. Bus party dance off! How can’t this song pump you up?

10. 'Sympathy for the Devil' - The Rolling Stones
Track

Where can we start? You have five of the most talented fellows that have graced us with there music, theory, sight, sound and vision. The beat to this song and its arrangements are so well thought out and put together. The melody and lyrics are both dark and enlightening. Legendary!

Man, this song has been with me since birth! Far Beyond Driven is the album my parents didn’t want me to listen to...so, f&#* it!! That’s what I wanted to listen to! The opening guitar riff is so brutal. The chorus relates to everyone at some point in their life. The break down makes me want to go berserk! I soundcheck with this song.

Always gets me pumped before playing drums, too.

It starts off with a scream, almost like a war cry, and this disgusting raw guitar riff. That and the attitude in the vocals makes it. Hands down, if you ain’t throwing the room around, are you even listening to it?

From its beautiful beginning to its explosive intro, this song kicks ass in every way! And, to see it live—the soulful solo as the drum set levitates to the heavens…THAT is rock'n'roll!

The riff has this swagger to it—a super cool, sexy feel. Marc Bolans voice can almost make you feel like you can do anything.

I don’t know why, but I think this has the best drum tone ever. It’s so simple and comes in so jammin. Honestly, any ELO song can be put in here, but that intro, BAM! Brings it home!