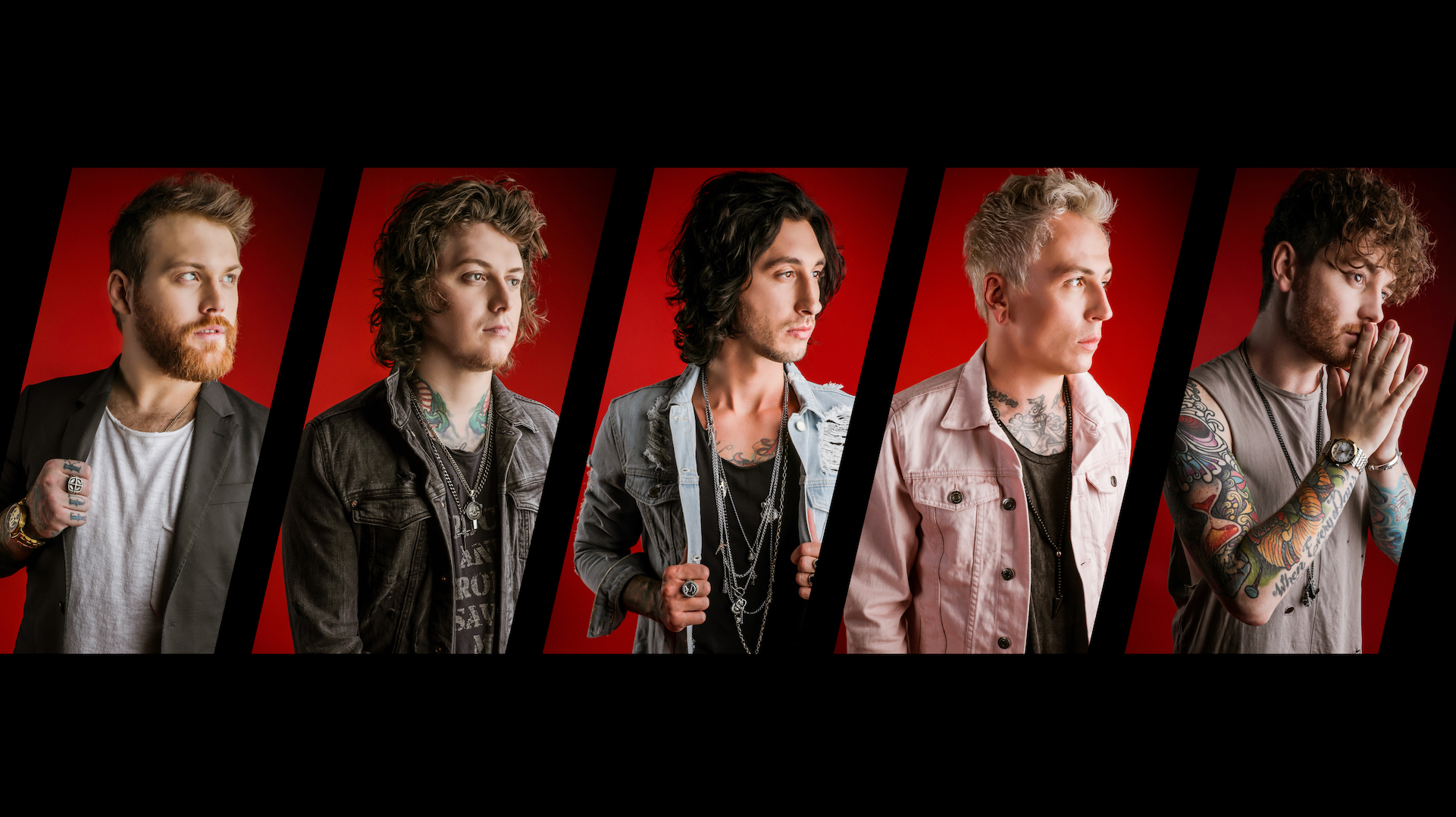 Asking Alexandria’s fifth, self-titled album is the comeback fans have been waiting for. Filled with the familiar riotous, contagious sounds that won us over back in 2006, Asking Alexandria is one of those LPs we dream of hearing beyond our headphones—and instead live at a concert, while moshing with fellow fans.

Lucky for us, the English rockers—Danny Worsnop (lead vocalist), Ben Bruce (lead guitarist), Cameron Lidell (guitarist), James Cassells (drummer), and Sam Bettley (bassist)—are currently on the road performing the new tracks and old favorites for their fans worldwide. Since kicking off on June 1, the tour has brought them through Italy, Switzerland and their native UK, and will be making a few stops throughout Eastern Europe before supporting Godsmack and Shinedown in the US this fall.

For a die-hard fan of Asking Alexandria, there is probably nowhere else they’d rather be than front row screaming at the top of their lungs to their new songs. Or maybe there is—hitting the road with them. While we can’t grant fans that kind of access, we did get to chat with Ben Bruce, lead guitarist of the Yorkshire metalcore group, to find out what his favorite road jams are. Check out his touring soundtrack below, and don’t forget to track Asking Alexandria on Bandsintown!

“I’m completely obsessed with NF at the moment. As a lyricist and story teller, he manages to take the listener on a journey in such a vivid way that’s almost unparalleled in today’s rap genre.”

“It’s just the perfect song to get your energy levels up and prepare to play a rock show.”

“It’s just a great summer festival jam to drink beers to and enjoy the sunshine!”

“Because who says you can’t jam your own band?”

“This band has merged the lines between rap, rock, pop and hip-hop and just creates incredibly catchy songs with huge hooks.”

“This guy may be one of the worlds biggest pop stars at the moment, but he is a rockstar at heart and I love seeing a rocker hold our flag up in the pop world.”

“Muse just never disappoints. They stay relevant and up to date with the times but never lose sight of who they are as a band.”

"It’s just one of the catchiest songs to have been released in a while! Puts you in a summer time mood; perfect for festival season!”