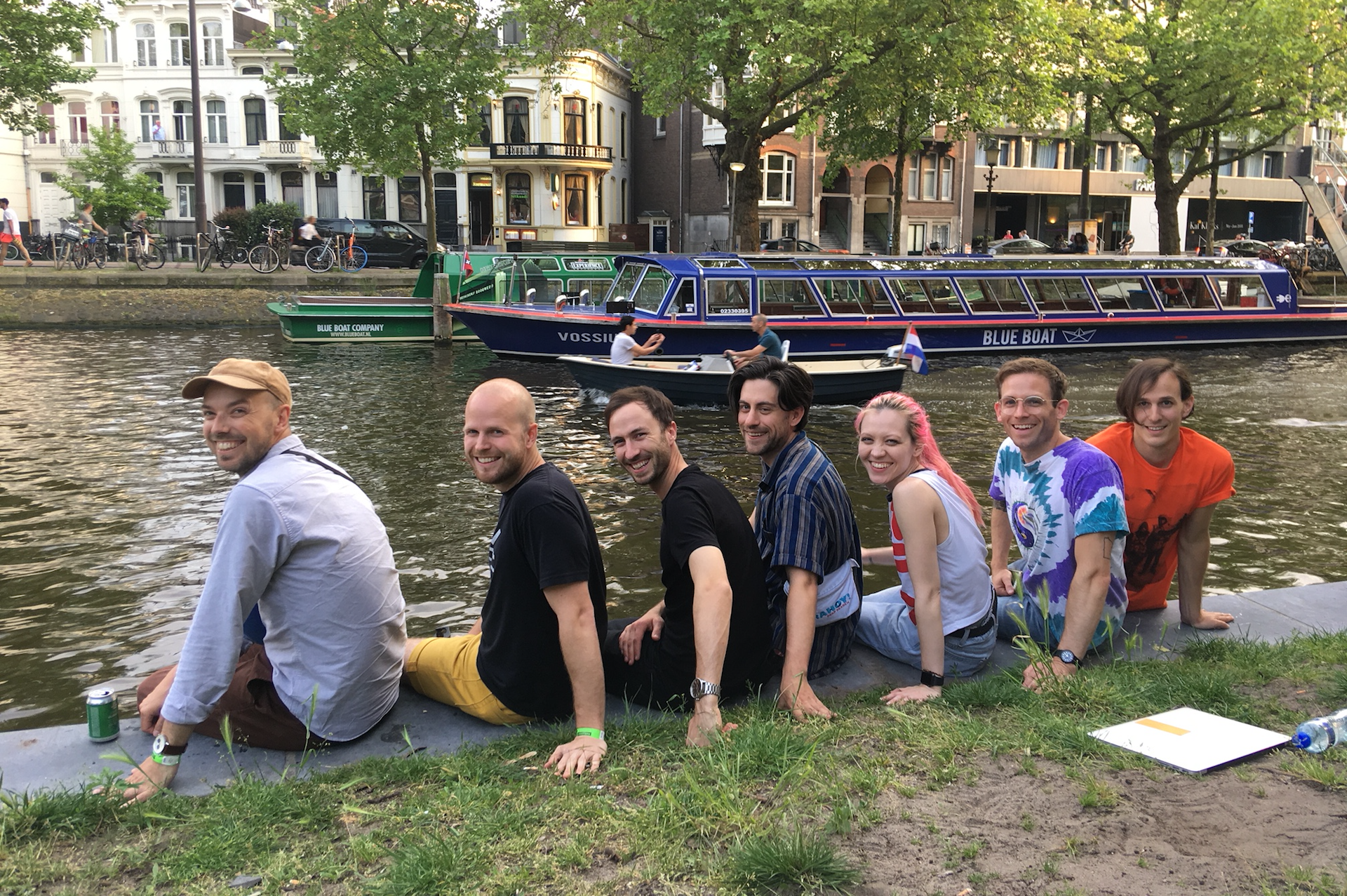 As their name suggests, Now, Now know there is nothing more important than living in the moment. Accepting nothing but the best for their Summer ‘18 plans, the indie-rockers trekked to Europe to play shows in places like London, Berlin, and Paris in support of their new (incredibly magnificent) album, Saved. When they weren’t tearing it up at one of the aforementioned cities' coolest venues, they could be seen hanging by the canals of Amsterdam, making furry friends, and refueling at hotels before their next show.

In-between gigs, the two-piece—KC Dalager (vocals, guitar, keyboard) and Bradley Hale (drums, backing vocals)—let us in on what went down behind-the-scenes the week that their LP dropped. Check out their unforgettable adventures below, then make sure to track them on Bandsintown to see them in your 'hood! 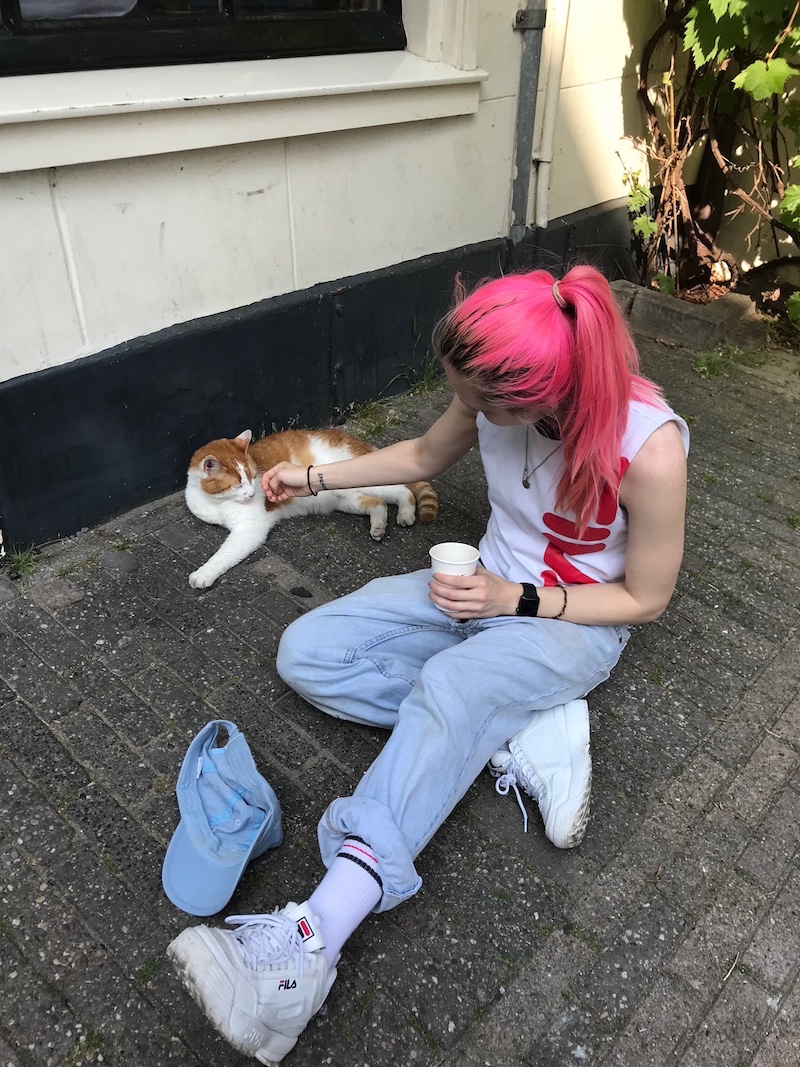 Everywhere we go I have to find an animal. In this case it was a cat hanging outside a shop in Amsterdam. 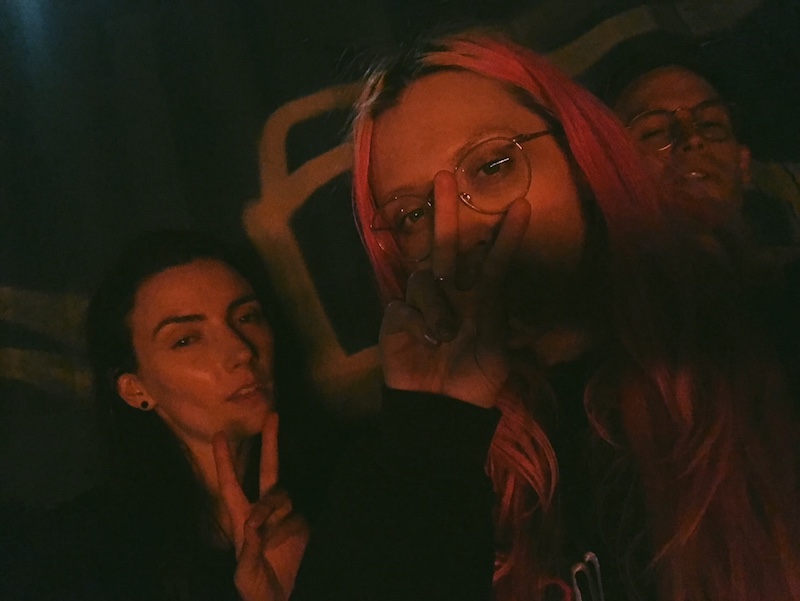 We were lucky enough to get our friend So Below to be a part of the tour. This was taken in the parking lot after our last show together. 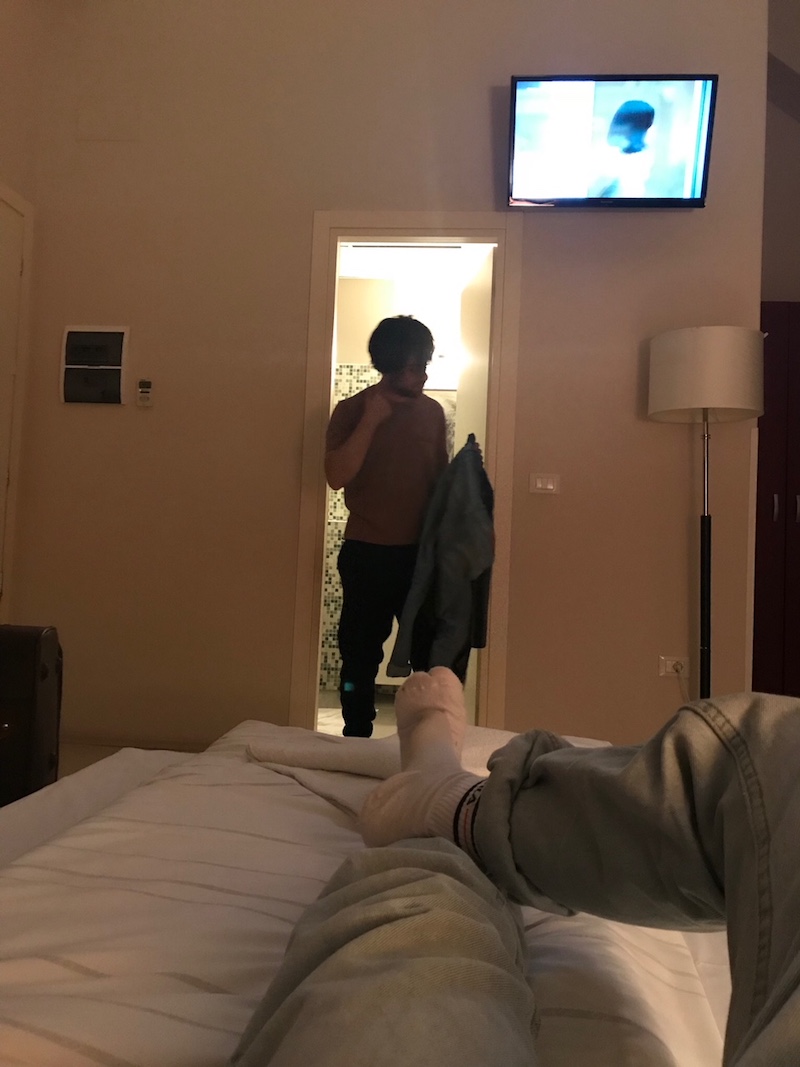 Brad and I post show getting ready for bed in our hotel room. 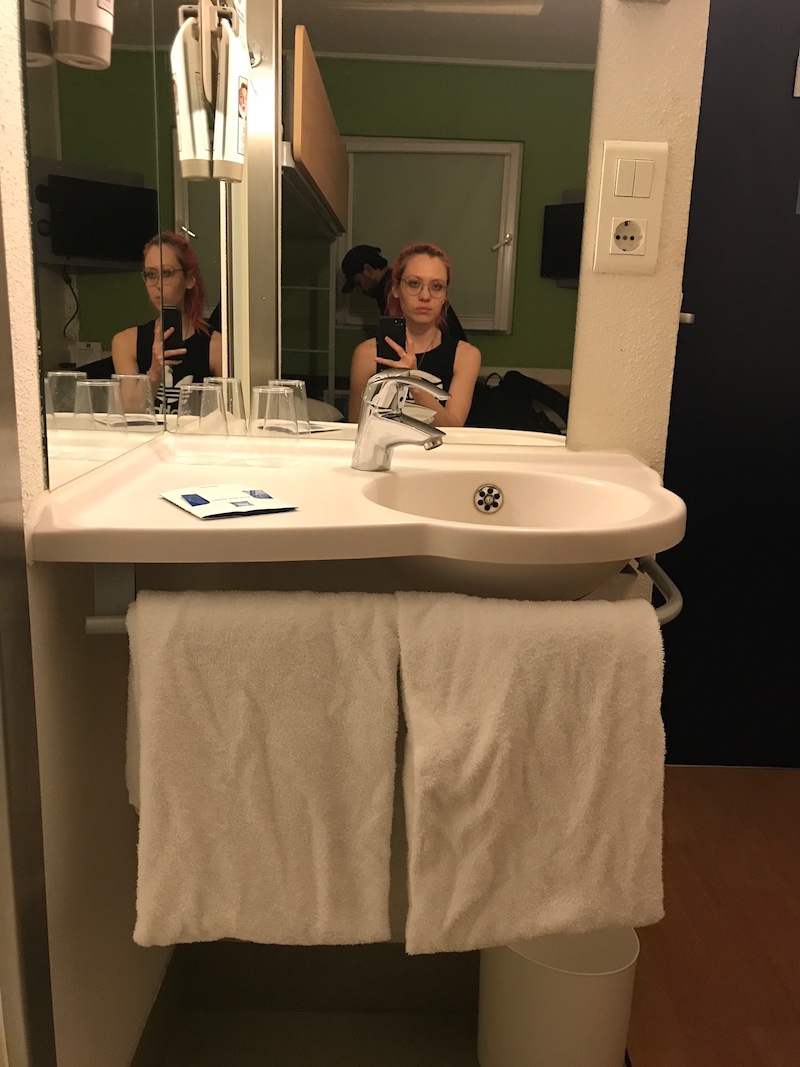 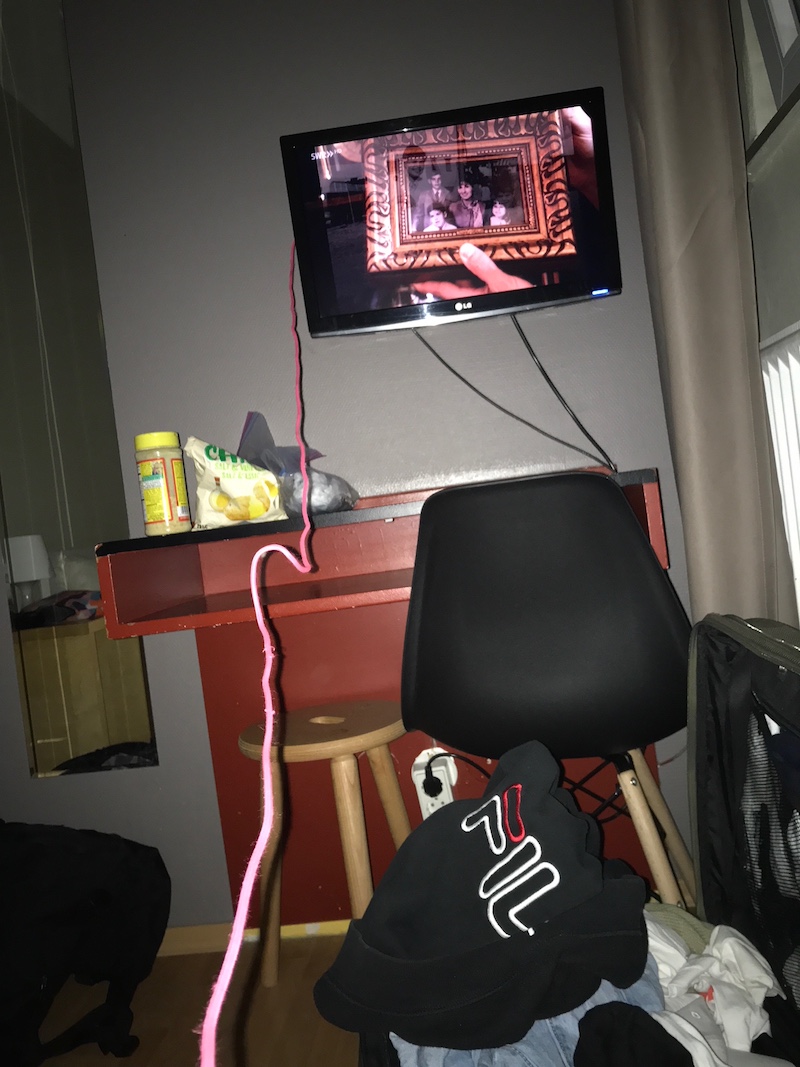 Speaking of hotel rooms, one of the nights I ended up in my own room. It was about the size of a closet. But this photo says a lot about me. My huge, messy suitcase. Some chips. Nutritional yeast. Protein powder. And I forgot an adapter for EU power so I had to plug my phone into the TV at night. (The room was so small that it reached while I was laying in bed.) 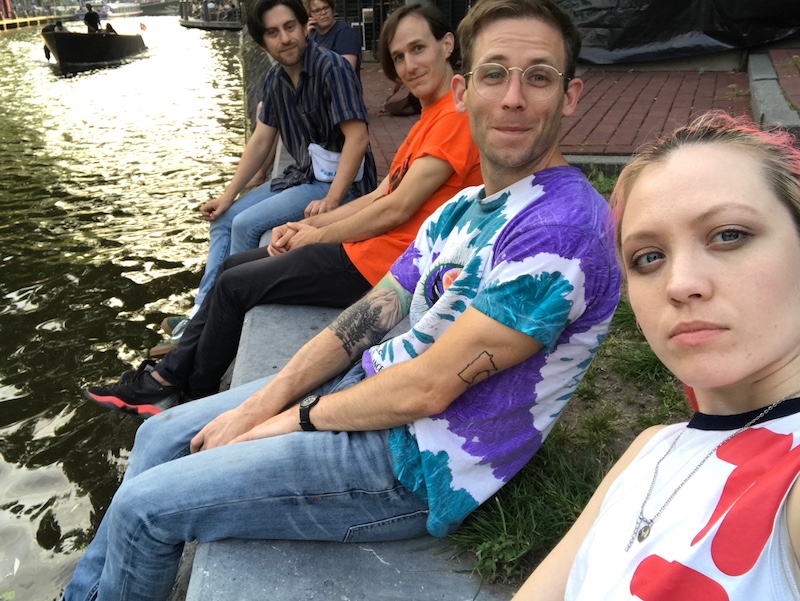 Another one from Amsterdam. This canal was right outside of the venue so we got to hang out here before we played. This is one of my favorite memories of that tour. 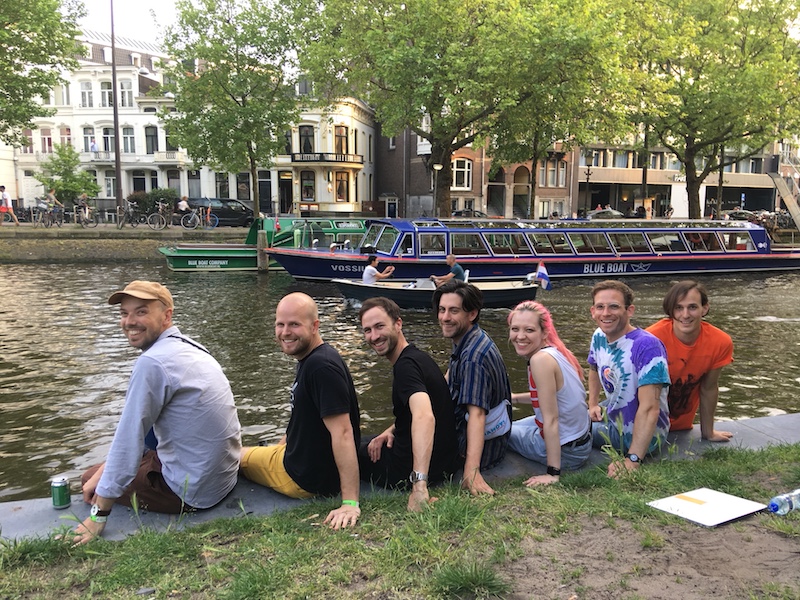 Our full crew later on in the same spot. 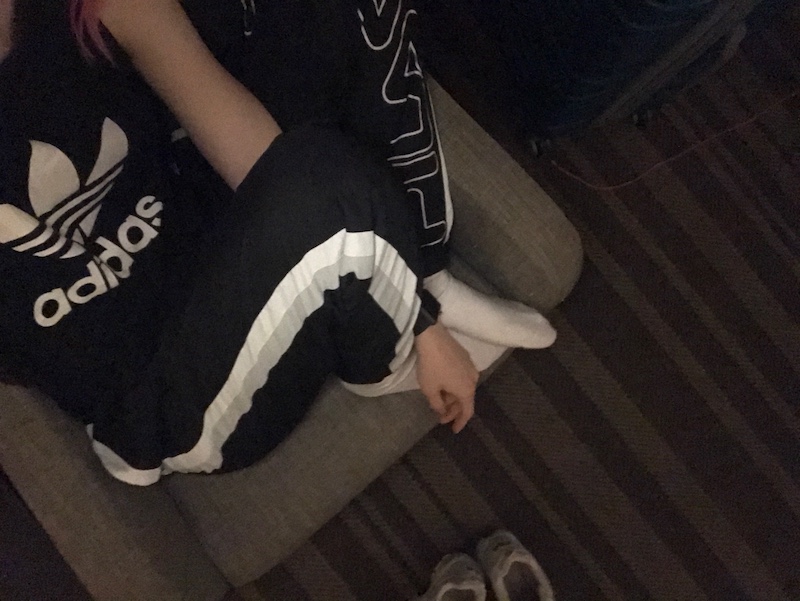 Sometimes when we get to our hotel at night I end up just sitting and spacing out for an hour. This particular night, all of the guys went out to the hotel bar. So I sat in this spot in silence for about 2 hours by myself. 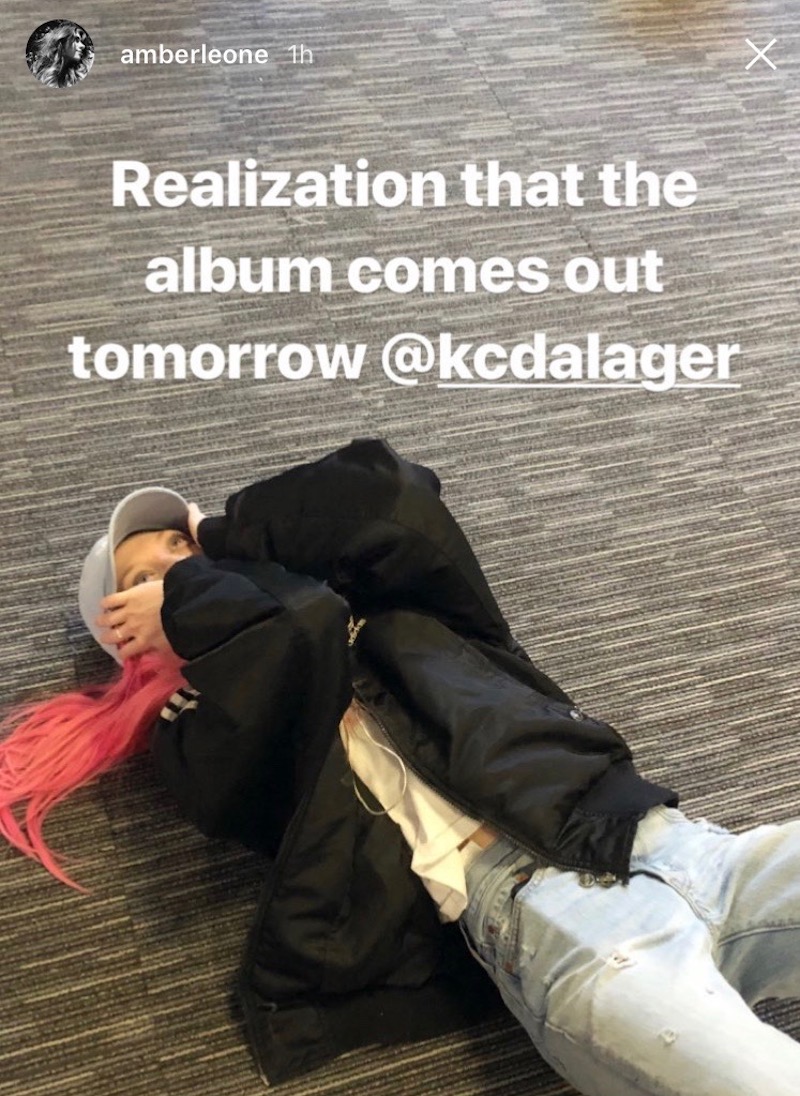 This photo was taken by our manager the day before the album came out. The reality of it just hit me in this moment. 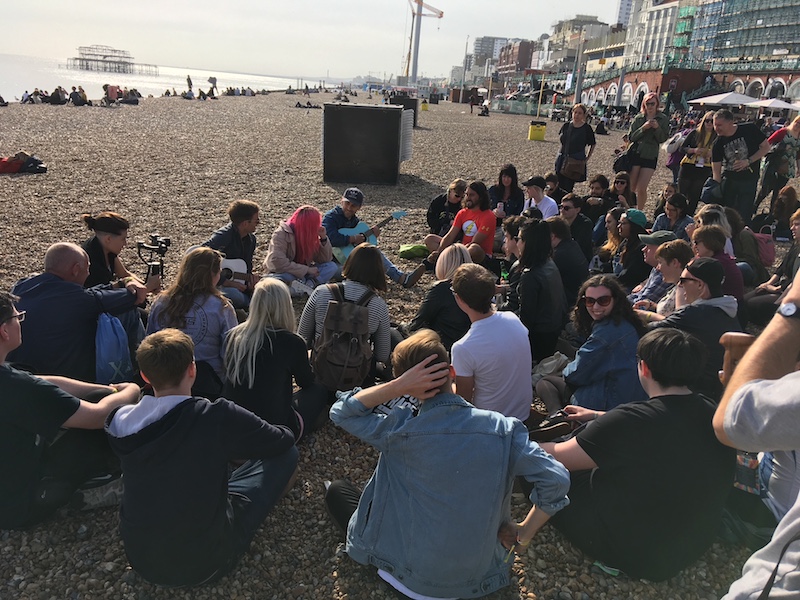 This was the next day. The day Saved was released into the world. We had a show scheduled for inside a venue, but we decided to make it special and play acoustic outside on the beach. I will never forget this day. 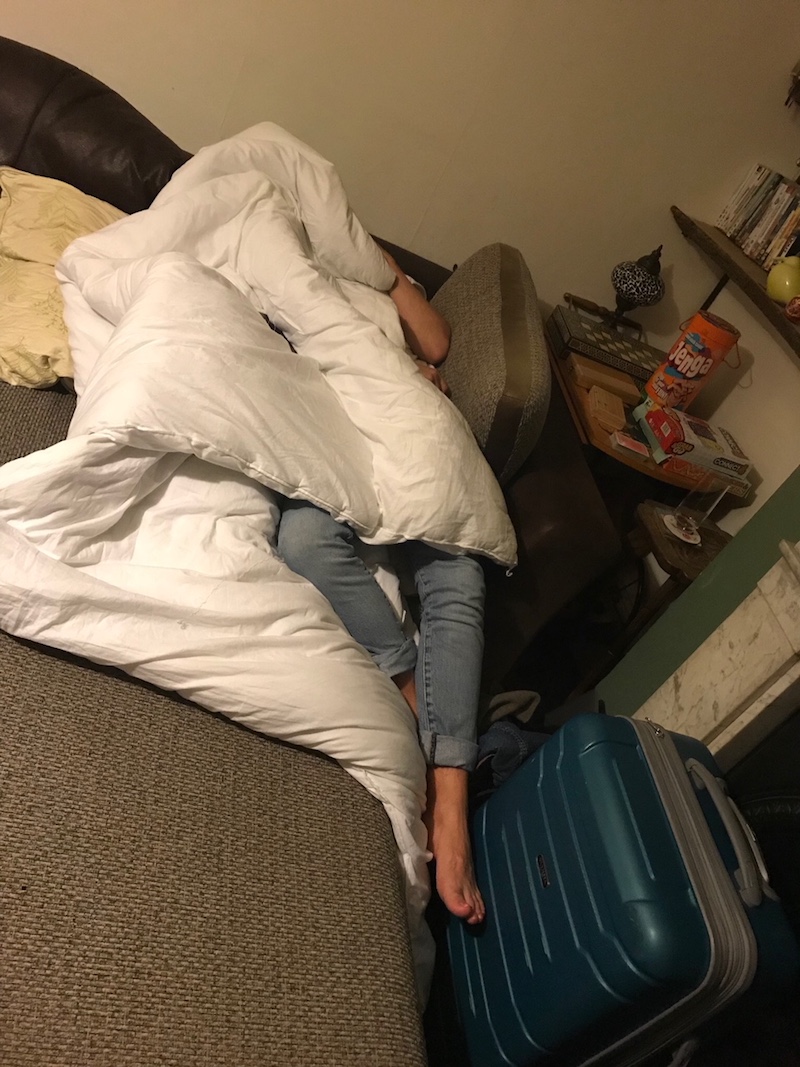 10 p.m. the night of the album release. Brad passed out like this sitting up on the couch. 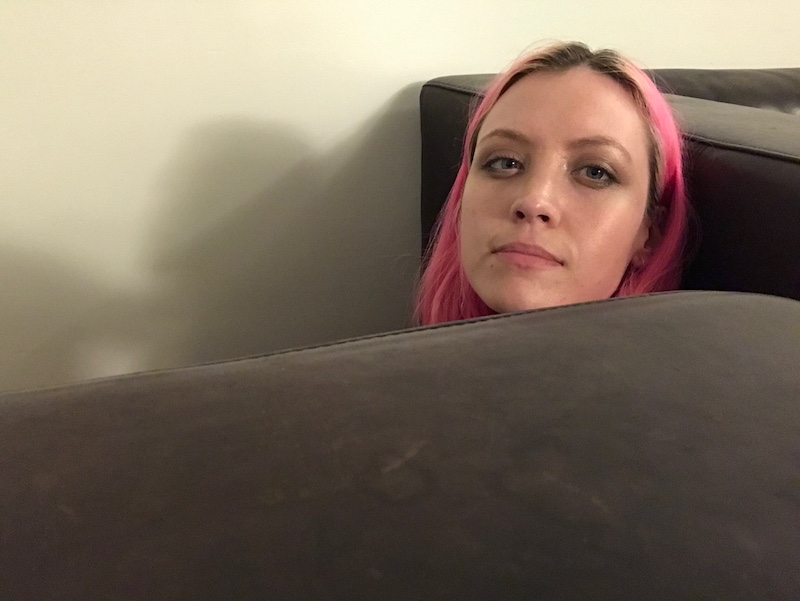 I don’t know how I always end up on the floor after we play. 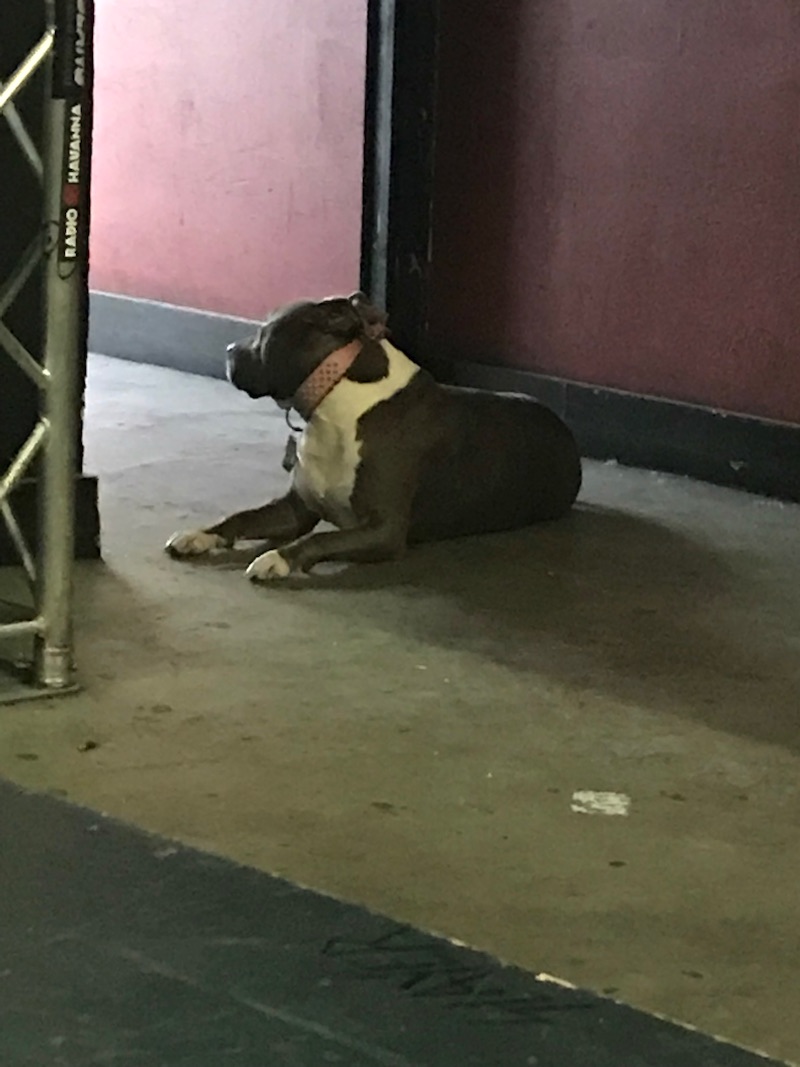 This venue dog in Germany wanted nothing to do with me. I tried all night to win him over. But this is how he stayed. 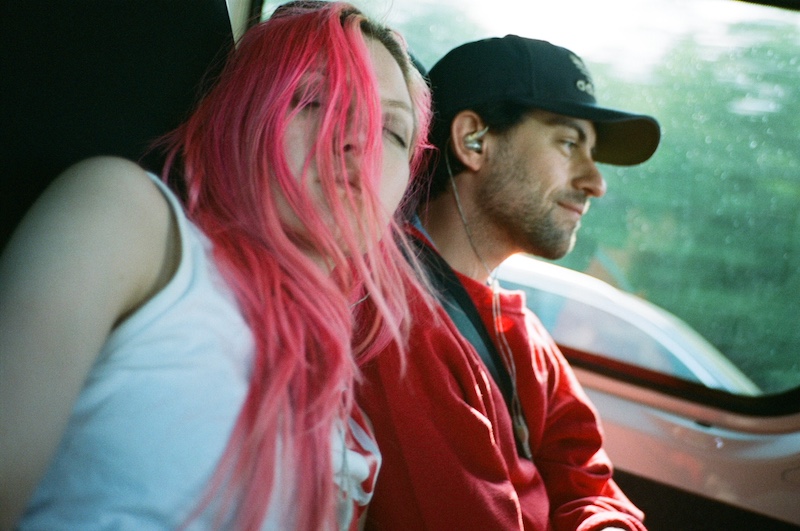 Riding in the van somewhere through the UK. I fell asleep leaning on Brad. We were also holding hands. It’s really nice to be in a band with your best friend.