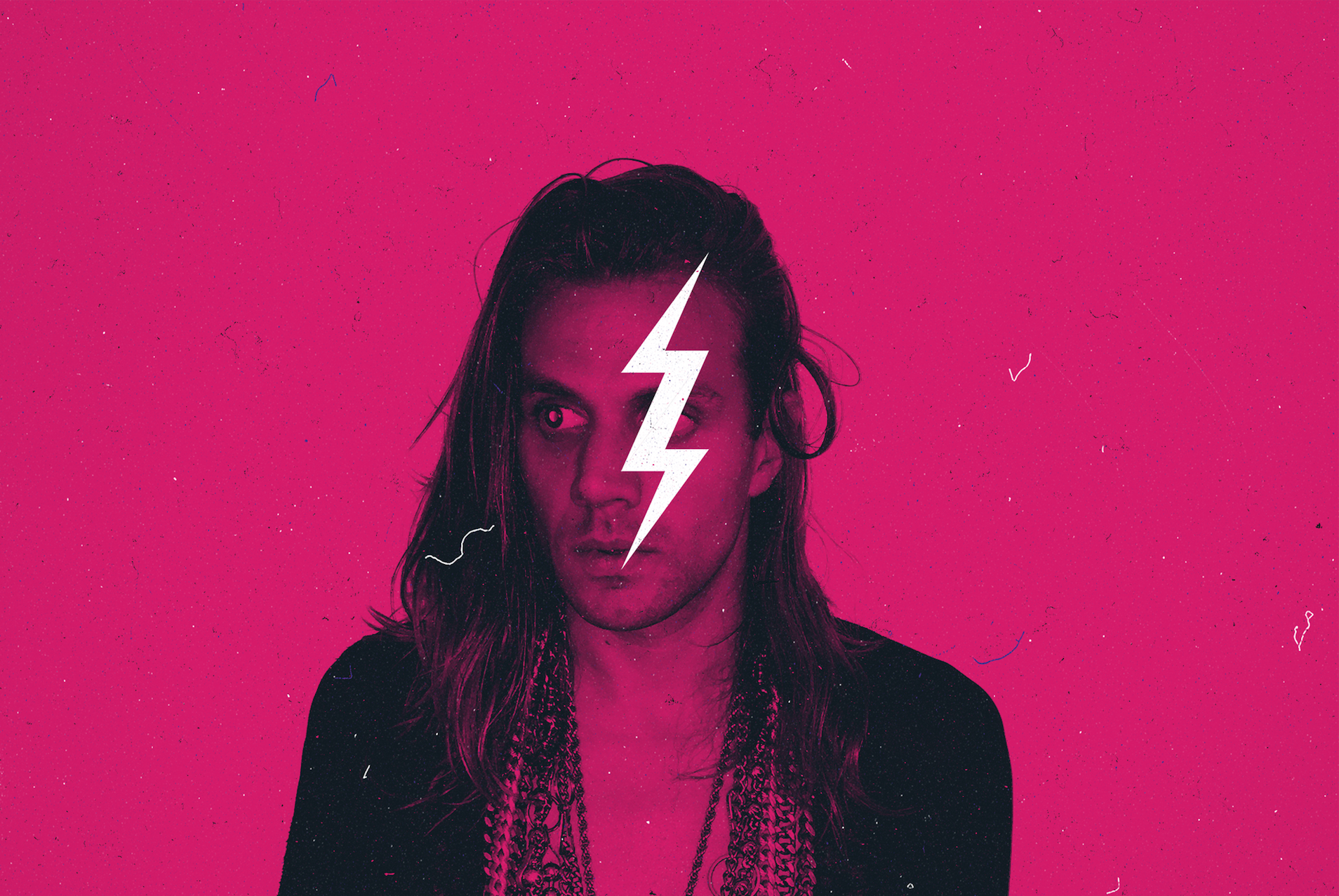 Young & Sick is the definition of a double threat. From his fabulous designs (which you may recognize from Foster The People and Maroon 5's album artwork) to his alt-pop anthems, the Holland native is a creative in every sense of the word. Now based in Los Angeles, he's been busy juggling—and often interlacing—his passions, recording new music for his forthcoming EP while putting together his first-­ever fine art gallery show. While the latter will be running all month at FF-1051 Gallery, his album is set to drop tomorrow, August 17, via B3SCI Records. And you thought you were having a busy month.

In addition to his distinct artistry, he's also one of the funniest dudes in music. Why do we say that, you ask? For one, he recently remixed an official track off the first-ever ASMR comedy album by Brandon Wardell (listen to that here), and secondly, his Google reviews of local spots in the Valley ARE EVERYTHING YOU COULD HAVE ASKED FOR AND MORE.

Ahead of his show tonight at Elsewhere in Brooklyn, the singer-songwriter let us know his *detailed* take on some of LA's places that exist. Check them out below—we advise taking a seat. 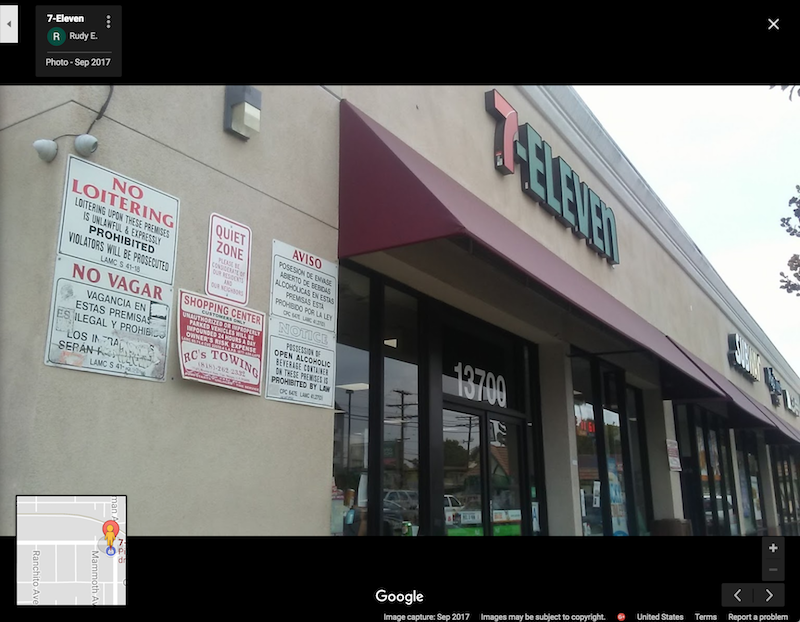 "Met my ex-wife, ******, here. We both reached for the same bag of Sour Skittles ad had a profound moment, she commented on my polarized Oakley's we stayed together for 3-and-a-half years, until I found she was having a paid-affair with one of the weekend clerks and received Monster Energy free of charge... In short, this place is tough for me to go to, but they have the best Beet Jerky selection in the area...so therefor the ⭐️⭐️ rating.." 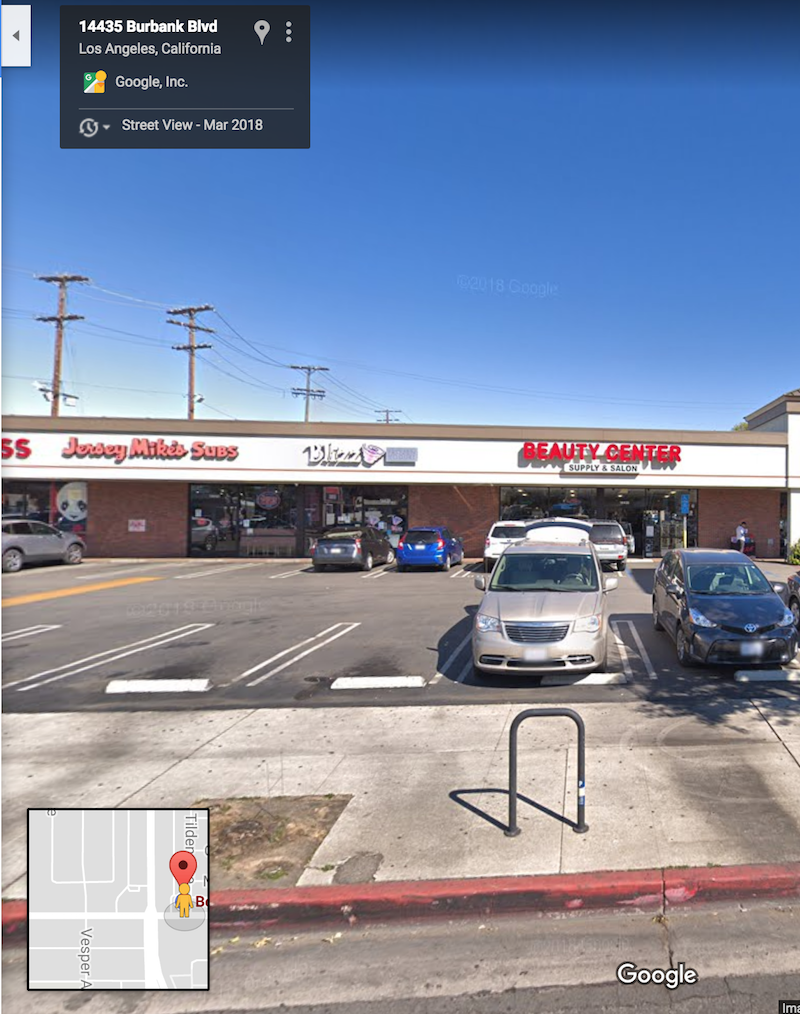 I didn't need to go in to see that they sell a total amount of ZERO sandwiches at Van Nuys Beauty Center! Nothing but cosmetics and clothing! So I stuck to my original plan of going to JERSEY MIKE'S where they offer as many sammie's and wraps as one would want.... plus they where blasting Boston's "Something About You" upon arrival, I knew I was home. And even though I got their signature "Pickled Chili Relish" in my hair for head banging to the sweet sweet harmonized guitar solo's, I had a much better experience than I would have had being hungry while looking at bedazzled shirts and floral combs at Beauty Center.... 3 stars. 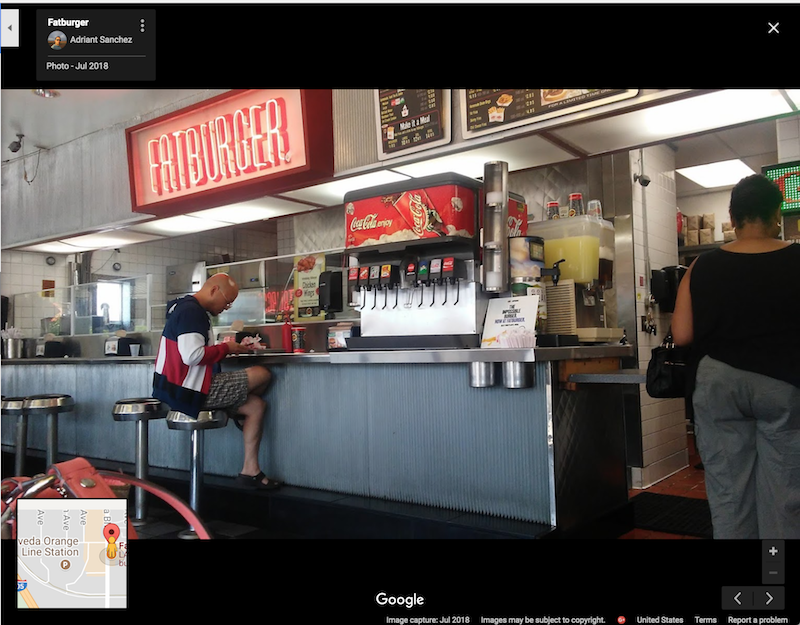 Fatburger is one of the only ungulate-friendly places in town!! I bring my pet camel "Tony" here twice a week..he loooves the French fries and we usually split a root-beer float. The staff knows him at this point and keeps a framed photo of him in his favorite silly hat and sunnies behind the counter...x thanks guys! 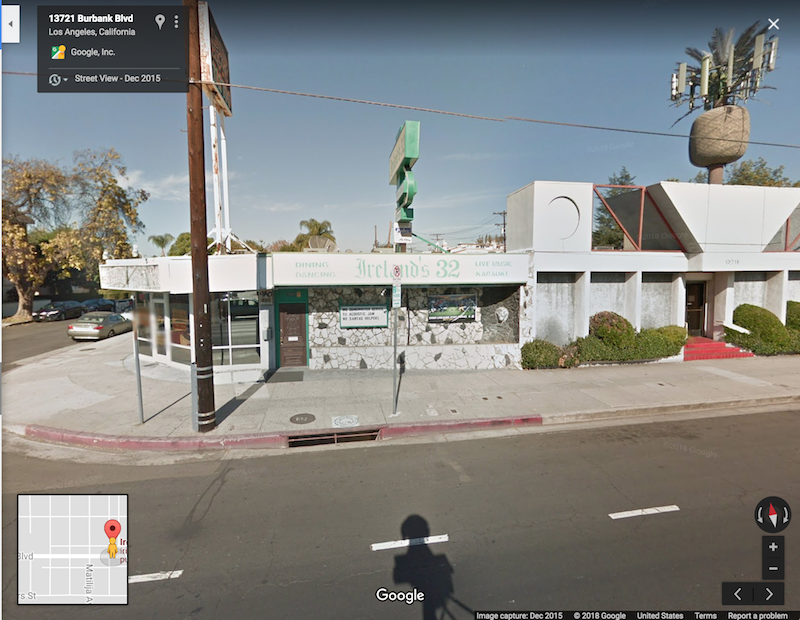 The only place in town where they actually put me back on my Barstool after I fell and they read my shirt. FIVE FOOKING STARS. 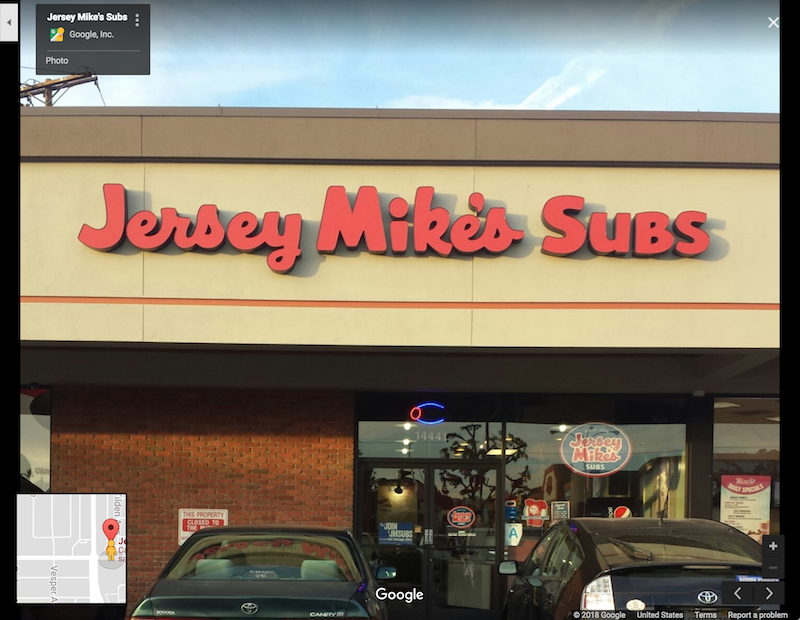 This is my first review ever—that's how impressed I was with Jersey Mike's Subs. It's beyond delicious, beyond friendly / excitable staff... plus they where playing prog-rock air-guitar gold on the speakers. 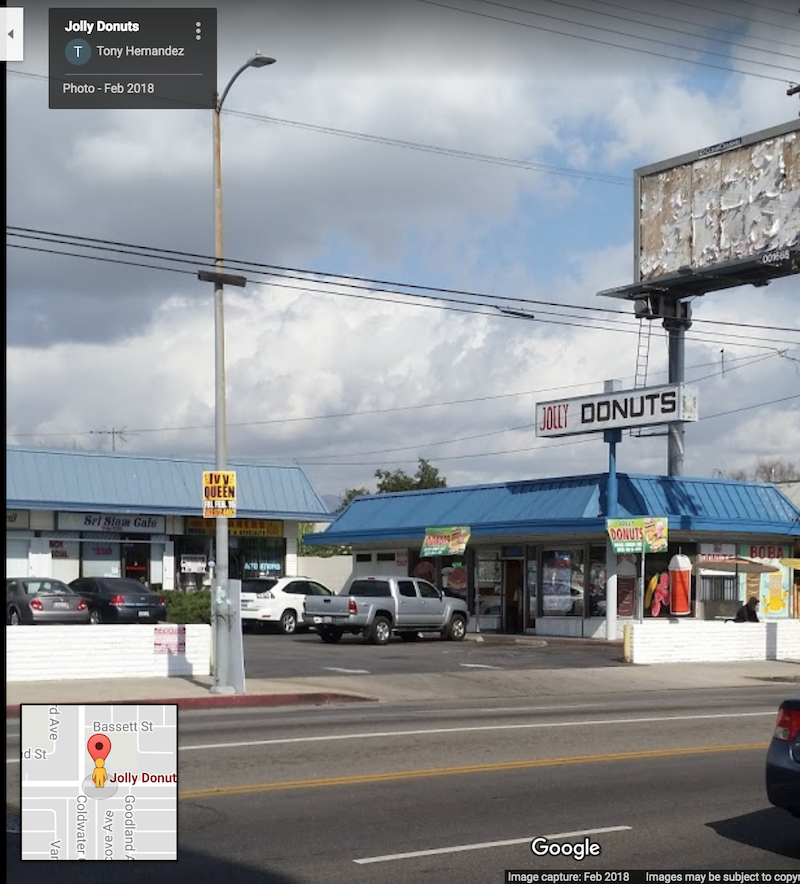 Jolly Donuts is an LA must for every die-hard foodie! Taste it to believe it! From cutting-edge fusion creations to daring spice combinations Jolly Donust goes all out. Culinairy miracles paired with a tasteful interior design and perfect ambience that make JD into the perfect date spot!

I tried their signature #39 'Veggie Toast' and was not let down! The wonderful mixture of white bread, mayo, avocado, lettuce and sliced pickle made me feel reborn and rejuvenated. I paired with a 2018 Vitaminwater 'Revive Fruit Punch' and left with a bright smile on my face.

If I could give Jolly Donuts 6 Stars I would. 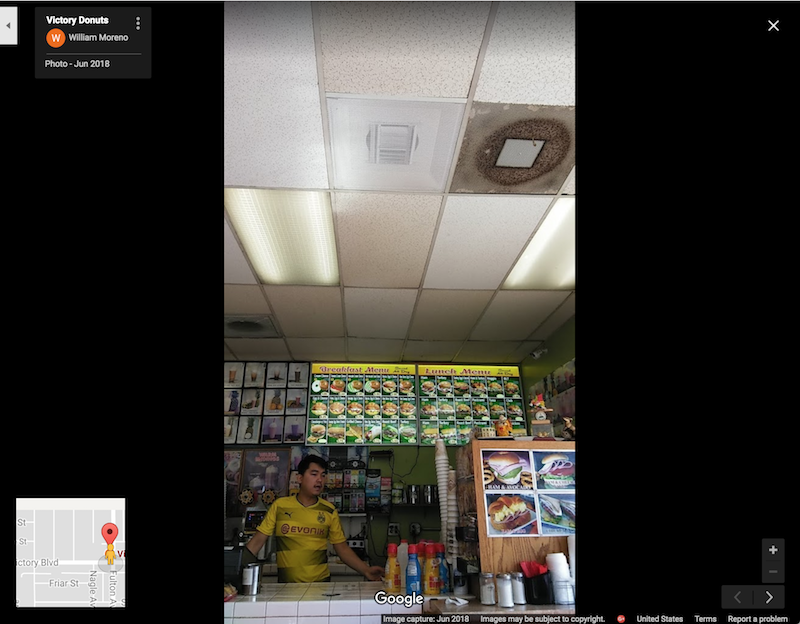 I love Victory Donuts so much! And that is not just because my all time favorite rockstar Jon Bon Jovi himself! was in here the other day!! The 56 year old "Dead or alive" singer, who's full name is Jonathan Bonathan Jovier, was enjoying a sesame bagel loaded with only sliced pickles while emptying half a dozen Capri Sun's (cherry flavor). While eating he was on the phone with someone in a heated debate about the (from his point of view) scandalous asking price for a pet albino dolphin named Rudolph. I sadly did not find out if he acquired the animal, as I was getting late for my job at the Tom Jones museum, but I'm gonna keep stalking JBJ's Instagram for aquatic content. 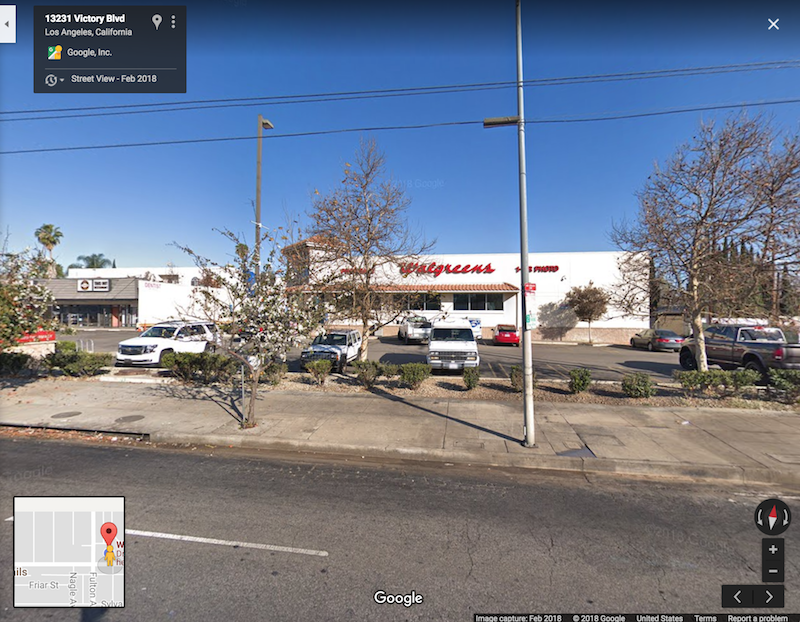 My current (and 7th) wife Carmella proposed to me at this very Walgreens! Two years ago this coming Thursday she pulled a sneaky move and hid the ring in a tub of Vaseline... she knows I always open all of 'em to compare textures with my index finger...so there I was swiping away trying to find the perfect batch when I felt a hard object in the mixture! I couldn't believe my eyes! Carmella was already on one knee with glistening eyes.... I still come to this W often even tho we moved to downtown Ventura with our blind St. Bernard, "Hank".