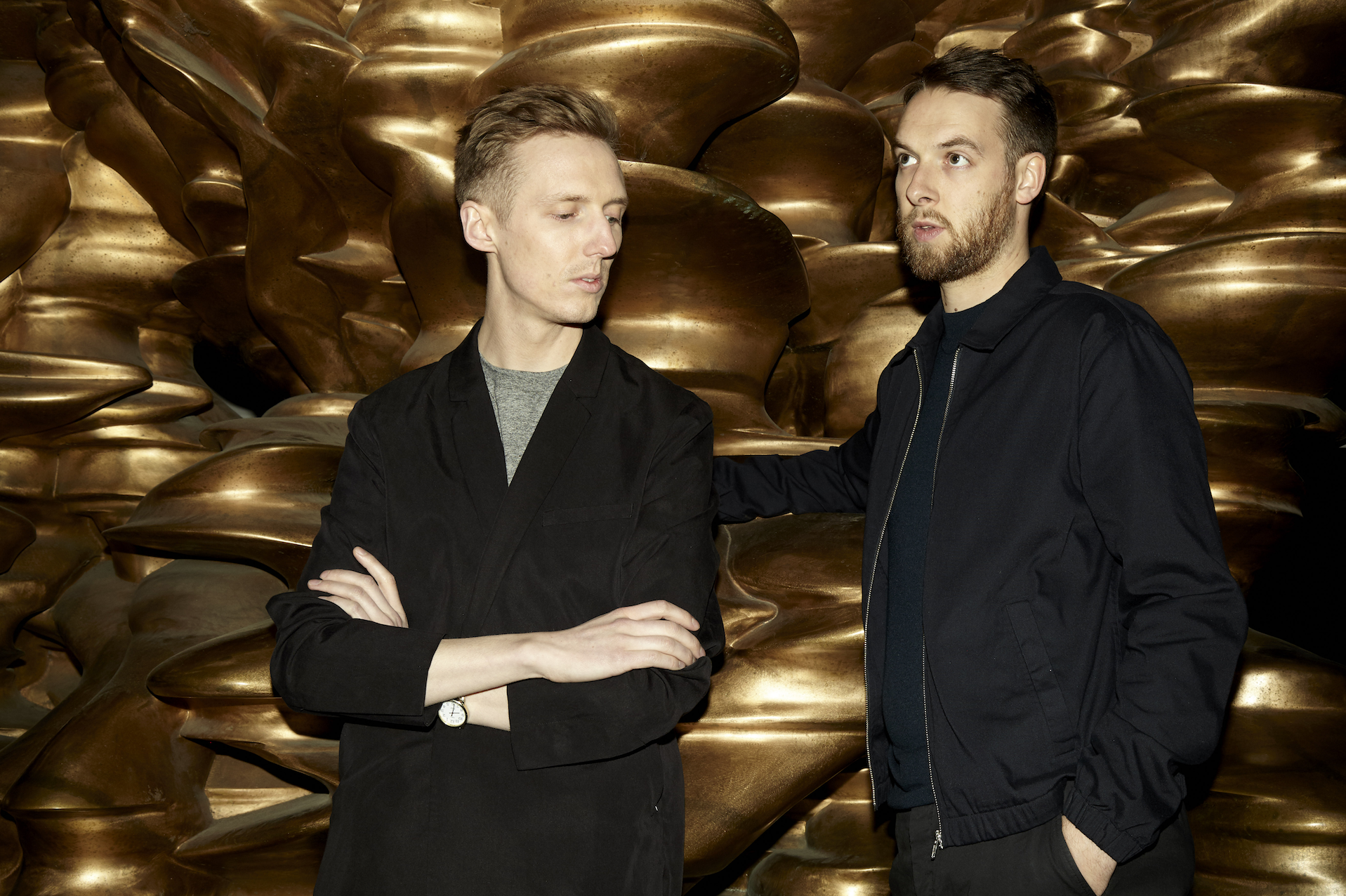 It's no surprise that the Japanese word "honne" translates to “true feelings” in English. Using this as their moniker, the UK duo effortlessly intertwine synths, soul, and pop to create music that brings about pangs of love and heartbreak, all at once. Reminiscent of fond memories, love at first sight, and laughs with old friends, HONNE’s music aims to keep you “Warm On A Cold Night” as their now-imfamous 2016 single’s title suggests.

The charming, talented musicians had been teasing fans with new music off their sophomore album, Love Me / Love Me Not, by dropping two tracks every Friday, sampling of the yin & yang that the LP showcases. Along with testing the waters musically, the album (which dropped last Friday, August 24), explores the dichotomous aspects of relationships—light vs. dark, sun vs. moon, and love vs. heartbreak. One listen through and we're positive that this project will have you in your feels STAT, with its entrancing melodies and captivating lyrics.

I had the pleasure of chatting with vocalist Andy Clutterbuck and multi-instrumentalist James Hatcher of the electro-soul two-piece before their intimate showcase at Soho House, where we talked musical inspirations, the new album, and why their fans do not mess around.

As the soulful duo gear up for the busy upcoming months, make sure to track them on Bandsintown so you don’t miss the chance to see them live!

So you just released the tracklist for your album, and from what I can tell, there’s going to be two different sides to it: love vs. love lost. Can you tell us a little bit about the inspiration behind that?

Andy: Absolutely. It’s always been ingrained in us that there’s these two aspects. "Honne" is a Japanese word meaning "true feelings," and it’s the kind of things that you keep to yourself, or share with your best bud. But there’s a flipside, "tatemae," which is what you give out in person. It’s part of their culture, and we’ve always wanted to kind of play on it a little bit more, but we’d never really figured out what angle we were taking. We wrote a load of songs for this next record and funny enough, one of the last ones we wrote was a song called, "Forget Me Not". There’s a lyric that says, "She loves me, she loves me not. She loves me, she loves me not." And we were like, hang on, this is kind of perfect.

It looks like there are also lot of collabs on this new album as well, like Georgia and Tom Misch. Can you tell me about a stand-out moment from one of those?

Andy: For us, working with people is a bit, not like a shock, but we didn’t work with anyone really on the first album.

Andy: We learned a load, as you do when you work with someone else, you get different ideas. We went in with the choir again, who we worked with on the first album and were incredible. It’s just nice to, in a way, control and utilize someone to their full capacity.

A lot of your songs have this romantic aspect. What would you say is your mindset when you sit down to write a song like that?

Andy: It’s just trying to draw on real things. I hate forcing something out that doesn’t come from a real place.

Andy: Yeah exactly, that’s always been there from the start. You just have to take a long hard think about what’s going on in your life, and sometimes it happens by chance. You sit down and listen to a piece of music, and you just start singing random words that don’t really mean anything, and then you say something else and it’s like, "Oh, hang on now, I’m starting to get an idea of what’s going on." But obviously, it comes from somewhere, it comes from inside.

What would you say is the song from the album you’re most excited to perform live?

Andy: A song called "I Might", the first one on the album—the chords are really jazzy but it’s got a hard-hitting beat.

James: It’s got like trappy bass, the really heavy stuff, which is why we’re not playing it tonight. It needs powerful drums.

Do you prefer doing shows for big audiences or intimate ones like the one tonight and why?

James: I think I might prefer big. We’ve got in-ears, and it’s so exciting when you take them out at the end of the song, play it again quietly, and everyone sings along. Particularly when you’ve spent so long making the music in the studio, you don’t know if anyone is gonna give a shit, and you go out and people are singing. We did this in London and people were singing “Day 1”. It was the first time we were playing any new song, and we we’re just like, "Thank God for that, somebody likes this song."

What was the first live show you saw that made you think, "Wow, I need to do this?"

James: Mine was Michael Jackson. When I was like eight, nine, or ten—around then. He had a slightly bigger production value than we do, with a tank and like jetpacks and shit. That was crazy, it was amazing.

Andy: I bet. I live near Glastonbury, home of Glastonbury Festival. I went there for like ten years on the trot when I was a kid. So many people play every year, and I was just like, ”I gotta say, I wish I could do that”. Every time I went, the month after I’d just be really productive cause I—

I’m sure when you’re performing you come across a lot of fans—What would you say was a favorite interaction you’ve had with a fan?

Andy: In Japan, we played quite an intimate show in a record store—not a huge amount of people there. And there was one girl at the front who was pretty much crying the whole time. She was really sweet—we said hello to her afterwards, and gave her a hug. We came back a couple of years later to play another show, and low and behold, there she was at the front of the audience.

James: One of my favorites was in Chicago, this guy named Jordan. The first time we played there, we played at Schubas. He came up to us afterwards and was like "I’ve got a HONNE tattoo," and he lifts up his shirt it says "HONNE solo". We saw him again like a year or two later when were playing at Lincoln Hall, and he was right at the front. Andy was like "I recognize you, get up here," and he got up and lifted up his shirt and everyone was like, “Yeeeahhh!” His mom messaged us and was like, "Thanks for giving my son the best night of his life."

What are some artists/albums you keep on rotation while on the road?

Andy: For both of us actually, Bon Iver.

James: Yeah. It’s just nice and chilled out for falling asleep and waking up on the plane. Leon Bridges right now as well, I really really love his new stuff.

I definitely see those influences in your sound. I once saw it was described as “if Marvin Gaye had an 808” in a press release. That’s incredibly accurate. Aside from Marvin, who’s someone you look up to as a songwriter?

Andy: I mean, for both of us, I don’t know how involved he was with songwriting but, Quincy Jones. He’s an amazing producer.

James: Frank Ocean. I really admire songwriting, it’s hard to know what he’s saying or talking about sometimes. And The Beatles, how can we not talk about the Beatles.