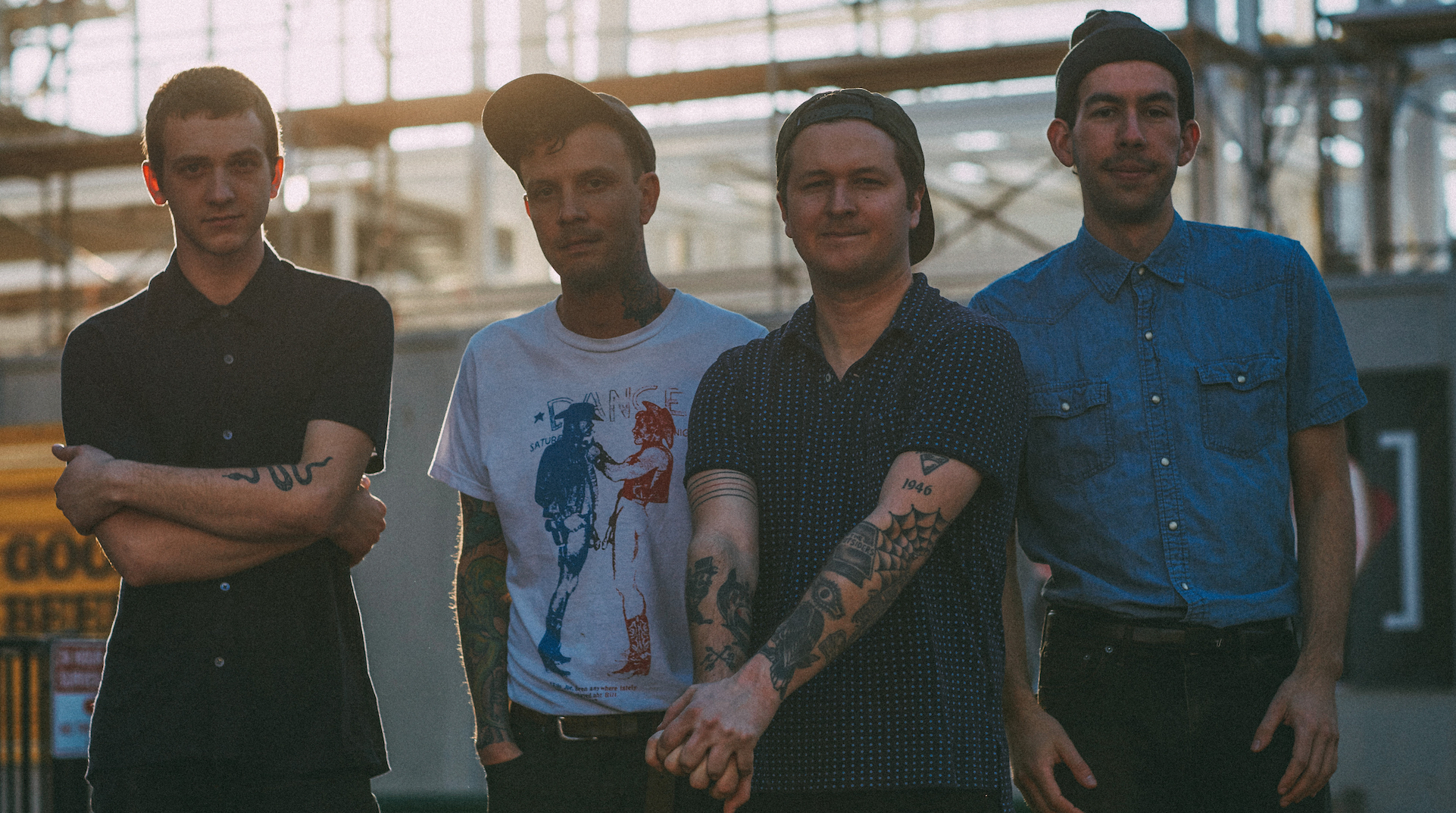 It all started a few months after Mikey Carnevale and Richard Dotson’s high school graduation. The duo formed The Frights for a single 30 minute performance in their hometown of San Diego, not really planning on it going anywhere. Coming off a performance rush, they felt something from the crowd which inspired them to form their band, The Frights. In 2016, they released their second album You Are Going to Hate This with two more members, Jordan Clark and Marc Finn. Since then, their sights have been set on their new album, Hypochondriac.

Before the album hit the shelves, the band released three singles, “CRUTCH”, “Me and We and I”, and "No Place Like (Not Being) Home” which captured the melancholic vibe of Hypochondriac. Juxtaposing dark, painful lyrics with bright and catchy beats, this LP is a can't-miss. In support of their new music, The Frights embarked on a North American tour, which kicked off in San Diego in August with the fellow Californians, HUNNY and Hot Flash Heat Wave.

Hypochondriac shows major growth for the band, proving this record to be their most personal one yet. To help us navigate through the new songs and the meaning behind lyrics, Mikey Carnevale gave us one sentence to describe each song, shedding light on what each song means to him personally. Check it out below and then be sure to catch them live when they roll through your city!

"People have asked me what this song is about so I’m just gonna leave it alone. That’s way more fun for me. I will say I wrote it in eerie, pa though. Spookyyyyy."

"A lot of people lean on a specific person when they struggle with mental health issues and I’m definitely no different. I have my person(s) to go to whenever I’m freaking the fuck out. Without those people I feel lost."

"I went though a veryyyyy rough breakup a couple years ago and I was right In the middle of tour when it happened. Whatever is about the process of dealing with that on tour and the attempt to bounce back to life."

"A continuation on the same breakup, but from the perspective of a couple years later. Trying to figure out why the same person now wants to be friends can be a frustrating thing. Makes a kinda funny song though, so that’s nice."

"I thought I was really good at not letting strangers get to me but BOY WAS I WRONG. I’m pretty insecure about it actually and this song was me trying to pump myself up and remind myself that I don’t need the stress of people. Working on it!"

"A song about finding someone and being very scared of messing it up."

"Medication doesn’t work for me. Some people it works great. Not so much for me. Doesn’t stop me from carrying it everywhere I go, however."

"This is my favorite song on the record! I think it’s all of ours actually. Favorite new song to play live. Means a lot to me."

"The last song of the record is exactly what happened when my last relationship ended. Moment by moment. It was a real pain. I had this song for a long time and I’m glad it’s finally out."