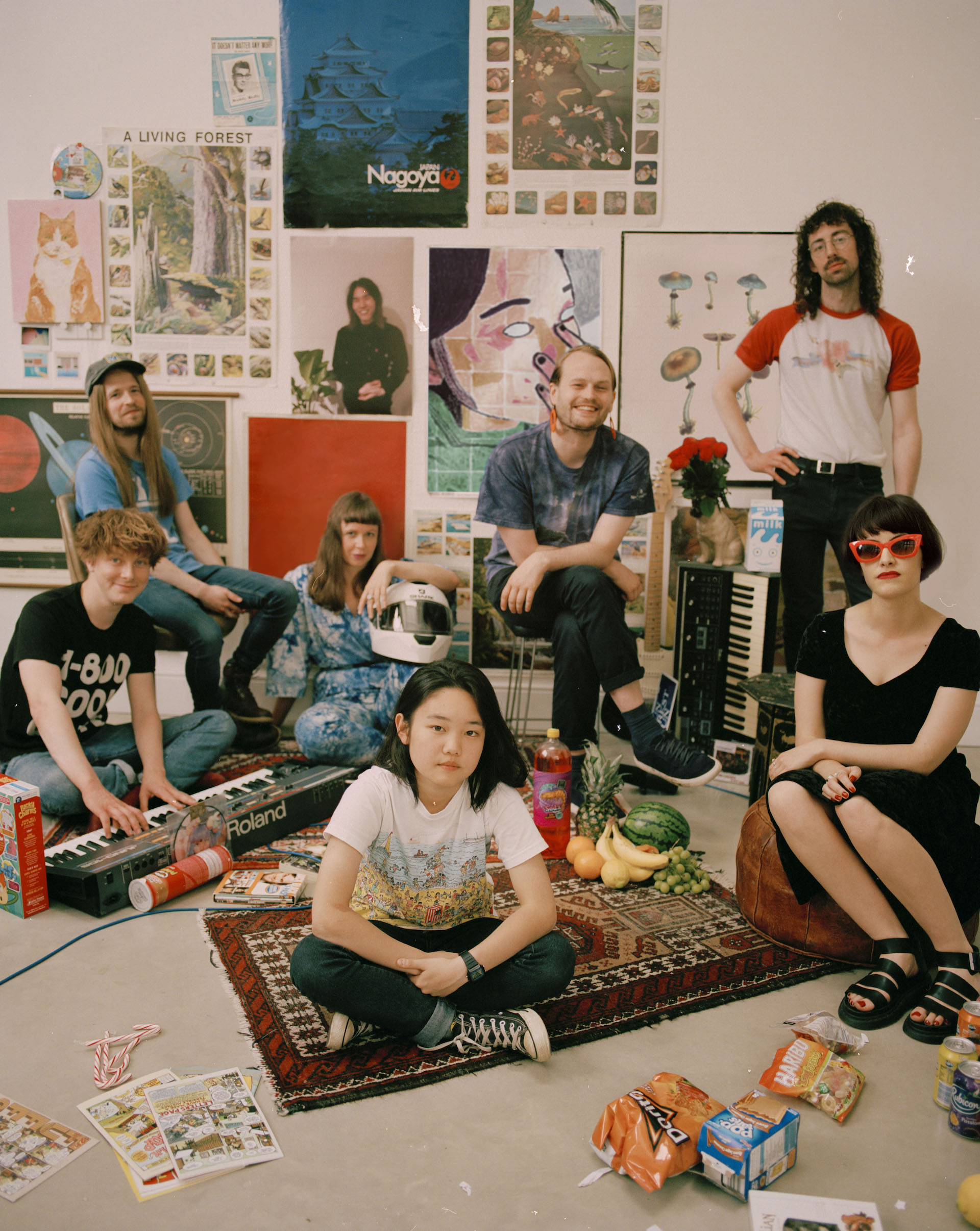 As a real ragtag group of non-conformists, Superorganism have continued to win us over with eclectic performances that stood out from the pack. From taking the stage on late night shows like Conan, to crushing SXSW in Austin this spring, it's been a hell of a year for the eight-piece band. With members from the UK, Japan, New Zealand, Korea, and Australia, this group—lead by 18-year-old vocalist Orono—crafts tracks that drip in authenticity and originality. So, how did they all end up together anyways? They owe it to online music forums where they bonded over their mutual love for badass music.

After the now-roommates dropped their first single, “Something For Your M.I.N.D.”, fans of genres across the board were hooked. A few months later, their debut, self titled album hit the shelves, containing 10 tracks that are colorfully spunky, and showcase their ability to pair otherworldly productions with thought-provoking topics.

The “Everybody Wants To Be Famous” group recently kicked off their European leg of the tour, bringing fun to venues all over. Before they hit the road, we found out who the band members want to see live in the coming months. From STRFKR to David Byrne, their taste in music is just as lively and diverse as they are.

Check out their picks below, and do yourself a favor and dive into this band’s world of fantastical, funky tunes here.

Astronauts, pink wigs, making out, dragon pool floats, and a fuck load of confetti... and that’s only a handful of what the amazing STRFKR show had to offer. I saw them about a week ago on their 10 year anniversary tour where they played 2 sets: their first record in its entirety, then a “regular” set. Sick visuals and lights and synth lines all the way through. I went with my best friend (we’ve been huge fans of their music since we were pretty young) so it was a really fun, wholesome show where was just dancing and smiling... it was pure joy! And on a more personal note, after the show I chatted with one of the guys in the band, and turns out that he knew about our music! It’s just so cool to find out that a band that you’ve looked up to as a kid is aware of your music. The whole experience gave me this newfound appreciation for my job... but man, STRFKR is such a magical band, and their show was so spectacular, to say the least.

The Flaming Lips are one of the best live bands I’ve ever seen. It’s sick how their show is so huge and immersive but kinda feels like the whole thing is held together with tape. I was stone cold sober when we saw them at Academy Brixton last year but felt like I was tripping balls the entire time.

Roger Waters brought Dark Side of the Moon and The Wall to New Zealand 2007 and 2012 and he and his crew blew my mind properly. When you hear some of your favourite music ever live, it would be fine even if the simplest of productions. Some lights and live band etc but with the Floyd you get an over the top multi media spectacle. On top of the usual, you get massive puppets the size of 5 elephants, a simulated plane crash, mad visuals, and they even build a massive wall throughout the show (maybe 4-5 stories high) in front of your eyes and then knock it down. When you’re jazzed up with a few jazz cigarettes in your system, it’s cloud (6)9 baby.

Flying Lotus tours the most mind-bending live show I think I’ve ever seen. I saw him play at a festival in New Zealand a few years ago, and he brought this 3d projection setup using multiple projectors and multiple screens to create these 3D visual textures. I’ve never seen anything else like it. His show has been a major influence on our live show, we just can’t afford all the projectors yet lol.

It’s not very surprising that the man who brought us the best live show ever, Stop Making Sense, is back again with the best live show I saw all summer. Me and everyone in Superorganism saw him play at Metronome festival in Prague. Do you think an older dude with a headset mic sounds lame? You’re wrong! The band uses no stands or anything and dances around like a marching band. Damn Mr. Byrne, amazing.