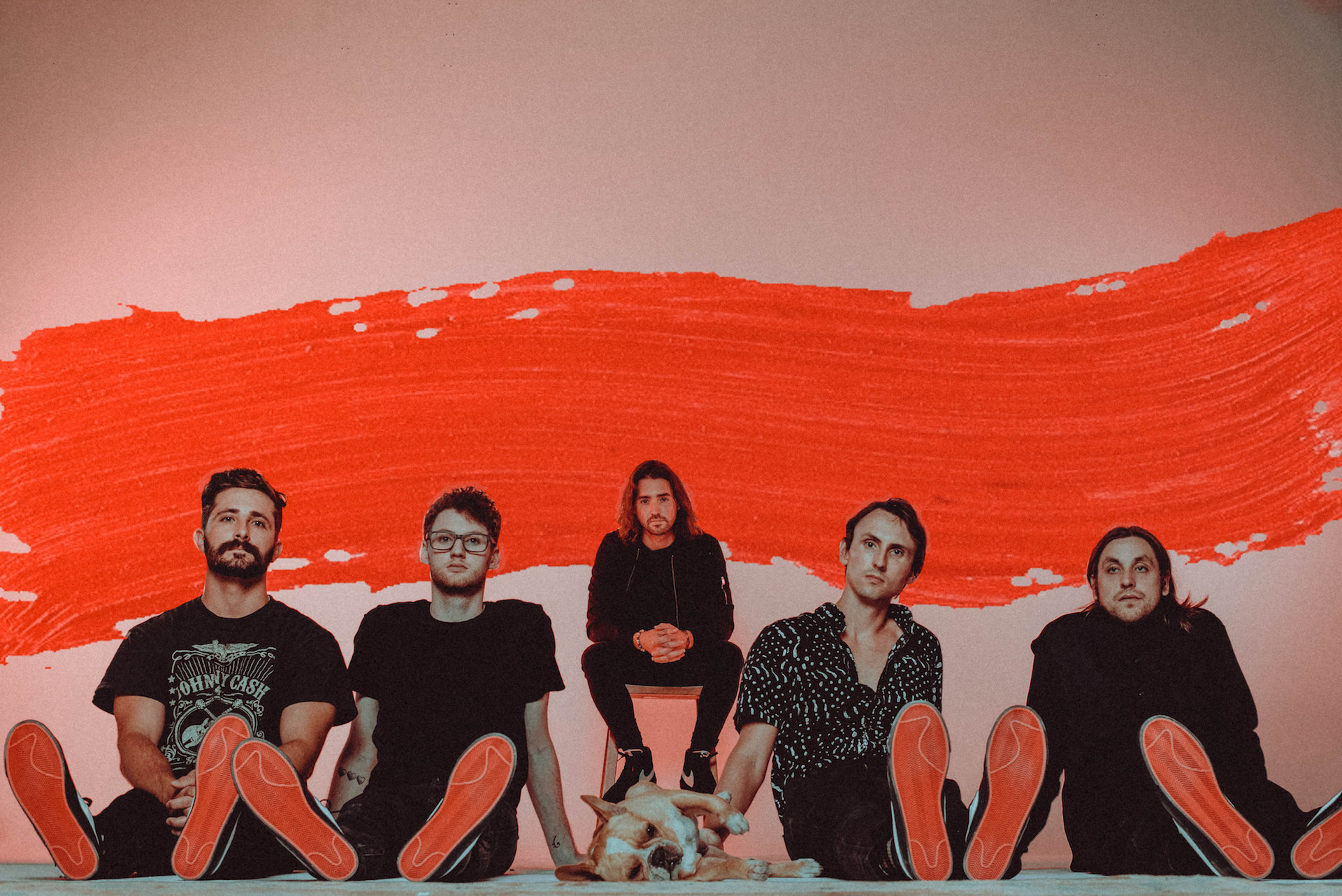 Stop Light Observations came to John Keith “Cubby” Culbreth in a vision. We kid you not, when he was 16-years-old, “the most vivid dream he ever had” was one where God told him to hit up his classmate, Will Blackburn, and start a band. Luckily he listened, and a few years later—with the addition of members Louie Duffie, Luke Withers, and Will Mahoney—Stop Light Observations released their first album, Radiation.

The psych-rock five-piece has been been crushing 2018 so far, playing shows all over the US and even Mexico. They’ve been dazzling crowds with tracks from their discography, which includes their 2016 LP Toogoodoo, which was followed by two more hard-hitting EPs Vol. I and Vol. II. On October 10, the band released their newest single titled “2young”, an upbeat track dedicated to living life to the fullest, something the South Carolina natives have definitely been doing on the road.

We wanted to know what was blasting in the “Aquarius Apocalyptic” singers’ tour bus while they crossed the US and back again. Turns out, it’s everything from Young the Giant to Ray Charles. Listen to the playlist below and make sure to Track the guys on Bandsintown so you know when they’re cruising to a city near you!

"Almost all I’ve been listening to lately is 1950’s Rock N’ Roll / Soul music and ATL hip hop. It will always be the deepest influence and part of my musical spirit."

"ATL hip hop is on some shit right now as has been for a while. I think we’ll look back on this era like we do with NYC in the early 80’s or LA in 90’s. To me EARTHGANG is the dirtiest of um all."

"The way Tyler plays with lyrics in this song and bends genres is inspiration to our vision of no rules."

"We saw Young the Giant at Bonnaroo a few years back and have been fans since. This new single of there’s has a nice vibe that keep me lovin them."

"Love the cynical words with aggressive tone mixed with a pop groove."

"The cool polyrhythms with a sweet vocal flow stopping to a burst of energy perfectly snaps anyone into attention. Nothing beats an attention grabber."

"The swing and soul of the birth era of rock n roll is one of a kind and this song is a landmark."

"Max’s production is incredible. The attitude and creativity of this track gets me going."

'All That We Perceive' - Thievery Corporations
Track

"I just love the vibe. Then hornnns"

"Every time we get to NYC we blast this. The song speaks for itself".