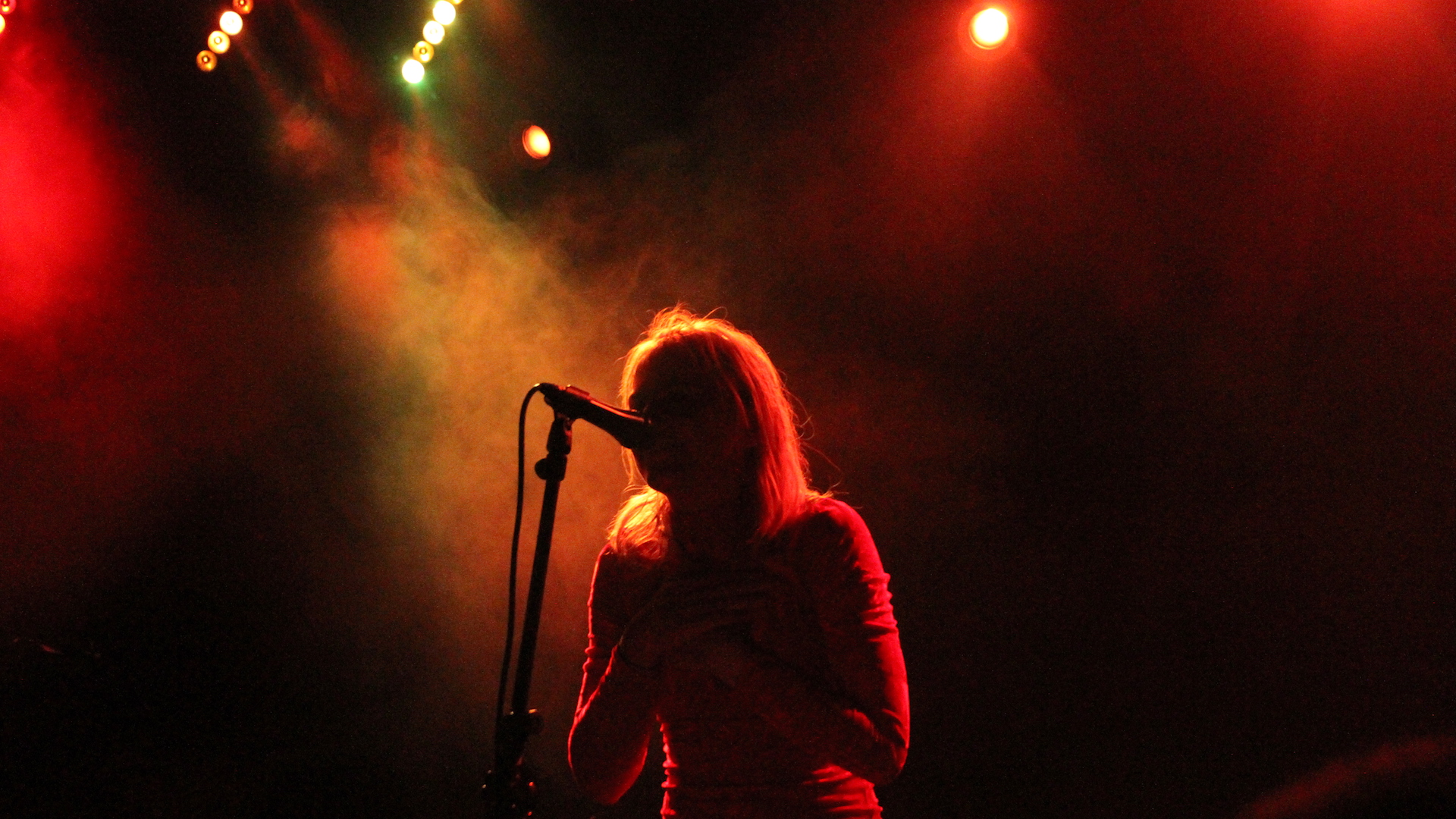 Everybody's favorite rebel, Chloe Lilac, walked on the stage at New York City’s Bowery Ballroom and immediately the audience’s attention shifted towards her. She authoritatively stepped to the mic and with an energetic voice yelled, “What the f$%k is up New York! I’m from Brooklyn, and it feels so good to be back!”

Lilac is known for her raw vocals and her ability to work a room, but most impressively, she is only 17-years-old, and has spent the last six weeks touring with Charlotte Lawrence. Her bubbly personality pairs perfectly with her mellow, elegant voice, giving us major girl next door vibes as she sang about something the whole audience can relate to (at least some point in their lives): being a teenager. 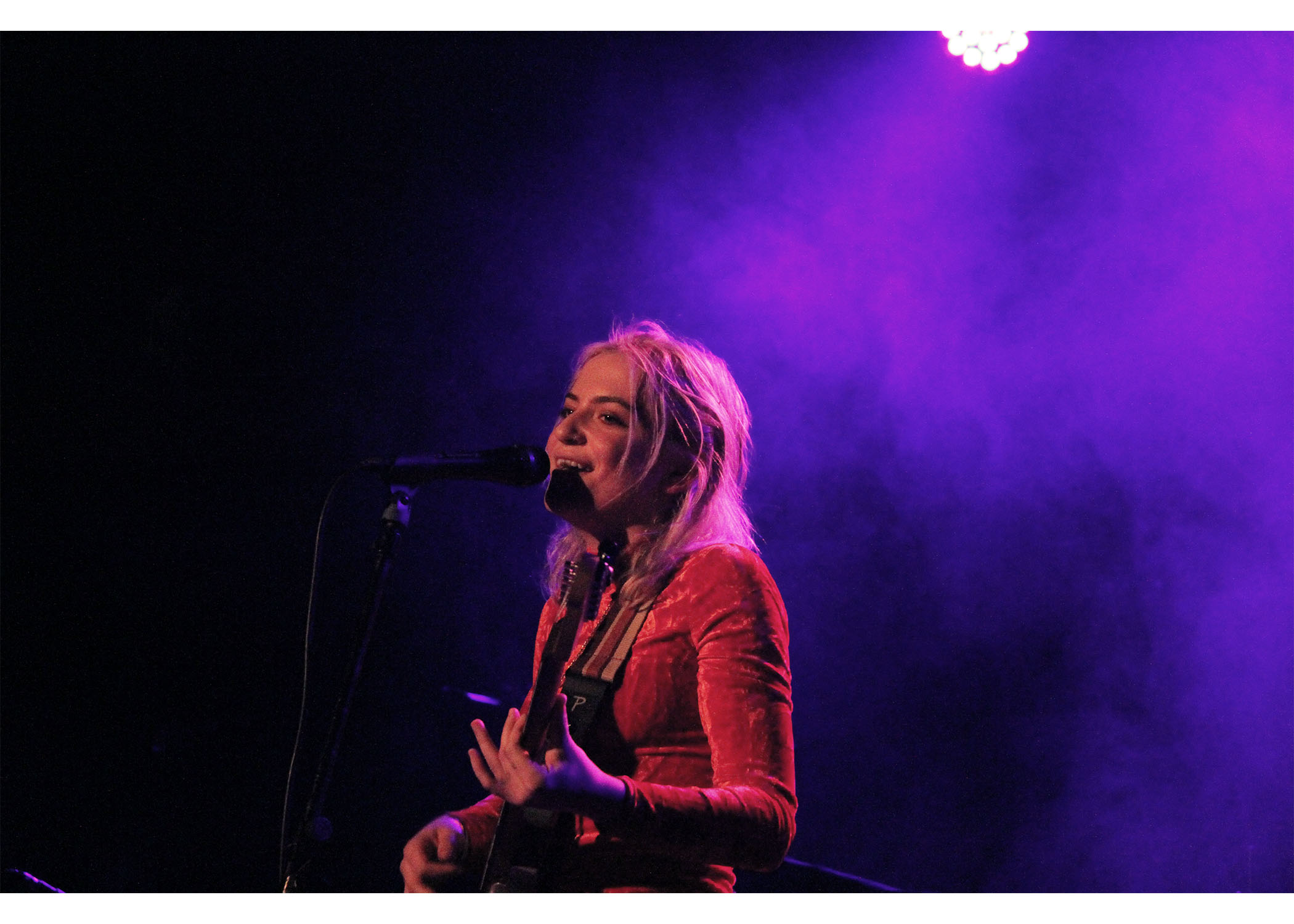 Kicking off her set, Lilac hit us with her single, "Stolen Liquor", which brought us back the days of sneaking out of your parents house with liquor in hand. “This is a body roll song, you know what I mean,” she told the audience. Sure enough, she had the whole audience vibing to the R&B slow jam almost instantly.

Her next track, "Your Worst", is now officially my favorite breakup song thanks to the hard-hitting line, “You say you hate this thrill ride, but we both know it shows you’re an adrenaline junkie". Sitting down at her keyboard, she told the story of a broken heart. Her lyrics are melancholic, but the upbeat melodies kept the room hanging on every lyric.

Throughout the set, it became clear that she is more than a singer-songwriter talent; she is a storyteller. Bits and pieces of her life are woven into each song—piecing together toxic relationships and late night memories. Each song had an anecdote at the beginning, like the single "Cigarettes" which she claimed is "a song about a boy who got me hooked on a Juul". 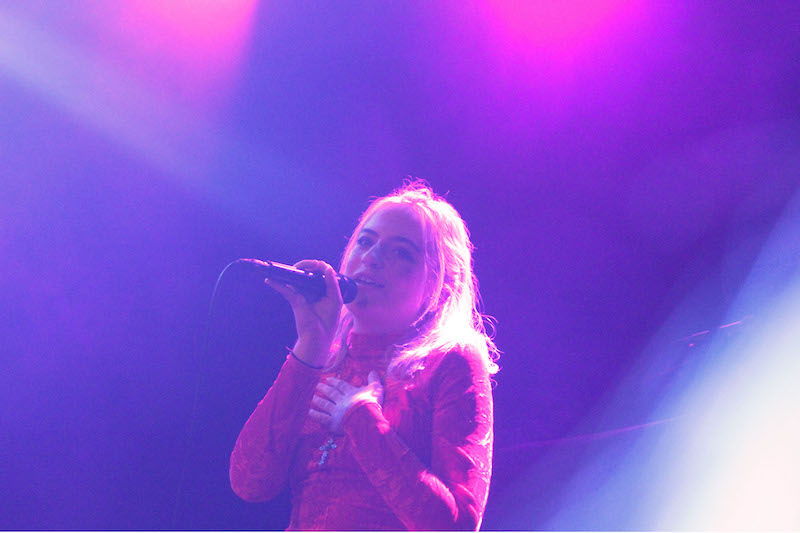 The final song played by the Brooklynite was "Summer", which boasts the iconic line, "James Dean on a fucking Citi Bike". With the temperatures dropping outside, reminiscing on warm summer nights as a teen was tailor-made for this moment. She claimed that the track, which dropped this year, was "initially about me making friends in my neighborhood, and the boy I called James Dean". She continued, "But now, it became an anthem about how much I love my friends and how grateful I am for them."

Kissing the crowd goodbye, Lilac promised she will be back. As she left the stage through the side door, she was embraced by a group of friends. Next up was the headliner performer, Charlotte Lawrence, completing the chill night with more on-brand smooth beats. 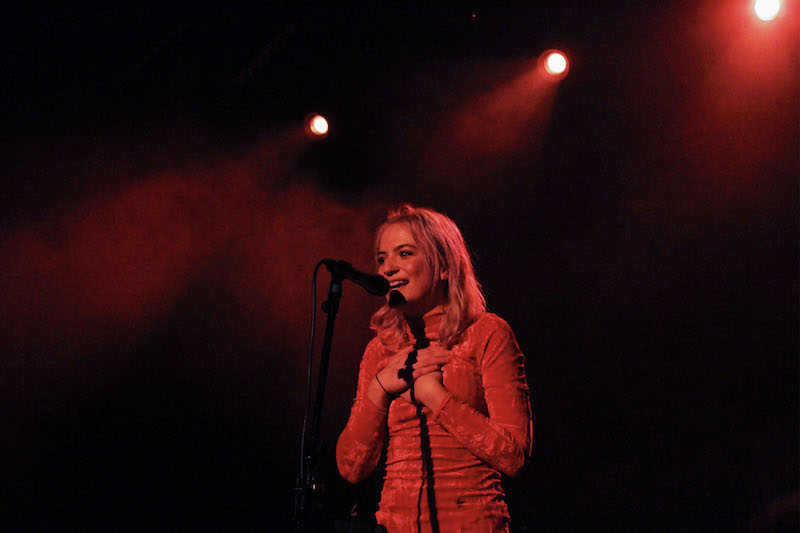