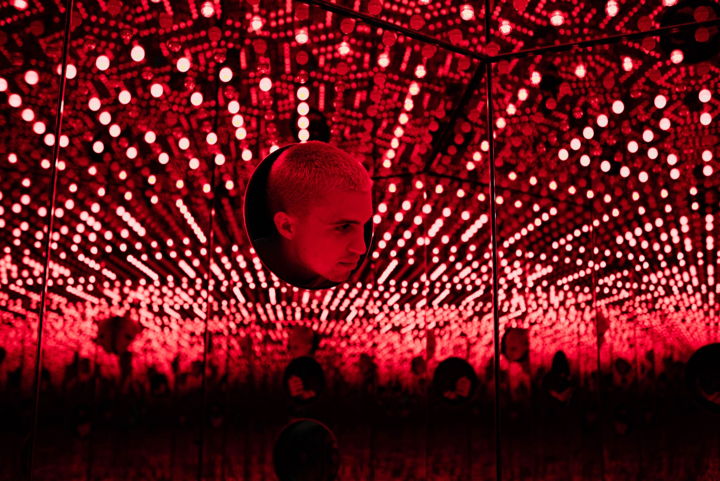 Armed with bold lyricism and the ability to glide between genres, Kyd the Band has a sensational knack for keeping fans on their toes. While originally from California, multi-instrumentalist and producer Devin Guisande found his voice under the aforementioned moniker when he moved away from home, an environment far different than the one he grew up knowing as part of the Pentecostal Church. Following his dissent from the group, and some struggles getting on his feet, he’s hit his stride, and is now working with the greats such as NF, Bone Thugs-N-Harmony, and gnash.

His latest single "Easy" featuring Elley Duhé depicts the constant struggles that loom over everyone’s mind. “Life is more than the things we pursue and to not lose sight of that,” he said in an interview with Spindle Magazine. “‘Easy’ is the reminder I wanted to give myself (and continually give myself) to not lose myself in the game with everything I’m chasing.” The high octane energy of the anthem complements its message, which strongly inspires and uplifts whoever’s listening, but not without its daunting truth. Since its release, the single has became one of his most played songs, and recently even scored him the cover of Spotify’s Swag playlist.

KTB is currently on tour with NF and we’re lucky enough to have Devin share a glimpse of what happens backstage at these glorious shows. Check out the photos below and don’t forget to track Kyd the Band on Bandsintown!

"First show of this tour stopped in Pittsburgh at Stage AE. It’s really cool because the Steelers’ stadium is in the background, and that’s what you see from the stage. Near the venue they have a monument of The Immaculate Reception built in the exact location that it happened in the old stadium."

"This was my first time in Philly. It’s a city with a ton of history, but it’s also really vibrant and artistic. Was lucky to havesome time before the show to see some of the historical landmarks. Also, The Met is a sick venue. I believe it was an old opera house."

"Charlotte was cool, wish I had more time to spend here. Went to a restaurant called Seoul Kitchen and had tofu wings."

"Alright, so in Raleigh there’s the North Carolina Museum of Art. It’s like 15 minutes outside downtown, and has two large building structures housing various periods of art. There’s also an outdoor trail with art installations. Really cool if you have time, and it’s totally free. Near the venue I ate at The Fiction Kitchen. Impressive vegetarian place."

"Minneapolis is one of my favorite places to play. People love music here. The Armory is a crazy venue because it used to be an actual armory, and then it was home to the Minnesota Lakers. It’s right by the new Vikings stadium."

"Winnipeg is the murder capitol of Canada. I did not spend much time here, haha. Great crowd though!'