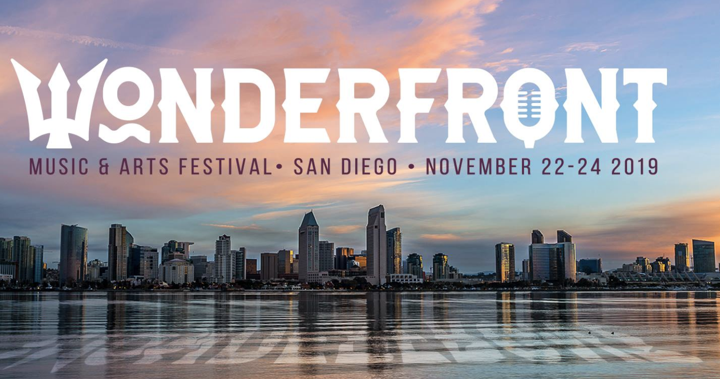 One of the most exhilarating new festivals is taking over sunny San Diego at the end of next month! Rather than taking place at a single location, Wonderfront Festival is a city-wide affair, with shows from the Broadway Port Pier to the Gaslamp Quarter to Bayfront Park. Clocking in with 100+ artists and 10+ stages, this will be a weekend residents won't soon forget.

The music + arts festival will make its inaugural run in the beloved beachside city on November 22-24, coinciding with the 250th anniversary of the ‘first city in California’. Offering a mix of local up-and-coming bands and Top 40 artists, concert-goers will get to experience a wide array of music. San Diego natives such as pro-skateboarder Tony Hawk and surfer Rob Machado are also involved, providing rad entertainment like skateboard exhibitions and initiatives to reduce waste.

Some of the most anticipated acts at Wonderfront include Miguel, Parquet Courts, Aminé, Vince Staples, ToKiMonster, Common Kings, EarthGang, Bas, and Japanese Breakfast. Fans who are in a rush to see another show across the way will have no issues gliding between sets, either—scooters and water taxis will be available for fans looking to go from one boardwalk to another.

Want to see your favorite acts on the beach with your pals? Get your tickets now on the Wonderfront website. To prepare for this weekend, check out our official playlist below, which is filled with tracks by artists who will be rocking out at the fest!