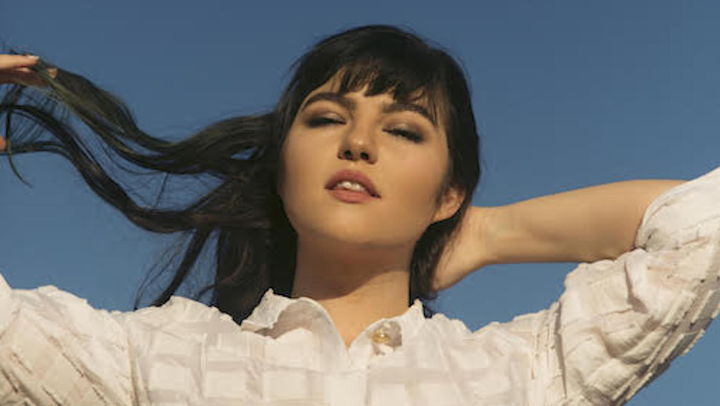 Since landing on the scene in 2015, Phoebe Ryan has captured hearts big and small thanks to her infectious mix of tantalizing pop beats, refreshing vocals, and catchy hooks. It’s not only her voice or songwriting that makes Ryan so captivating either, it’s her vibrant energy, badass style (hello green hair), and connection with her fans that makes us love her so.

A industry veteran, Ryan has written songs for a slew of artists, eventually penning one for pop royalty Britney Spears herself. Since her breakout, the Texas-born Jersey native has provided a unique perspective on music collabs like her 2017 single “Forgetting All About You” feat. blackbear. Her focus might be pop, but she’s ventured into other genres by working with artists such as The Chainsmokers, Kaskade, James Young, and Skizzy Mars.

Now, with 40+ million Spotify streams under her belt, Ryan is forging further into the realms of emotional pop music. Her upcoming debut LP How It Used to Feel is set to drop this year, with the first single “ICIMY” out now. Ryan flips the widely known acronym for “In Case You Missed It” to instead represent “In Case I Miss You.” It’s not just the title that makes it an enticing single—it also blends bombastic synths with a faint, but impassioned violin, which sets up Ryan’s repeated, poignant question, “What am I supposed to do/ in case I miss you?" With this first taste of her upcoming album, Ryan’s musical secret weapon continues to be the fearless way she wears her heart on her sleeve.

Though she just wrapped up her trek through the south supporting Eric Nam's Before We Begin tour, Ryan shared with us what’s been on repeat during her travels. Each song fits geographically perfect for her travels. “All I’ve been listening to lately is old country music” she says, “I’ve been spinning [these] over and over again while I’m on tour through the South!”

Keep an eye out for Phoebe Ryan’s next batch of dates by tracking her on Bandsintown and be sure to listen to “ICIMY”!

This song is from one of my favorite duet albums I’ve recently discovered. It’s about not giving up on someone, and even though I’m single it makes me feel warm and fuzzy inside.

I love sad songs with a sense of humor. This concept is genius and I really love Buck Owens’ voice.

This is my favorite one at the moment. It’s kind of corny but it makes me feel like a cowboy.

I love Lefty’s voice. The story in the song is so funny and romantic! We love when love wins.

“My Heroes Have Always Been Cowboys” - Willie Nelson
Track

Just a damn classic. When he says “picking up hookers instead of my pen, I watched the words of my youth fade away” I want to cry. I’ve never picked up a hooker but the sentiment is still so relatable.

The saddest song I’ve ever heard in my life! When those strings come soaring in! I can’t take it!

“The Light of a Clear Blue Morning” - Dolly Parton
Track

This might be my favorite song ever. You just have to listen to it to understand. This song pulls me out of sadness, stress, heartache, etc. I can’t believe such a beautiful song exists in this world. Thanks Dolly.

I had actually never heard this version before (only the cover by the Grateful Dead) but this one is obviously the best. It has so much character and it makes me feel like some kind of outlaw.

Like I said before, I love songs with a sense of humor. You can tell from the title that this is a really funny one. A hilarious one, in fact. And I don’t have kids but I can see how this one would be really relatable for parents or anyone making a marriage work.

“I’m So Lonesome I Could Cry” - Hank Williams
Track

Sometimes I just put this song on repeat and stare off into space. Hank’s voice is otherworldly. This song hurts my heart in all the right ways.