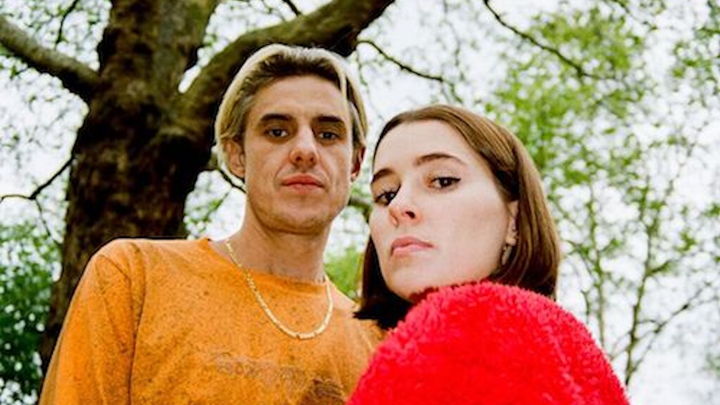 There's something about Confidence Man's brand of electro-pop that just hits different. Led by siblings Janet Planet and Sugar Bones, this four-member collective draws on everything from house to disco to create club-ready classics that are best paired with a dance floor. We're not the only one who love them either—the Australian act has recently been picking up traction, being included on Netflix’s To All the Boys I’ve Loved Before and EA Sport’s FIFA 19.

In 2018, the Brisbane-based band released their debut album Confident Music for Confident People, which they've since followed up with the the electric single, “Does It Make You Feel Good?”. Experience the music video below and listen to the Greg + Ché WIlson's remix of the track here!

Sugar Bones, vocalist and one of the original members of the group, gave us the scoop on what Confidence Man will be listening to when they hit the road in April with Sofi Tukker. His playlist includes a bit of everything—tracks for when you need to chill and jams that will get you ready to take on the world. The band is visiting every corner of the world over the next five months, including New Zealand, Japan, Australia, North America, and Europe. Don’t forget to track them on Bandsintown so you don’t miss when they’re near you!

When you’re feeling emotional but you still want to bop, you can’t go past this gem. Pairs well with a post-set drive through the Swiss mountains.

Sometimes on tour you need to let off a bit of steam, or forget about your surroundings for a while. This fierce number is perfect for traffic jams.

Great track from a great album. Really helps you chill out even in airports. Lifts you up a little too.

Helps you chill even more. Goes down well with a sunset whisky on the hotel rooftop.

For when you don’t want to chill. You wanna party and no one’s going to stop you with this pumping.

Yes it’s a classic and for good reason. The ultimate euphoric banger that never lets you down.

A real tasty little bop that makes you feel good and gets you up off the motel couch.

One of the most beautiful songs ever made. Perfect for pushing through jet-lag delirium at the end of a long day. Close your eyes and float up to heaven.

Absolute banger from one of the most exciting acts going at the moment.

This song hits so hard it’s pure magic. Guaranteed to turn any dance floor/tour van from an arctic tundra of boredom into a heaving disco hot box.