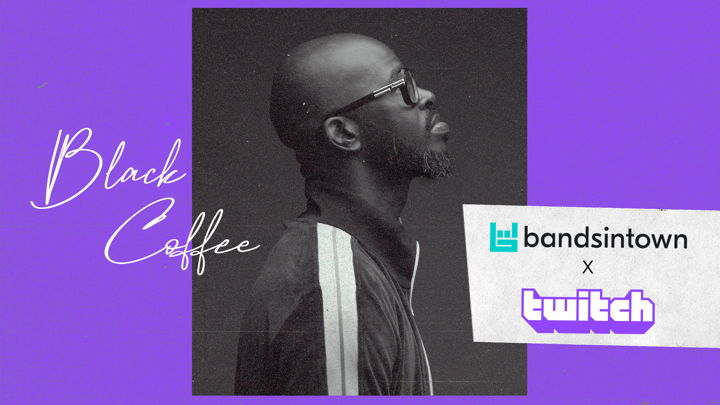 The world might be crazy now, but we’re excited to announce the first-ever live stream performance on Bandsintown Live!

Kicking it off is South African DJ and producer, Black Coffee. The esteemed performer has made a name for himself by breaking the conventions of the urban house genre and cultivating his status as a genius producer for over a decade. Since then, he's enhanced his dynamic production, achieved many career milestones, and won a multitude of awards, including BET’s Best International Act: Africa. You may also recognize his signature sound through his work with artists like Drake, John Legend, Usher, and David Guetta.

Tomorrow it's just us and the music ❤ doing an intimate live stream from home to keep spirits high at this incredibly tough time for the world...music unites. Tune in @ 1 PM NYC | 6 PM BCN | 7 PM JNB to http://live.bandsintown.com/ (link in bio) #OneManBand

Black Coffee will perform on Friday, March 20th at 1:00PM ET, kicking off the first of many performances to come to Bandsintown Live, our official channel on Twitch. Be sure to catch his captivating beats live from his studio in South Africa!

Make sure to tune into the action tomorrow at live.bandsintown.com!