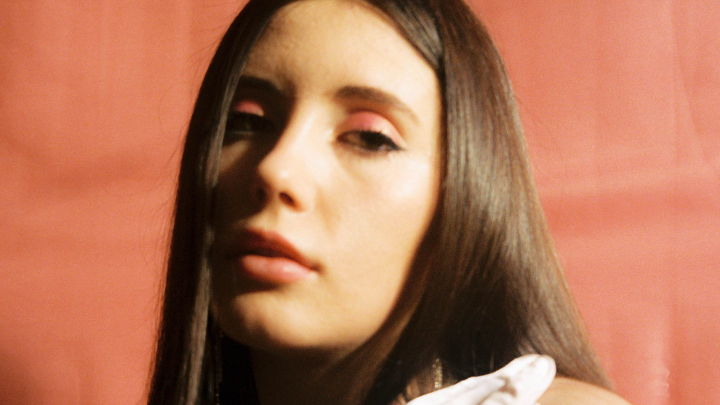 With flapper dresses, satin white gloves and a double-stranded pearl necklace, singer-songwriter Emma Gatsby transports us back to the 1920s. The 23-year-old’s aesthetic is straight out of F. Scott Fitzgerald’s classic novel The Great Gatsby, making her the epitome of a glamour queen. And it makes sense—Emma grew up in Long Island where the infamous estate was also rooted.

In fact, the New York native’s entire foray into music makes sense. She’s been playing the cello and piano since her mom started teaching her at three-years-old. After the tragic loss of both her parents, Gatsby turned her musical pursuit away from the classical. Her unique upbringing, including a self-emancipation at 16, placed Emma back at her parent’s estate and reliving a Gen Z version of Jay Gatsby’s life. With such an interesting story to tell, Gatsby turned her hardships and wisdom into meaningful pop music once she turned 19.

Emma Gatsby may only have a few singles under her belt, but she has clearly found her sound: Lana Del Rey meets optimistic, hard-hitting beats. Now an LA transplant, her music is evocative of her sunny, yet posh surroundings. Gatsby’s 2016 single “Young” showcases bright synths and perfectly frames her ode to independence. The light musicality contrasts with darker, insightful lyrics like on “Alone” — one of her new singles. “Yes, I’m out of my mind / But that’s because I got brains," she sings over loud, staccato drums. These realistic lyrical moments bring deep emotion to the budding creative's music, setting it apart from surface-level bubblegum pop. The glamour icon also makes sure to mix timeless pianos and orchestras with modern touches as a subtle nod to her roots.

Dive further into her roaring '20s aesthetic with a collection of old-time, modernized tunes in Emma Gatsby’s personal quarantined playlist below. There’s everything from Kanye classics to Elliot Smith covers. And be sure to listen to Emma’s new single “Insane”, out everywhere now!

Kanye has never let me down when it comes to taking timeless songs I’ve never heard of and reviving them into modern day classics. The Louis Parma sample he used was “What Will Santa Claus Say When He Sees Everyone Swinging” - everything about this song feels provocative and yet In a super posh way

From the first three seconds I heard of this song I knew I was in love. I turn it on and feel like I’ve time traveled to 1920’s Paris.

The way they replicated this makes me feel like this song came out 100 years ago... It makes me want to dress in my finest and find someone to take home haha.

The Bryan Ferry Orchestra – Back to Black
Track

I love Amy Winehouse and I don’t think there will ever really be another female artist to touch what she managed to do in such a short period of time, but I do have to say this rendition of "Back to Black" has absolutely topped the original for me.

This song makes me so emotional. I remember every song that has touched me in such a way - I can probably count them on my hands. It feels like heartbreak but with an underlying touch of optimism. The longing in his voice in the sample they used haunts me. Love what they did here with Perry Como's “When You Were Sweet Sixteen."

I really love the piano in this one. I want to play just the beginning of this song again and again. The way she sings is so elegant it makes you forget your hearing the same line over and over - I would steal it if I could.

Favorite song right now. This song is so sexy and not in a cheap way one bit. Bryan Ferry’s vocal in this sounds like what velvet feels like.

Madeline Peyroux – Between the Bars
Track

Originally by one of my favorite artists of all time (Elliott Smith) - “People you’ve been before that you don’t want around anymore they push and pull and won’t bend to your will, I’ll keep them still” - It’s kind of a really strange sad way to say I love you but I love this lyric for that reason. Her vocal delivery on this rendition is eerily similar to something you’d hear on an old record and I love her take on it for that reason.

There’s something really elegant and yet really dark about this song. It makes me feel like I’m walking into an underground black tie event.. it’s not technically ragtime or swing but there’s something about it that feels like it could’ve been in a scene in The Great Gatsby.