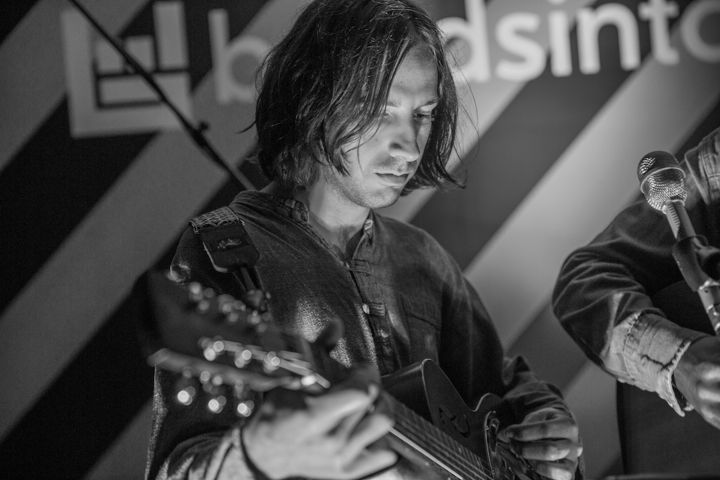 We can hardly think of something better than best friends who know how to harmonize. And SoCal based high school buddies Sam Blasucci and Clay Flinch of Mapache are just that. Paired with delicate, acoustic guitars, the duo creates soothing tunes that encapsulates their west coast upbringing. They’re having the time of their lives, writing and performing jam-inspired songs across the world and representing their stomping grounds.

Though they’ve been friends for awhile, the duo only started recording music back in 2017. Mapache hit a mark with folky numbers that feel as cozy as a summertime campfire. Their first, self-titled LP showed they were taking folk to the next love with touches of Americana and a blend of Hispanic influences prevalent in Cali. One of the duo’s most popular songs is actually a full Spanish cover of “Aquellos Ojos Verdes” by Los Rancheros. Last year’s EP Last Lonesome Cowboy saw the two-piece turn towards traditional country, but keep it bright with cheerful melodies and twangy strings.

Their mission to spread love through music continues into 2020. After wrapping up a US tour this past winter, the band booked a slot at the iconic jam-band festival, Lockn’. Even though they might not be able to perform this feat now, the band still has an exciting project on the horizon: their new album! From Liberty Street just dropped last week, and Cali’s lonely cowboys are still keeping it slow and homey with a bit of electric guitar too. Make sure to give it a listen here.

Sam and Clay shared their all-time favorite songs below, so be sure to check them out and hear the songs that helped make Mapache’s music what it is today. And don’t forget to track them on Bandsintown!

Ultimate BBQ relaxation song. Art Laboe Classic. One of the best songs ever made.

Pretty much everyone cool ever, all on one track. Jerry’s pedal steel at the end is maybe the most beautiful moments I can think of.

“Do You Believe in Magic?” - The Lovin’ Spoonful

The Lovin Spoonful - Do You Believe in Magic?
Track

Sweet, sweet little string of songs that Pete Seeger is the master stringing together

This song is so simple and beautiful, and classically romantic in the style of Jonathan Richman

This is such a sandy song. It has the most beautiful lyrics and somehow finds the perfect way to describe a sandy babe.

You can really hear George’s perm in this song. It’s so beautiful. The guitar solo especially sounds so good and the harp is my favorite part.

The harmonies of the acoustic guitars in this song steal my heart away every time. The way it was recorded is so special too, it’s very clean but still has a lot of character in its quirks. Tim Hill does a great version of it, that’s how I found out about the song. I play it for my dog quite often because of the line “...you kissed me with your face all dewey wet” which makes me think of his wet nose. Rosco loves the song as well.

Sade - All About Our Love
Track

On a van ride back to LA late at night after a tour a while back I listened to the entire Lovers Rock album in my headphones in the back seat. This song stuck out as extra sweet and beautiful. Such simple and powerful lyrics.

Ledward Kaapana is one of my all time favorite guitar players and singers. This song shines in the last 30 seconds especially.