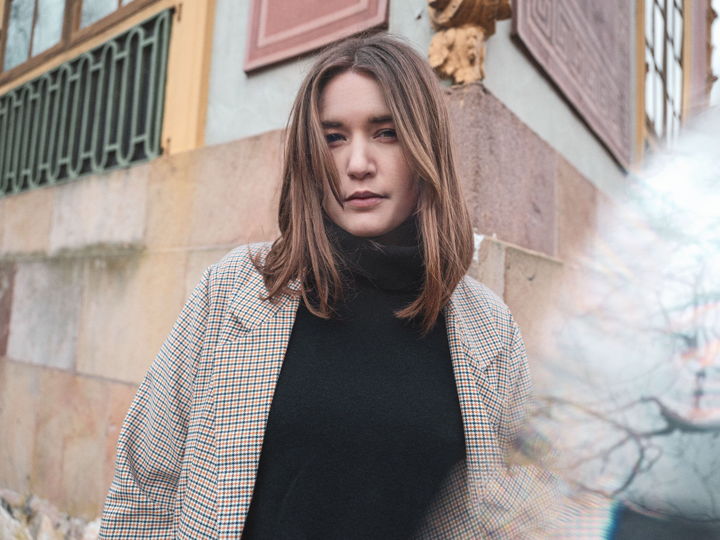 What screams badass more than a yellow velvet pantsuit? How about a name like Freja the Dragon? We’re talking about Swedish producer Freja Drakenberg’s alter ego, of course. Born out of long, strenuous recording sessions, Freja the Dragon is her solo project and the brainchild of extensive work with legendary songwriter and producer Björn Yttling of Peter Bjorn and John.

After graduating from the UK’s acclaimed Royal College of Music in 2016, Drakenberg assisted Björn Yttling in the studio. The Stockholm-based songstress’ vocals and innate musical ability were so vigorous that she joined Peter Bjorn and John on tour. Soon, a dynamic duo developed with Ytting and Drakenberg and her music persona was created.

Since then, the 28 year-old has released her single “Tell Me I’m Wrong," which is included on her recently released EP, Long Gone Girl. Filled with compelling pop music with a clear, sophisticated approach to production, her music will find itself a home with fans of acts like Lorde and SHAED.

On one of our favorite singles off the EP, “Give You All My Love,” Drakenberg sings a heartfelt reminder, “Always you on my mind” over tantalizing, melancholic piano chords. Freja’s piercing vocals really give the power to this song, though. Northwell Health, NY state’s largest health care provider, thought so too, as they tapped the single to soundtrack their latest video campaign to support health care workers amidst COVID-19. Safe to say “Give You All My Love” acts as the perfect background to the moving video.

Freja the Dragon definitely knows how to write songs that inspire, so we asked the singer-songwriter to compile her favorite uplifting songs. “The playlist is a mix of big and minimalistic sounds, with songs that really make me feel something,” she explains. Give it a listen below and check out her upcoming EP Long Gone Girl, which was released on May 8th!

Karen Dalton - Something On Your Mind
Track

This is a song we’ve always come back to when we’ve been listening to reference songs. I love the song and how raw it sounds.

Florence + The Machine - Shake It Out
Track

Florence is always one of my go to artists when I want to get inspired. She deals with heavy topics in her songs and leaves you overwhelmed, but with some hope and I just want to move to the music. She is also one of my favorite singers.

This is a song that is an inspiration to leave the production with a few organic elements.

Jade Bird - I Get No Joy
Track

Love her songs, her voice and I just wanna play live when I listen to this one

When I discovered this song I really wanted to have a similar song myself with the same feeling. Then I realized I actually had started writing a song with the same theme dealing with anxiety/depression that also has this groovy and positive vibe in the music. One can say this song inspired me to finish "Cut Me Loose."

When I find a song that I like I have it on repeat, and this song has been of them. We quickly added this one to our reference playlist to get inspired by the groove and bass sound.

This song has a few well chosen elements in the production. When we worked on the EP, our goal was to find a few perfect sounds that we could reuse in different ways.

Empire of the Sun - Walking On a Dream
Track

We wanted to combine organic sounds with static elements like drum machines that changed when you got to a new part in the song.

Fever Ray - If I Had a Heart
Track

I love the darkness in this song, combined with Karin's fragile voice.

Maggie Rogers - On + Off
Track

This song has beautiful lyrics and melodies. It also has cool sounds that are difficult to define what they are, both organic and experimental.