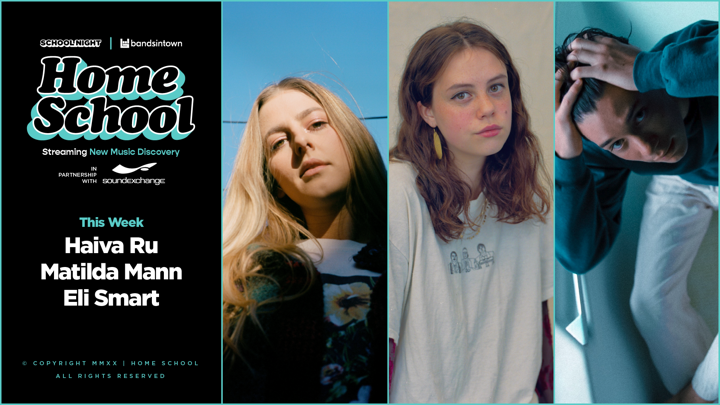 Home School is an exclusive weekly digital concert featuring hand-picked performances by the most compelling new artists from around the world, curated and presented by School Night, Bandsintown, and Tom Windish with support from SoundExchange. Tune in today at 7PM EST at live.bandsintown.com to secure your spot to hear extraordinary upcoming artists.

Read on to find out more about the performers taking the stage on December 1st below!

20 year old singer-songwriter from West London draws inspiration from her childhood as well as Avril Lavigne, Gwen Stephani, and other pop legends to bring you a chill, vibey pop sound. Her debut EP, If That Makes Sense, is influenced by notes taken from conversations with her friends, or things overheard in the pub she worked at. Her latest release, Because I Wanted You to Know is even more special and makes her one to watch!

Haunting vocals and beat-driven melodies make Haiva Ru a dream artist. Ths alt-pop artist with electronic and folk influences was classically trained but continued to push the envelope as her recognition grew. She taught herself how to self-record, produce, and engineer making her a talented jack-of-all-trades.