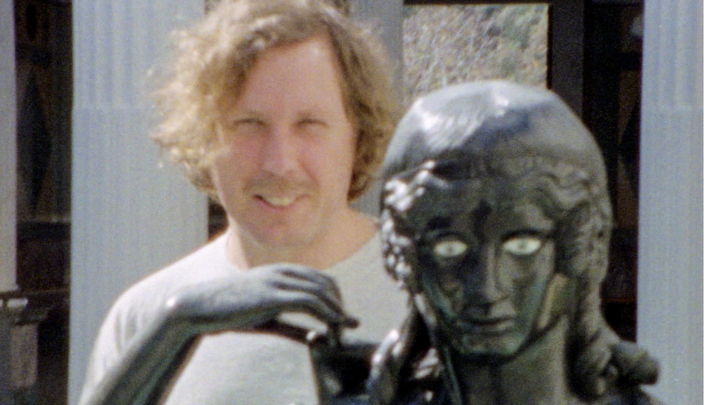 Nick Winfrey, Sina Salessi, and Alex Galindo make up the edgy pop Los Angeles trio Adult Books. After the release of their debut album Running from the Blow in 2016, Adult Books toured for two years leaving the band in search of inspiration.

Three years later, Adult Books is back and better than ever with their new single “Innocence”. Recorded by Jonny Bell (Crystal Antlers) and mastered by Dave Cooley (Ariel Pink, Animal Collective, J Dilla), this track explores the end of a toxic relationship through sacrifice, boasting haunting lyrics and heavy guitar chords that hit you at the core.

The music video is equally as expressive, featuring vintage footage from an early ‘80’s stage production of The Eumenides, the third and final piece to the Ancient Greek tragedy Aeschylus’ Oresteia. The Oresteia focuses on a cycle of revenge that spans decades, and play shows the aftermath of this cycle, with the title character Orestes hunted down by the Furies after killing his mother.

The visuals paired with the bridge of “Innocence” tells Winfrey’s story through the idea of value, surrender, and boundaries. Of the visuals, the band said, "I was immediately struck by the eerily expressionless masks and costumes, which are almost reminiscent of kabuki theater. The old VHS recording also contributes to the haunting look of the footage. I liked the idea of taking the footage from this old play, with its ambiguous and unsettling characters, and repurposing it to tell my own story."

Watching the beautiful and thrilling video below!

Don’t forget to track Adult Books on Bandsintown below!