ChartsNewsReviewsFeaturesLists
Charli XCX is Joined by Fans During Immersive Bandsintown PLUS Show Live From Los Angeles on Friday, March 19th
“For me it was like I needed to create to feel ok,” said Charli XCX.
News
Share on facebook
Share on twitter 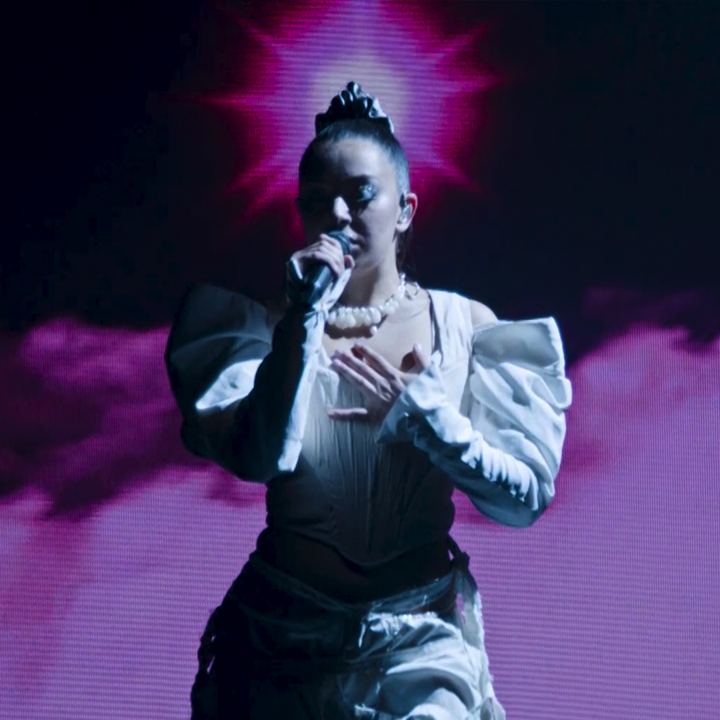 The livestream concert presented a flawless performance from Charli who delivered a powerful and multi-sensory experience like no other. The multiple striking sets and lighting design was full of references to 70s glamour and bedroom intimacy. Charli seamlessly moved through a selection of hits captivating the audience at every turn. Charli performed songs from her album, how i’m feeling now, along with others including Spinning, Gone, Boys, Forever and more.

Charli XCX created how i’m feeling now from scratch in five weeks from home during the 2020 COVID-19 lockdown, an album which she was awarded the Variety Hitmakers award for ‘Innovator of Pop’ and was Mercury Prize ‘Album of the Year’ shortlisted. Upon the release the album received rave reviews for not only it’s ground-breaking music but also for it’s speed and DIY aesthetic, plus opening up the process publicly online for fans to collaborate, something which no artist has ever done before.

“For me it was like I needed to create to feel ok,” said Charli XCX. “I needed it to make me feel good and hopefully in the process of that I was able to make some of my listeners and fans feel good too.”

Prior to the show, Charli XCX and Bandsintown PLUS offered fans a chance to dance alongside Charli through video submissions of fans “performing” (lip-syncing) to “Forever.” Selected winners were invited to stream live into Charli’s performance, and she also surprised 25 fans with a private pre-show Green Room Zoom call.