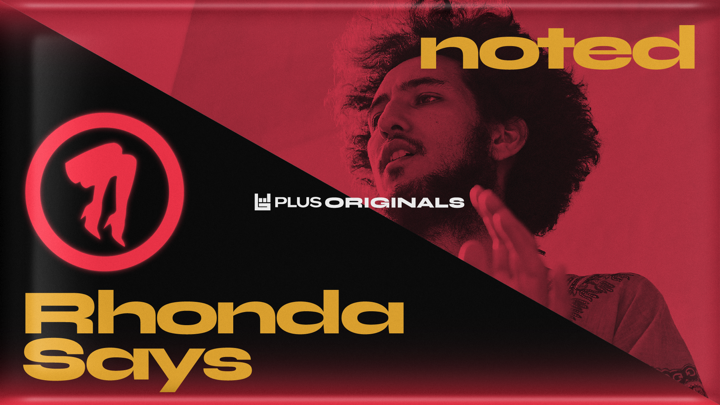 Bandsintown PLUS, a first-of-its-kind subscription service delivering exclusive live streaming experiences to everyone, everywhere, announced today “PLUS Originals,” a slate of ongoing music content series to add to its diverse lineup of music programming offerings, with new series to be announced in the coming months.

Live from ETA Cocktail Bar in Highland Park, “NOTED” is a night of improvised music and off the cuff conversation hosted and curated by musician, composer and producer Abe Rounds. Born out of an informal jam session that’s hosted some of the biggest talents in the modern jazz scene, “NOTED” brings the essence of jazz and freedom of expression into a new era of live performance.The ETA Cocktail Bar is a humble neighborhood bar that’s become an unlikely hub for LA’s booming contemporary jazz scene, where world-class musicians and up-and-coming talent mingle, and the casual atmosphere encourages boundary-pushing improv sessions.

The new Bandsintown PLUS Originals series “NOTED” brings that experience to your screen with weekly improvised performances by ETA regulars like Tortoise guitarist Jeff Parker and multi-instrumentalist Andrew Bird, joined by host Abe Rounds on drums. With a rotating cast of performers, spontaneous conversations and ETA’s laid-back charm, “NOTED” is a showcase for free expression and the essence of jazz. Recorded by Bryce Gonzales and directed by Caitlin Gerard, “NOTED” is the inaugural kick-off of PLUS Originals content, recurring on Wednesdays at 10:00 p.m. ET / 7:00 p.m. PT, with episode 1 debuting April 28. Join the fun at https://m.bnds.us/diDQzV.

You can find the upcoming “NOTED” schedule here:

“I’m honored to join NOTED to celebrate the art of jazz,” says Andrew Bird. “I’ve worked and performed with Abe before and he’s a tremendous artist. There’s nothing quite like the spirit of improvisation and I’m looking forward to a magical evening of music on May 5.”

Hosted from a secret location in Silverlake, “Rhonda Says” will bring A Club Called Rhonda’s infamous dance parties directly to viewers’ homes. The new PLUS Originals series will be hosted by A Club By Rhonda co-founder Loren Granich aka Goddollars, along with Gregory Alexander and Matty Pipes. “Rhonda Says” is a weekly love letter to the best in underground club music on Earth from LA's premiere pleasure vessel, Rhonda INTL.

A second generation DJ born and raised in LA, Granich grew up surrounded by his father’s extensive dance music record collection and spent his youth within the walls of his uncle’s punk rock record shop, totally immersed in the LA music scene since he could walk. 10 years ago he co-founded A Club Called Rhonda, known as the infamous sex-positive discotheque dedicated to world-class DJs and pansexual pleasure (where he is a resident DJ under the pseudonym Goddollars). The production company Rhonda INTL soon followed, bringing Rhonda's message of Passion, Pleasure and Possibility to party people the world over. Produced by Rhonda INTL, Mack Sennett Studios and IHEARTCOMIX, “Rhonda Says” takes place on Thursdays at 11:00 p.m. ET / 8:00 p.m. PT, with episode 1 debuting May 6. Join us at https://m.bnds.us/entKfl.

“We are thrilled to bring PLUS Originals to Bandsintown PLUS and give fans even more great music content as part of our diverse lineup. At the end of the day, our goal is to help build a community where artists and fans can connect, and these ongoing series will open new doors for that to happen,” says Fabrice Sergent, Managing Partner of Bandsintown. “NOTED and Rhonda Says are prime examples for how livestreams will live long past the return of in-person concerts. The real-life audience for shows will be expanded to include fans taking it all in from home and give new options for artist Q&As and fan interaction. We’re excited for opportunities like this and can’t wait to share what else we have in store for music lovers in the near future.”

Upcoming Bandsintown PLUS performances and Q&As include: Faye Webster, Devendra Banhart, Chelsea Cutler, Portugal. The Man and Sylvan Esso, and along with the recently announced pay-per-view and replays of select shows on the platform with The Microphones’ Phil Elverum and single show ticket offering with Lucius.

Since its debut in January 2021, Bandsintown PLUS has produced memorable shows and fan Q&As led by guest hosts like Talkhouse Podcast host and producer Elia Einhorn. Highlights include Phoebe Bridgers performing a live acoustic set with Ethan Gruska; Jeff Tweedy performing with his two children followed by a rare Q&A; Chromeo performing a special set of fan requests from their Burbank studio followed by Ian Isiah singing a live rendition of AUNTIE, the album produced by Chromeo; Adrianne Lenker of Big Thief’s first solo livestream where she performed while her grandmother painted alongside her; Empress Of performing after Chrome Sparks from the studio that he visually converted into a stylish flower nursery; a green-screen performance by Claud featuring original illustrations; Arlo Parks’ luscious performance on the heels of her critically acclaimed album; Cole Preston, Braeden Lemasters and Dylan Minnette of Wallows who debuted their recent EP “Remote” and drew in over 18,000 chat messages within their 1-hour show and Q&A; and an explosive live show with Omar Apollo, a Bandsintown 2018 Big Break artist who has since signed with Warner Records and released his debut album Apolonio to critical acclaim in 2020; an immersive show by Charli XCX where winners were invited to stream live into Charli’s show which followed with a surprise Green Room Zoom call with 25 lucky fans; and many more.