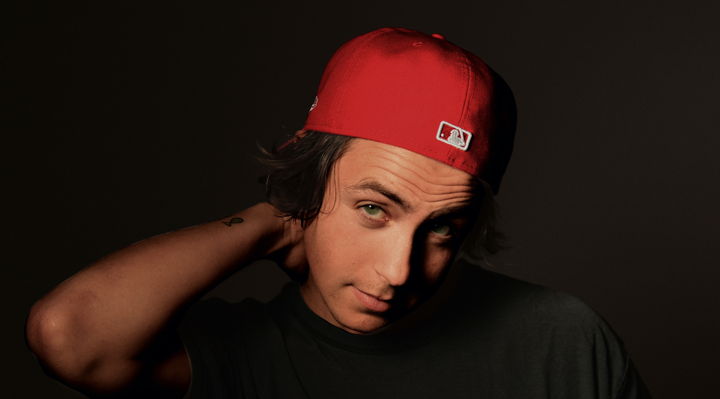 Ian Johnson aka Arrested Youth joins for this second edition of the Bandsintown, Hypebot, and CelebrityAccess touring artist interview series “Six Questions With.”

Johnson not only recorded and released a new album during the pandemic, but he also used Instagram Live to collaborate with fans to write, record, and release a second one.

Now he’s out on an extensive live tour, first as a club headliner and then next month opening for Twenty One Pilots in arenas.

Q. You wrote and released a collaborative EP with your fans during quarantine. What was that process and did it turn out as you expected it to?

Arrested Youth (Ian Johnson): It far exceeded my expectations. I was working on a song in my home studio one night early on in the pandemic and decided to run the session on Instagram live. People seemed to love taking part in writing the song with me. I was blown away by how creative everyone was. We ended up writing six songs together, and I decided to put it out as a fan-written EP. To my knowledge, it was the first of its kind!

Q. Your current studio album "Nonfiction" was produced by Goldfinger's John Feldmann and features Blink 182's Mark Hoppus. How was it to work with those two legends?

Arrested Youth (Ian Johnson): It’s been incredible working with John. He has mentored me for the past two years and we’ve grown incredibly close. I’ve learned so much from him. Mark is such a stand-up guy. Working on ‘Find My Own Way’ with him was a flawless process. We wrote his verse over a Zoom session, and the next day we had a final rough mix on the song. We all immediately loved it!

Q. Tell us about your first live show post-pandemic. What did it feel like to be back on stage?

Arrested Youth (Ian Johnson): Right now we’re on our first headline tour for my new album, ‘Nonfiction’. It’s been an incredible experience. It’s such an uncertain time in the world, but these shows have brought so much hope for the future. Being back on stage doing what I love and connecting with others who care about my music is the best feeling in the world. It feels great to be back out there.

Q: You are currently on your own headline club tour and then next month you're opening up for Twenty One Pilots in arenas. Does each kind of show feel different as a performer? Do you adjust your show?

Arrested Youth (Ian Johnson): Right now we’ve been focused on building a headline club show we love, but we’ve definitely had conversations on how we will adjust the show once we begin opening for Twenty One Pilots. Our headline show is around 50-minutes. But we’ll have to cut that down to about 20- minutes when we begin opening. It’s worked out great to have our club tour first because it’s allowed me to keep a close eye (and ear) on what songs resonate best in the live space. Soon I’ll decide on which six songs we’ll play from our 15-song headline set.

Q: When you’re on the road do you have any routines, habits, or “must-have” items in the dressing room?

Arrested Youth (Ian Johnson): Absolutely. I’m very routine-oriented before the show. It’s pretty standard stuff. Two hours before we go on, I listen to the setlist on my Airpods. I walked around the venue, hang in the green room, stretch, etc. while listening and visualizing the show. An hour out from showtime, I make some tea and just chill out for a while. Once we’re 30-minutes out, I do my vocal warmups and sing a few choruses from the setlist. Then it’s showtime!

Arrested Youth (Ian Johnson): A lot of people ask how I have so much energy on stage while sustaining breathe. I attribute most of that to running. I run anywhere from 3-9 miles a day on tour. It just keeps me incredibly happy and sane. Plus, it’s a great way to sightsee and get to know a new town/city.