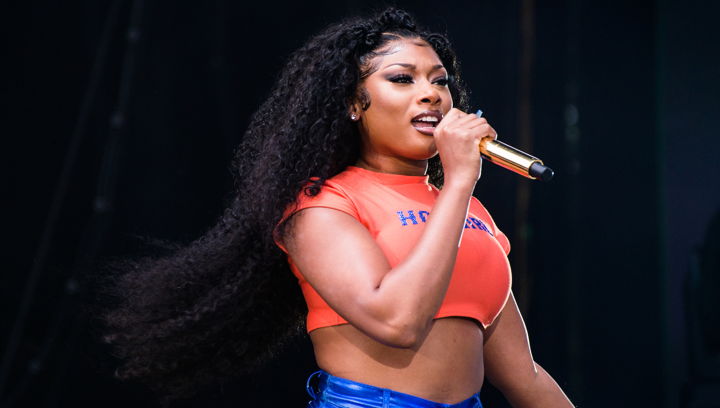 Heads up, hip-hop fans: some of the hottest rappers on the planet are heading out on the road in the coming months. That includes Tyler, the Creator (who’s bringing along Vince Staples and Teezo Touchdown), Megan Thee Stallion (opening for Dua Lipa), Playboi Carti, Lil Baby (with Lil Durk and Coi Leray), Moneybagg Yo, Trippie Redd, Tee Grizzley, Roddy Ricch, and Lil Tecca. Head over to bandsintown.com or download the app to find tickets to shows near you.

Tyler, The Creator is heading out on tour next year in support of his newest album, CALL ME IF YOU GET LOST. The Grammy award-winning rapper will be bringing his show to arenas worldwide beginning February 10 in San Diego. Kali Uchis, Vince Staples, and Teezo Touchdown will serve as opening acts for the North American leg.

After a whirlwind festival season, Megan Thee Stallion will be hopping on Dua Lipa’s Future Nostalgia Tour for three very special shows. The “Hot Girl Coach” will join the British pop star in Denver, Tulsa, and Phoenix in March. Fans can expect to see her perform all her hits and most iconic dance moves.

It has been almost a year since Whole Lotta Red was released, and it is now time to hear it live. Playboi Carti is set to kick off the Narcissist Tour on October 14 in Nashville. The tour, which will conclude in December, will take the star to Red Rocks Amphitheater, The Forum in Los Angeles, and Brooklyn’s Barclays Center.

Lil Baby is on the road again. The hitmaker’s Back Outside Tour, with special guests Lil Durk, Coi Leray, and Rylo Rodriguez, has been visiting arenas nationwide since September. Fans can still see him in Tampa, New Orleans, Memphis, among other cities. The “The Bigger Picture” rapper will also perform at Day N Vegas on November 13.

Moneybagg Yo’s A Gangsta’s Pain Tour is already in full swing. The run began September 29 in Tampa, and the “Wockesha” performer will wrap his tour on October 26 in Seattle. He is joined by Fredo Bang, BIG30, Big Homiie G, Blacc Zacc, and TripStar on this run.

Trippie Redd is currently on the road in support of his new album Trip at Knight. The tour, which began in August, concludes at the YouTube Theater in Los Angeles on October 6. Though his headline tour is coming to a close, the 22-year-old rapper will take the stage at Rolling Loud New York on October 28.

This Fall, Tee Grizzley is bringing his Build For What Ever Tour to a city near you. Shows began October 5 in Seattle, and will continue on in cities like Chicago, Indianapolis, and his hometown of Detroit. The prominent Twitch streamer will conclude his tour on November 18 in Norfolk, Virginia.

Roddy Ricch is appearing on some powerful lineups this Fall/Winter. The rapper, who had two #1 Billboard Hot 100 hits last year, will perform at Rolling Loud New York on October 30. He will also join Megan Thee Stallion, Lil Durk, Saweetie, and more at Power 99 FM’s Powerhouse concert at Wells Fargo Arena in Philadelphia.

Starting in February, Lil Tecca will show his admiration for his fans on the Tecca Loves You Tour. The “REPEAT IT” rapper can be seen at clubs and theaters across North America through April 8, when he concludes his tour at Terminal 5 in New York. Lil Tecca will be joined by Baby Santana on all dates.