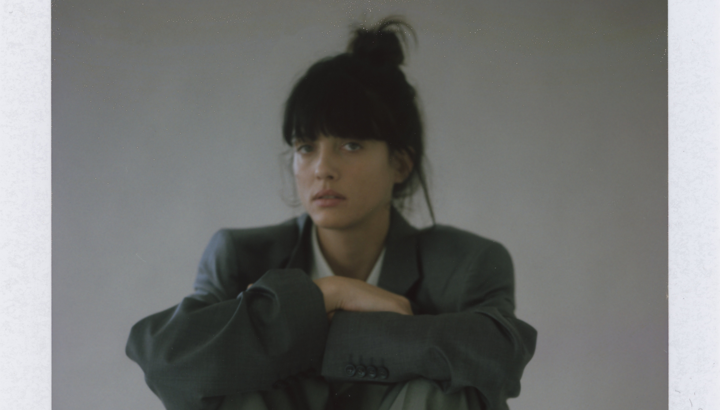 We caught up with her in the middle of an extensive US and European tour for the latest edition of the Bandsintown, CelebrityAccess, and Hypebot sponsored “6 Questions With” series.

Since releasing your album in March, you’ve done shows for television, radio, and more. But what was your first post-lockdown in-person live show his year and how was it? Was it Lollapalooza?

Noga Erez: Well, Israel, my home country, had been back doing shows a long time before that. So basically, since last April we were in show mode, doing multiple concerts before going to the US. Lollapalooza was our first show outside of Israel. I’m so happy to be here, going to all these places, getting to know America for the first time as a touring artist. People have been extremely generous to us. I love everything about this tour.

You are doing a series called “Kids Against The Machine'' reimagining the songs from your album with lush live instrumentation. Did you do it to find new arrangements that might work better as part of your live show or were there other motivations?

Noga Erez: Well, it was simply curiosity at first. Rousso my partner and I were getting this new vibe from our songs, like they could work without their production, like they stand on their own. It wasn’t always like that. But we were curious so we gave it a shot. The first one we did was for VIEWS, and when we released it, it became so popular, that we thought we should keep the experiment going.

In general, as a singer/songwriter/producer/performer, when you are writing and recording a new song or album are you thinking about how it will translate to the stage, or does that usually come later?

Noga Erez: I don’t write music for the stage. I mainly try to see what will move something within me. Whether it moves me in an emotional way. or makes me wanna dance, or makes me think. If I can get at least two of those in a song I’m on the right path. I’ve learned that wanting to make songs that will kick ass at shows is this urge that you gotta kinda control. You can always pump up the production so it suits the stage better.

You're heading out on an extensive tour in the US and then Europe. Tell us about it and are there any gigs that you're particularly looking forward to?

Noga Erez: Yeah, it’s a big one. Everyone at home was so worried, like how are you gonna do all these dates and stay alive. We’re halfway through the US tour and it’s just amazing to see how incredibly important this is. Every show matters. The smaller and the bigger ones. If you are willing to take the room, it’s yours. It’s a different challenge every time and makes the experience more interesting.

When you're on the road do you have any routines, habits, and "must-have" items in the dressing room?

Noga Erez: I have them and then I lose them. I went on this tour with a bunch of vitamins, took 'em on the first week, and stopped. I have a very basic vocal warm-up that I do, but when I feel like it’s just stressing me out I don’t do it. Generally, I don’t do rituals.

Noga Erez: I started drinking coffee when I was 5. Had a sip from my mom’s and fell in love. She tried to stop me but it was literally impossible.