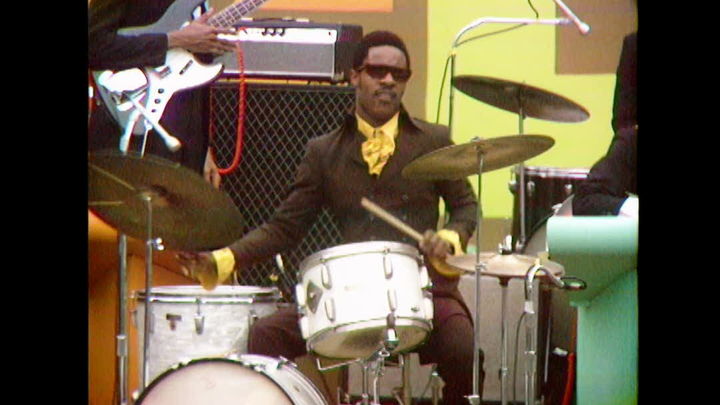 There’s nothing like being at a concert. The atmosphere, the feeling of being in the presence of your favorite artists. But, we will take any chance to relive an iconic show, or watch it for the first time, in the comfort of our own homes. Plus, getting a behind the scenes look at massive stars is pretty cool too. From Madonna’s Truth or Dare to Sign O’ The Times starring Prince, we have created a list of 12 concert documentaries to watch when you’re in the mood for the perfect music film. Check it out below!

Madonna’s 1990 Blond Ambition World Tour is the prime example of an arena pop show. It was even named one of the 50 Greatest Concerts of the Last 50 Years by Rolling Stone. Truth or Dare offers a glimpse into Madonna’s life on the road, including how she deals with controversies surrounding the tour’s religious imagery. It lets you in on the life of the Queen of Pop, making it a must-watch for any music fan.

Although it was only released this year, Summer of Soul (... Or, When the Revolution Could Not Be Televised) is already a quintessential documentary in our eyes. Directed by Questlove, the film shows never-before-seen footage of the 1969 Harlem Jazz Festival, with mind-blowing performances from Nine Simone, Stevie Wonder, Gladys Knight & The Pips, and many more iconic artists. If you are looking for classic concert clips, as well as heartwarming testimonials from those who attended the festival, you have to watch this film.

Stop Making Sense is a “Once in a Lifetime” viewing experience. The film features a Talking Heads concert from start to finish, and it is mesmerizing. Frontman David Byrne, in his signature “big suit,” leads the band through classics like “Psycho Killer” and “Burning Down The House.” For anyone looking to indulge in a full concert from their home, this is an outstanding choice.

In this documentary, the fans are in charge. No, literally, this film was shot entirely by fans at the Beastie Boys’ 2004 Madison Square Garden concert. Audience members were given camcorders to film the show from their point of view, offering viewers at home a perspective not often offered in concert movies. Whether you’re a Beastie Boys fan looking to relive a concert, or you just want to watch a fun show, press play on this one.

Any concert by this pop legend is a must-see. In Sign O’ The Times, Prince and his band perform the album of the same title to adoring, enthusiastic fans. The concert is theatrical, with eye-catching dancers and skit interludes throughout. There is no better way to honor Prince than diving into his art, and this film is the perfect way to do so.

The Monterey International Pop Music Festival is historic, and lucky for us, it was all captured on camera. The 1967 festival marks the debut of The Jimi Hendrix Experience and Janis Joplin and The Who's first major performances. The festival was a gathering of tons of iconic bands including Jefferson Airplane, Otis Redding, and Grateful Dead. Check out this documentary for the chance to see dozens of classics on one stage.

T.A.M.I Show features performances from The Beach Boys, The Rolling Stones, James Brown, and many other music staples. The concert, held specifically for teenagers, was shot in Santa Monica in October 1964. What T.A.M.I stands for, however, is contested, with the acronym referring to “Teenage Awards Music International” and “Teen Age Music International.” No matter what it means, this is absolutely a can’t-miss concert documentary, capturing a monumental time in music history.

A concert without an audience? Just trust us. Pink Floyd: Live at Pompeii is something to behold. It features the band performing at an empty Amphitheatre of Pompeii, as well as behind the scenes footage of the recording of Dark Side of The Moon. How often do we get to see a rare performance and the creation of an iconic piece of work? This movie allows us to witness both, making it a must-see.

This documentary shows the reality of being in a big-time band; the fun, the stress and everything in between. It follows Radiohead as they tour their trademark album OK Computer, featuring performances and interviews with the group. If you are looking for a glimpse into this era of 1990s rock music, this is a great place to start.

In 2007, the White Stripes embarked on a journey to perform in every Canadian province. To fulfill this dream, they played pop-up performances in random locations, and of course, some major concert venues. Thankfully, the entire journey was captured in this documentary. Under Great White Northern Lights features concert footage as well as the duo exploring Canada. It is a unique take on touring, and it is a joy to watch.

Inspired by Madonna’s Truth or Dare, this movie follows Sonic Youth on their 1991 European tour. It also features Nirvana, Ramones, Dinosaur Jr., and other members of the punk rock scene. The film includes performances from Sonic Youth, but is perhaps most known for its parodies/references to scenes from Truth or Dare. For all you music documentary nerds out there, this is a crucial watch.