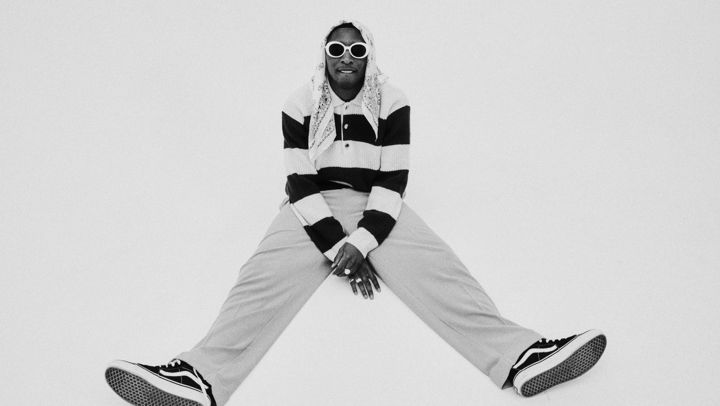 Rising star Samm Henshaw had quite an eventful 2020-21 despite the pandemic. Known for his cheeky lyrics and soulful sound, this “NPR Music 2021 Slingshot Artists To Watch” will cross the pond for a mid-November US mini tour in support of his recent string of releases and to tease his highly anticipated debut album Untidy Soul (set to be released January 28th via AWAL).

We caught up with Henshaw at home in the UK for the latest edition of the Bandsintown, CelebrityAccess and Hypebot sponsored “6 Questions With” series.

You’ve released some very well-received singles over last year and your first full album drops January 28 via AWAL. How was it to write and record during the pandemic?

Samm Henshaw: To be honest it was sort of weird at the beginning, but we figured it out, we basically did the majority of the recording over Zoom, my main producer Josh Grant and co-writer Emma DD are based in LA so I would have to stay up very late, record all night and sleep during the day. It was actually quite hard to get out of being stuck in the US time zone.

If I remember correctly you were in the middle of a major US tour in March 2020 when the pandemic hit. How did that feel and how did your plans change as a result?

The shift in momentum was sudden and that was quite difficult but overall like most people we just had to accept the change and adjust.

Tell us about your first "post-pandemic" live show. What did it feel like to be back on stage?

Samm Henshaw: I literally did my first post-pandemic show two weeks ago in London, it was such an amazing experience. I felt overwhelmed just seeing people sing along and have a good time, it felt great!

You are performing live in NYC, Atlanta, and LA in mid-November. Will you be teasing the new album live?

Samm Henshaw: Yesss, the show is a mixture of some released stuff and some unreleased stuff so it’s definitely a taster of what’s to come from the album.

Samm Henshaw: No must have items, actually possibly my vocal inhaler it helps clear my throat before show. The one thing I always do is sleep for most of the journey. I love sleep and sleep loves me.

Samm Henshaw: Ermm… I only started singing around 2 years before I released my first EP. Not sure if that’s an exclusive piece of information but I'm sure not many people know that about me.

Find all of Samm Henshaw’s US and European tour dates on Bandsintown.