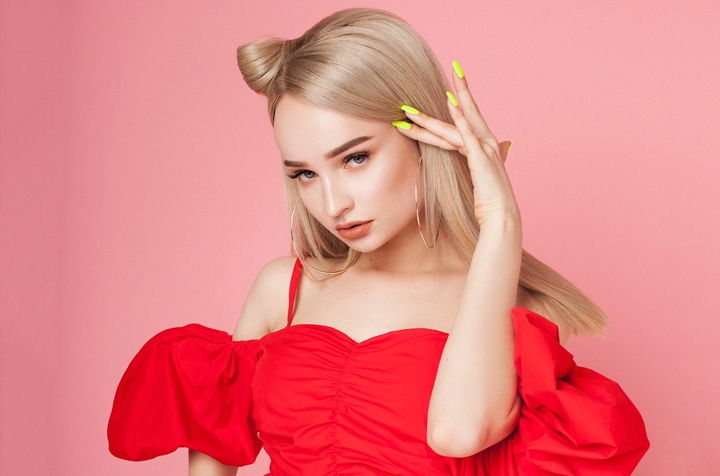 The future of music is trans. Celebrate Transgender Awareness Month with us by checking out some amazing trans artists—from the late sonic pioneer SOPHIE to Southern Gothic singer Ethel Cain to rapper Mykki Blanco—who are all pushing pop forward. Read all about these musicians below, and be sure to track them all on Bandsintown!

When SOPHIE passed away in January 2021, the artist and producer left behind an incomparable legacy. Her artist-defining work with Charli XCX is some of the most notable pop of recent times, and her album OIL OF EVERY PEARL’S UN-INSIDES is the prime example of glittery hyperpop perfection. SOPHIE’s work paved the way for experimental music today, and her impact will never be forgotten.

100 gecs have a sound that you cannot quite put your finger on. It’s brash and rambunctious, yet undeniably hypnotic. The duo, consisting of Laura Les and Dylan Brady, is known for their catchy hooks and high-pitched tones. Les, who is transgender, has said the group’s trademark vocal distortion seves as a form of her own gender exploration. Once you press play on a 100 gecs song, you will be completely mesmerized.

Ethel Cain’s voice is timeless, marked by her velvety and clear tone. Her songs explore topics related to the American Southern Gothic, such as trauma, poverty, death, and drugs, all with an ethereal alternative rock sound. “Crush,” a single from Cain’s 2021 EP Inbred, sounds like a smooth drive down the California coast, but its lyrics tell the story of a dark and toxic relationship. This is what makes the 23-year-old’s music so bewitching—you just have to check her out.

Mykki Blanco is one of those artists who commands your attention, on stage and off. Their danceable, introspective tunes are utterly captivating, and you cannot help but feel every single word they’re saying. Plus, they are one of the best live performers out there. The rapper’s 2021 album Broken Hearts & Beauty Sleep flawlessly combines funk, R&B, and exquisite lyrics, making it an absolute must-listen.

If you are looking for a remarkable multi-genre talent, Laura Jane Grace is the answer. From the grungy punk sounds of her band Against Me!, to the nostalgic rock of Laura Jane & The Devouring Mothers, to her most recent project, a solo pandemic-inspired acoustic album called Stay Alive, she excels in all genres. Her music is also absolutely timeless. What more could you ask for from an artist?

Take a deep dive into the world of Beverly Glenn-Copeland. Throughout his discography, he pairs his atmospheric voice with exciting synths, creating an almost-cinematic sound. The Canadian artist began making music in the late 1960s, but his music is still being discovered today. In the 2019 documentary Keyboard Fantasies, Glenn-Copeland explores his newfound young fanbase and his reintroduction into the music world. Recently, his songs have been reworked by artists like Bon Iver and Kelsey Lu. He is, without a doubt, an underrated icon.

Anohi has been pushing the boundaries of pop music for over two decades. Her first album came out in 2000, and since then, she has gone on to make some extraordinarily reflective art-pop tunes. Anohi came to the forefront in 2016 with her album HOPELESSNESS, a fearless and exhilarating look at modern society. If you have not had the chance to listen to Anohi, this is the perfect time.

Keep your eyes on Juliana Huxtable. The Berlin-based DJ, artist, writer, and performer is known for her colorful commentaries on gender, as well as her truly incredible self-portraits. Huxtable has had her work showcased in museums and clubs around the US and UK, written two books, and created some pretty mind-blowing music with SOPHIE. One thing’s for sure, she is an artist who can do just about anything.

Kim Petras has been delivering some of the brightest bubblegum pop of recent years. Adored by everyone from Ariana Grande to Paris Hilton, Petras has captivated audiences with her unforgettably catchy lyrics and fun stage presence. She has released nothing but non-stop anthems since her debut in 2017, and her most recent single “Future Starts Now” proves that the best is yet to come.