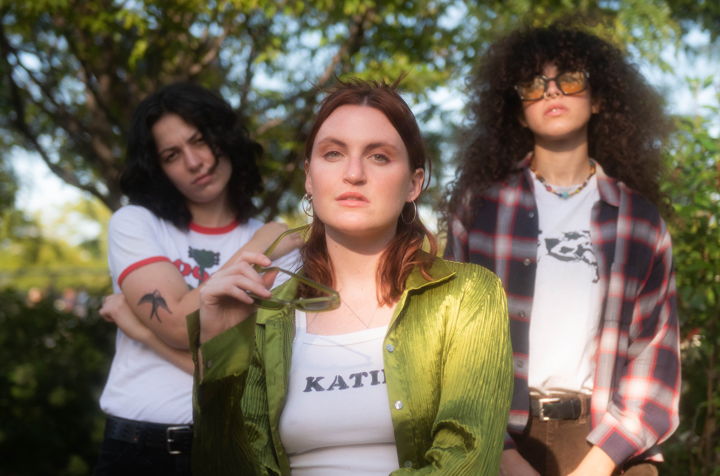 A good opening act is hard to beat. Not only do they set the tone for the rest of the night, but they get to showcase their own music to an eager crowd who may not be familiar with their discography. When you’re buying tickets to an upcoming show, it is always good to take a peek at who will be opening—who knows, you might find yourself screaming along to every word of their set! From WILLOW to Holly Humberstone, here is our list of the can’t-miss opening acts who will be hitting the road in 2022.

Just when we thought we could not be more excited for the Happier Than Ever tour, WILLOW was announced as an opening act. The 21-year-old singer will be joining Billie Eilish on the road from February 3 through February 22, stopping in New Orleans, Toronto, New York, and more. She released her stunning pop-punk EP lately i feel EVERYTHING in July, and she will hopefully be playing all the tracks live (“Transparent Soul” IRL? That sounds pretty amazing). It goes without saying that her TikTok hit “Meet Me At Our Spot” is sure to be a crowd favorite on this tour. Time will tell if WILLOW will pull out the classic “Whip My Hair,” but either way, we cannot wait to see her and Eilish in the same night.

“Life’s so fun, life’s so fun,” right? Chances are, you’ve had “Silk Chiffon,” MUNA’s song with Phoebe Bridgers, stuck in your head for the past couple months, and here is your chance to see it in the flesh. The alternative-pop trio will be opening for Kacey Musgraves on the Star Crossed: Unveiled Tour from January 19 to February 20. The run includes stops at iconic venues like Madison Square Garden in NYC and Staples Center in LA. Their set is bound to include the empowering “Number One Fan,” and hopefully, some new music. We cannot wait to see them command arena stages across the country.

After Australian singer-songwriter Eddie Benjamin was featured in Justin Bieber’s mini-documentary Next Chapter, fans were eager to learn more. Now, the 19-year-old will be joining the singer on his Justice Tour next year, bringing his bass-driven pop jams on the road from February 18 to May 17. We would love to see the Bieber mentee play his Sia-assisted song “Diamond Eyes” and piano cover of “Back To Black” by Amy Winehouse. Keep your eyes out for him!

When Lolo Zouai takes the stage on Dua Lipa’s Future Nostalgia Tour, you will be instantly charmed by her sleek R&B-pop tracks. The French-born, American-raised singer will hopefully be performing songs from her debut album, High Highs and Low Lows, including “Desert Rose” and the hypnotizing “Moi.” We would also love to hear “Scooter,” her new rebellious rap track. Zouai will be joining Lipa on select North American dates in cities like Nashville and Las Vegas. She is the perfect addition to this already iconic tour—do not miss your chance to see her!

MICHELLE is undoubtedly going to turn Mitski’s 2022 tour into a dance party. The New York-based band is known for their gorgeous harmonies and upbeat alternative rock songs. Tracks like “SYNCOPATE” and “THE BOTTOM” are going to have you wanting to hit the floor. Fingers crossed they play “SUNRISE,” their collaboration with Arlo Parks. MICHELLE will be joining Mitski from March 12 to March 31, hitting cities like Denver, Montreal, and Nashville. While you’re preparing to get emotional to Mitski’s signature sad rock, check out MICHELLE for a quick energy boost!

Holly Humberstone is joining girl in red on tour next spring, and she is going to take you on a journey. The British singer-songwriter’s songs range from the heartbreaking guitar ballad “Deep End” to the infectious best friend anthem “Scarlett.” We hope she performs songs from her new EP, The Walls Are Way Too Thin, as well as our favorites from her last project, Falling Asleep At The Wheel. She will be opening for the entirety of girl in red’s North American tour, appearing from March 7 to April 12. If you’re lucky enough to have tickets to this run do not miss Humberstone’s incredible one-woman show!

If you are going to see country-soul phenom Yola live next year, you are going to want to catch Jac Ross’ set. The Florida native has a beautifully captivating voice that will keep you hooked on his every word. From his fantastic cover of “Don’t Let Me Be Misunderstood” to the powerfully inspiring “It’s Ok To Be Black,” Ross has been delivering nothing but gorgeous R&B tracks since he arrived on the scene. He has already joined Yola for a few shows this year, but will continue his run with her from February 8 to April 15, appearing everywhere from Philadelphia to San Francisco. You are in for a treat with this one.