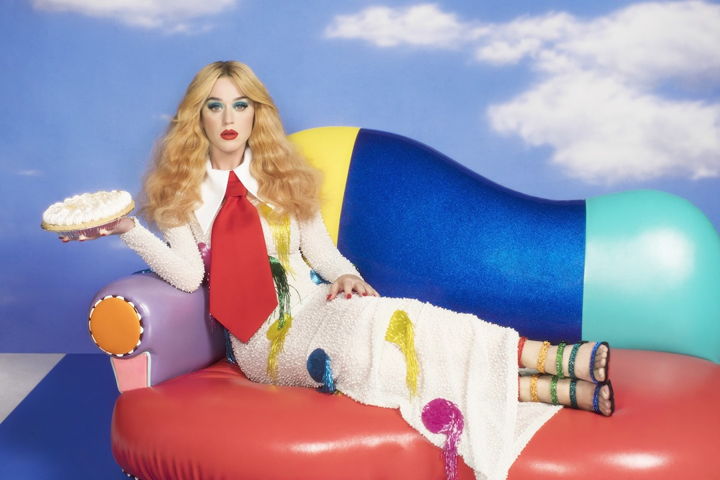 In Las Vegas, there is a little something for everybody, especially live music. Sin City is known for hosting some pretty major residencies featuring huge stars. Whether you are a fan of R&B, pop, country, or anything in between, this is the place to be. Check out our picks for must-see shows below, and let us know who you’ll be seeing on The Strip by RSVPing on Bandsintown!

John Legend has just announced his “Love in Las Vegas” residency, which will kick off on April 22 and go through October 29. The “All of Me” singer will be taking the stage at the Zappos Theater at Planet Hollywood. We cannot wait to see the charming EGOT winner dazzle the crowd with tunes like “Ordinary People” and “Love Me Now.” Tickets go on sale on Monday, December 13. Don’t miss out!

The rumors were true — get ready for “Weekends with Adele.” The megastar will begin her Caesars Palace residency on January 21. She is scheduled to perform 24 shows over 12 weekends, taking her final bow on April 16. These engagements are going to be a dream come true, jam-packed with stunning vocals and emotional hits (“Easy On Me” live? Wow). If you are lucky enough to have tickets to this once-in-a-lifetime performance, be sure to take in every moment.

Usher began his residency this past July, and it has been nothing short of a good time. After a few months off, the “U Got It Bad” star will return to Caesars Palace on December 23 for even more eye-catching shows. With his signature choreography and electrifying hits, Usher is the perfect artist to have a Vegas residency. His 25-song set, featuring songs like “OMG” and “DJ Got Us Fallin’ in Love” will have you entertained all night long.

Now this is going to be fun. Katy Perry’s “Play” residency is set to begin on December 29 and go through March 19. The “California Gurl” will bring her monumental discography and over-the-top spectacle to the Resorts World Theatre. We are hoping she performs the classic “Waking Up In Vegas” as a cheeky nod to her new home away from home. It is hard to imagine a better way to spend a night in Sin City than with this bonafide popstar.

Shania Twain is back in Vegas! The country-pop mainstay wrapped the “Shania: Still the One” run in 2014, before launching her new “Let’s Go!” residency in 2019. Now, after nearly two years away due to the pandemic, she has returned to Zappos Theater. The “Man! I Feel Like A Woman” singer restarted the party on December 2, and has shows scheduled through February 26. Twain puts on an incredible show, filled with nonstop anthems.

Carrie Underwood’s Vegas show is going to blow you away. Her “Reflection” residency kicked off on December 1, and will continue through May 21. The American Idol winner is bringing nothing but country classics to the Resorts World Theatre, including “Undo It” and “Before He Cheats.” If you’re on the hunt for a brilliant show, look no further.

Have you met The Strip’s newest resident yet? Michael Bublé just announced a limited Vegas engagement consisting of six shows at Resorts World Theatre. Fans can see the crooner on April 27, 29, and 30, and May 4, 6, and 7. We cannot wait to see the Canadian singer enchant audiences each night. Tickets go on sale Friday, so get ready for the night of your life!

Sting at Caesars Palace? Count us in. The Police frontman began the “My Songs” residency back in October, and will resume the series of shows in June. It is a night filled with undeniable classics, along with some acoustic moments. These shows are the perfect opportunity for fans of all ages to get up close and personal with this legend.