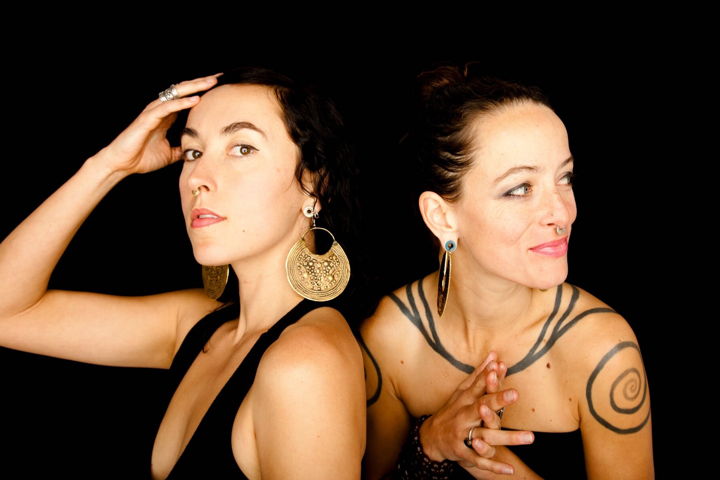 Sisters Leah and Chloe Smith have grown a strong international fan base through relentless touring, tireless activism, and a dogged desire to always move forward. In fast, the ascension of Rising Appalachia offers many lessons in what it means to build a successful independent music career in 2022.

We caught up with them for this latest edition on the Bandsintown, Hypebot, and CelebrityAccess collaborative series 6 Questions With just as they release their seventh album and head out on the road to support it.

Q: You’ve built an impressive career through relentless touring and by doing things on your own and in your own way. But for your seventh album Leylines, you chose to work with legendary producer Joe Henry. What prompted the shift and how did it affect the final album?

Rising Appalachia: We wanted to try something new and have an ear like Joe’s on our work so that we could focus more on the music and less on the production. Many of our folk heroes had worked with Joe and he came highly recommended, so we went for it and formed a beautiful relationship in the studio with Leylines.

Q: You did a couple of live streams during the pandemic. How was that experience and do you see continuing to do any now that live shows are returning?

Rising Appalachia: We did one livestream last year and just filmed our second one live from New Orleans at Preservation Hall. We chose to do only high-quality livestreams, thus taking the less is more approach when so much had entered the online format. Mostly because we found ourselves writing and internalizing our art more during the pandemic and enjoyed the time inward and off stage. Our livestreams were both full productions and joyful experiences, something we loved to be able to offer folks around the world since we can’t travel as much these days.

Q: You played some live shows this Summer and Fall. What was that like after being off the road for a year?

Rising Appalachia: We chose to play only a select few live shows this year, which felt like the right move. Not to disappear entirely, to keep the pulse going, but not to overload our schedule in a time that the world was reeling and demanding us all to move quite differently. We have always done our best to respond to the times, striking a balance between pushing our art and letting it glide a bit.

Being off the road was divine, honestly. It can get exhausting. But the shows we played fully reminded us why we do this work. It’s a dynamic interplay between audience and musician, something that cannot be replaced by screens. Live music will live long in our lives.

Q: You’re about to start a string of US dates including the wonderfully named Gem & Jam Festival in Tucson. Have you played that festival before and are there any shows that you’re particularly looking forward to this tour?

Rising Appalachia: It’s going to be our first time at Gem and Jam and we are looking forward to being in the desert for sure, such a spectacular region of our country. We are also playing the National Hispanic Cultural Center in Albuquerque, which we greatly admire and look forward to.

A post shared by Gem and Jam Festival (@gemandjamfestival)

Rising Appalachia: We walk tons. At every chance we can get, we stroll and stretch and move our bodies in new spaces we travel to. We try to learn a little about what grows in the regions we visit, what foods are in season where we might procure the freshest foods. Meditation in the mornings. Workouts after sound checks. Anything we can do to add some routine to an otherwise non-routine career!

Tell us something about yourselves that fans would be surprised to know.

Rising Appalachia: We were both avid lovers of poetry before song crafting. We both love the way the poets use language in unapologetically strange ways. We both keep pages and pages of poems that never become songs.

See all of Rising Appalachia’s tour dates and follow them on Bandsintown.